It was a special day for Jammu and Kashmir’s cricketing history they won their opening Ranji Trophy match against against Mumbai. Varun Arora speaks to Adil Reshi who was part of the winning team.

Jammu and Kashmir (J & K) entered the record books as they defeated Mumbai by four wickets in the Group A Ranji Trophy 2014-15 match at Wankhede Stadium on Wednesday.  “It is very big news for the people of Jammu and Kashmir. This win is dedicated to the flood victims. It is the first time we played against Mumbai and winning against them is a big thing. What makes it bigger is we could not prepare much for the season and still managed to win. It is a very jovial atmosphere within our team as we defeated 40 time champions. We are enjoying the win and everybody in party mood,” told elated J & K opener Adil Reshi.

Reshi, who opened the innings for J & K, could not make much impact in both innings. J & K could not prepare well for the big domestic event in wake of floods in the region and had to come to Chandigarh for few days for practice sessions.  “We could not prepare well for the upcoming Ranji Trophy 2014-15 season due floods in the valley. The grounds and nets were flooded and it was not possible to practice their. We came to Nagpur 10 days in advance to acclimatize with the conditions and weather,” Reshi told.

Reshi also came in support of Parvez Rasool who captained the team to an historic win. “Rasool-bhai is leading the team well. He has played for India and has got a chance to play for Indian Premier League (IPL) and gained a lot of experience which has helped the team in many ways. He is leading J & K very well,” he added.

He also expressed hope for Jammu and Kashmir in the remainder of the tournament. “We are playing Tamil Nadu in the next game. We would have been happy if we could play them in our home ground but we will try to perform well. We want to qualify for next round this year too,” he concluded. 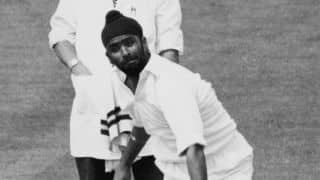 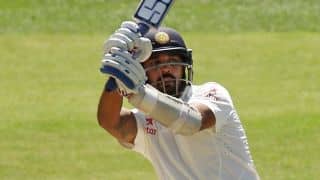