Jane Austen is startlingly linked to the evolution of the game.

Cricket is mentioned in Northanger Abbey, but not very flatteringly and only twice. But Jane Austen is startlingly linked to the evolution of the game. Arunabha Sengupta talks about the way about her letters, her words, her relations and the round-arm bowling revolution.

“The person, be it gentleman or lady, who has not pleasure in a good novel, must be intolerably stupid.”

However, if we paraphrase Austen somewhat, we tend to infer further, “It is a truth universally acknowledged, that a cricket tragic in possession of the works of a greatwriter, must be in search of references to the game.” We can put it down to the Pride or the Prejudice of a cricket fanatic.

But, while it is true that Darcy says to Miss Bingley: “A lady’s imagination is very rapid; it jumps from admiration to love, from love to matrimony in a moment.”… can we stretch the lady’s imagination to cricket with the same rapidity? In other words, can we find Jane Austen referring to the noble game which we consider so dear?

It turns out that she did mention cricket in her works. As a child, Catherine Morland of Northanger Abbey “was fond of all boy’s plays, and greatly preferred cricket not merely to dolls, but to the more heroic enjoyments of infancy, nursing a dormouse, feeding a canary-bird, or watering a rose-bush.” But, it did not seem a very auspicious symptom in a lady. “… and it was not very wonderful that Catherine, who had by nature nothing heroic about her, should prefer cricket, baseball, riding on horseback, and running about the country at the age of fourteen, to books — or at least books of information.”

Those two are the only references to cricket in Jane Austen’s fictional works.

However, while writing to her sister Cassandra from Goodstone Farm in 1805, she dwells on her good friend Reverend Edwards Bridges as follows: “We were agreeably surprised by Edward Bridges’s company [at dinner]. He had been, strange to tell, too late for the cricket match, too late at least to play himself, and, not being asked to dine with the players, came home.” The cricket dinner seems to have been partaken at the end of the play, the tradition we see continued with Charles Dickens in the match between the All-Muggleton and Dingley Dell.

That is the only other allusion to cricket in all of Austen’s works and correspondence.

Yet, the brilliant Ms Austen is more closely linked to the history of cricket than many realise.

After spending much of early 1798 writing the first draft of Northanger Abbey, the 22-year-old Austen was struck by a real life tragedy. Her cousin Lady Jane Williams was killed in an accident while driving a one-horse shay. To recover from the shock of losing a close relation, Austen travelled to Godmersham with her parents and sister Cassandra to spend a few days with her brother Edward.

Edward, third son of the family and seven years older than Jane, had become the favourite of the Thomas Knights, wealthy childless relatives of their father. The Knights had first met him as a 12-year-old when they had visited Reverend George Austen’s rectory at Steventon on their wedding journey. When Edward was 16, they had adopted him as their heir.Hence, he became known as Edward Austen Knight.

After spending a few days at Godmersham, Jane returned to Steventon in autumn, but her elder sister Cassandra stayed on. Hence we find a letter written on October 24, 1798, from the ‘Bull and George’ Inn of Dartford, where the family had stopped on the way back to Steventon. In this Jane narrates the adventures of the journey back from Godmersham.

In the postscript of the letter, she writes: “I flatter myself that itty Dardy will not forget me at least under a week. Kiss him for me.”

Born in 1795, George Thomas Austen became George Thomas Knight in 1812, and went on to play for Hampshire, MCC and Kent; and also represented England. He turned out for Gentlemen of Kent and The Gentlemen as well.

Knight was a fast round-arm bowler and a lower-order batsman. His peak period coincided with the fiery debate that was brewing around round-arm bowling. In local Kent games, this form of bowling was popular, but it was considered illegal in other influential cricketing circles.

John Willes of Kent was rumoured to have picked up the art of round-arm bowling from sister Christina — who had difficulty bowling traditional under-arm because of her voluminous skirt. In 1822, Kent faced MCC and Willes was no-balled repeatedly for his round-arm bowling. Finally, unable to take it anymore, he jumped on his horse, rode out of Lord’s and never played cricket again.

However, his struggle was taken up by Knight. This nephew of Austen persuaded the authorities to arrange three official trial matches in 1827, between Sussex and England, in which such bowling would be permitted. For Sussex, James Broadbridge and William Lillywhite bowled round-arm, while all the England bowlers were underarm.

In the first two matches, Sussex was triumphant. And the air was rife with plenty of opposition to these new experiments. According to the respected William Denison, “There had been considerable discussion on this point, whether round-arm could be allowed and whether it shall be continued to be practised. The writer of this, an old cricketer, really shakes with fear of its adoption, as it certainly gives birth to the hope of gaining a wicket by chance, by a wild twist, instead of the fine steady length, as shown us in former times by Lumpy (Stevens) …”

In the third of the matches, Knight bowled round arm for England and was the deciding factor as Sussex were beaten. Following this, he proposed a change of the law regarding the height of the bowling arm. In this he was thwarted by William Ward, the conservative patron of the game. However, the movement ultimately proved successful and the law was amended in 1835 to legalise round-arm bowling.

Till this moment perhaps cricket never knew itself. After all, in the words of George Knight’s famous aunt, “What is right to be done cannot be done too soon.”

“To sit in the shade on a fine day and look upon verdure is the most perfect refreshment,” wrote Jane Austen in Mansfield Park. As we can see, her bloodline did contribute significantly in perfecting this refreshment into its most palatable form. 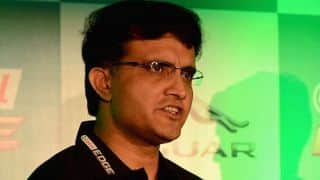 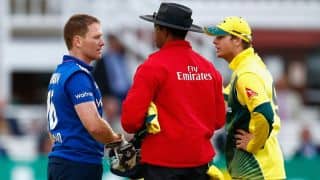