Jason Holder came in at No.8 to score his maiden Test century.

Jason Holder is having a good time with his bat. He scored 56, 57 and 42 in his last three innings in the recently concluded ICC Cricket World Cup 2015, and in the very next match he scored a his maiden Test century and 16 in the first innings. Remember, all these innings came when he batted at No. 8! Jason Holder’s transformation into a batting all-rounder holds great hope for West Indies

Holder’s 103 not out off 149 balls was the reason England were denied a victory and the Test was drawn. He hit 15 fours in his innings and was a part of two important partnerships — 105 with Denesh Ramdin from 32.1 overs and 56 not out with Kemar Roach from 18.2 overs. He was the dominant partner in both the partnerships. Jason Holder says the inspiration of Nelson Mandela helped him while scoring his match saving hundred against England

There have been several players who scored their maiden test century in the fourth innings of a test, few who went on to become batting greats. Others to do it the last four years (barring Holder) were Moeen Ali, Ben Stokes, Faf du Plessis and David Warner. The table below lists all men, 40 in all (including Holder). Jason Holder: My job was simple; it was just to bat

Maiden test century in fourth innings of the match

+ – It was batsmen’s only Test century.

–          There are two occasions of two batsmen scoring their maiden Test centuries in the fourth innings of the same Test — Graeme Wood and Craig Sergeant for Australia against West Indies at Bourda in 1977-78; Bryan Young and Shane Thomson for New Zealand against Pakistan at Christchurch in 1993-94.

–          Jacques Kallis scored 44 hundreds after his maiden century, but none in the fourth innings of a Test. He scored ten 50s.

–          Ajit Agarkar and Holder are the ones who have done it while batting at No. 8. Gilbert Jessop, Mohammad Wasim, Adam Gilchrist, Mushfiqur and Moeen did it batting at No. 7.

England seems to have a penchant for this record, followed by Australia. However, they have played the most Tests as well. Bangladesh’s four hundreds is a surprise entry, given that they have not played cricket in the last millennium. 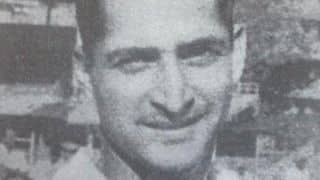 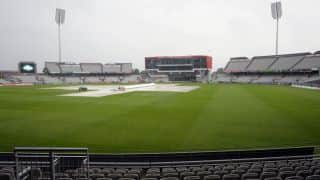