Jasprit Bumrah has control and variation but for how long can he manage to outfox batsmen will be decisive for him and the team.

They came and they perished soon. Such has been the status of many fast bowlers for Team India. There has seldom been fierce competition among fast bowlers of Indian cricket team for a place in the Playing XI. MS Dhoni has faced the brunt of this unfortunate problem has after a while; he has never had dependent bowlers who could keep producing breakthroughs. After Zaheer Khan and Ashish Nehra, Mohammad Shami and Ishant Sharma flourished a bit under his tactical captaincy. With the introduction of Jasprit Bumrah, the captain has breathed some fresh air. It is obviously too early for any verdict on the pacer (as this has been the story of Indian bowlers) but he is certainly making most of everything in his short career so far.

Bumrah made his debut in international circuit during India’s below par One-Day International (ODI) series against Australia Down Under. He was included in the final ODI in Sydney. He bowled as if he already belonged to the big league with accuracy and hardly conceded anything easily for the Australian batsmen. He was excellent in the death overs and restricted Australia’s scoring options. After a long time an Indian bowler trapped batsmen in the death overs and dominated them when every bowler is on the radar by batsmen with their innovative stroke-plays.

Dhoni must have had happy tears in his eyes as he proved his effectiveness in the shorter formats as well. His accurate yorkers, good pace and slower ones have been refreshing to see for every Indian fan and cricket pundit.  He was economical in the ICC World T20 with his stand out performance coming in a high voltage game against Bangladesh. Big tournament tests the thinking of a new bowler and he was put under the scanner as he dropped a sitter in the field and misfielded as well when India was defending a paltry score of 147 in 20 overs.

His last two overs changed the game for his side when he conceded only 13 runs in 12 balls and bowled his heart out with continuous yorkers, without giving any room to the batsmen. With this spell, India lived for another day in the tournament and qualified for the semi-finals of the mega event. Though India lost the semi-final against West Indies, his peach of a delivery to clean bowl Chris Gayle was one of the highlights of the sixth edition of the tournament.

In India’s first game of their tour to Zimbabwe, Bumrah again proved his worth by ending his quota of overs with 4 scalps. His stand out delivery was when he rattled the stumps of Zimbabwe’s most experienced batsmen, Hamilton Masakadza. The ball went passed his bat and pad,  a delivery every bowler would want to bowl again and again. His unusual action works for him but till the time he is not read by everyone. He is in full mood to bank on this factor till it works for him.

Bumrah has variation but is is important he does not drop his pace like most of India’s fading pacers. Consistency is the formula for success in this game but he will have his share of off-days. How he copes up with it and most importantly how the team management takes him forward is the most crucial factor to be evaluated at present. He should definitely keep working on yorkers which seem to have become outdated from the arsenal of many bowlers. If he maintains a steady head, he will definitely rule the roost in shorter formats. For Tests, till the time he is not tested, there should be no speculation on it but for sure he can bring in new dimensions to the team with his modern bowling dynamics. 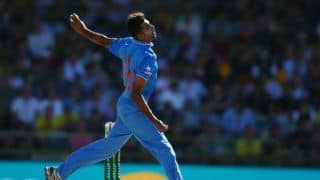 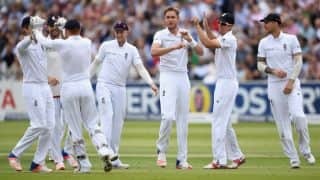