Joe Root’s skills are unquestionable and has age on his side to be England’s batting lynchpin.

With his century on the Day One of the first Test between England and Sri Lanka, Joe Root showed once again that he is a batsman to watch out for. While he doesn’t yet have the numbers to support his reputation, his skills are unquestionable. Shiamak Unwalla looks at the man who could one day carry the England batting.

Joe Root is not a tall, imposing batsman. He does not possess the swagger of Kevin Pietersen, or the determined look of Alastair Cook. His stroke-play is rarely flashy and he hardly ever hits a ball in the air. Yet, there is an aura around him that makes the opposition captain anxious to see his back. In his short career so far, Root has showcased tremendous temperament. On his England Test debut against India in Nagpur, he scored a 229-ball 73 that announced his arrival in sublime fashion. In only his fifth Test match, he scored a match-winning innings of 71 against New Zealand at Lord’s, thereby starting a love affair with the ‘Home of cricket.’

Root has scored two centuries [he is still batting after stumps on Day One of the first Test against Sri Lanka] and a match-winning fifty in the three games he has played at cricket’s Mecca, and looks good for a few more innings like those. His knock of 180 at Lord’s, so far his highest score in Test cricket, came in England’s successful home Ashes 2013 campaign. It was that knock that alleviated any doubts about Root’s ability to score big runs against quality bowling in tough conditions.

He now has 1,000 runs in only his 16th game. At 23 years of age, it makes him the fifth youngest England batsmen to get to the milestone. In a line-up which currently lacks a stable leader, it has fallen to Root to lead the way, in much the same way as Kane Williamson and Virat Kohli have done for their respective sides.

Like Williamson and Kohli, Root is also a young batsman with a bright future ahead. While Kohli is undeniably one of the world’s best batsmen at the moment, Williamson is fast establishing a reputation of his own. Root has played virtually all his Test cricket in trying conditions against very good bowling. That he has still managed to come out on top more often than not is a testament to his talent.

Root’s true test will be to increase his average — currently around 37 — to at least the mid-40s. He has made all the right moves at the start of his career and if he keeps up his good showing, he might just go down in the annals of the game alongside names like Pietersen, Cook and Andrew Strauss  as modern England batting greats. 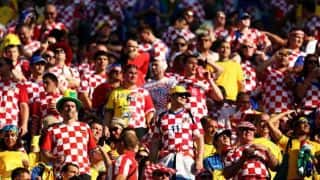 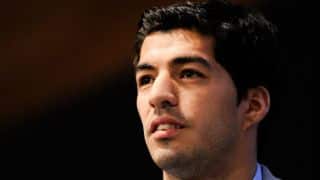