Joe Root has been one of England’s main batsmen over the last couple of years and has transformed himself into one of the best batsmen in the world. Root has never played against South Africa and this will be an excellent chance for him to prove his credentials against the world’s best team. South Africa also have not been in good form of late. They took a 3-0 beating against India recently so they will look to bounce back in the home series against England. Root occupies the crucial No.4 position and will be a key figure in ensuring that England get a good score on the board. FULL SCORECARD: South Africa vs England, 1st Test at Durban

Root has already amassed 1288 runs in 2015 at 61.33 and is just behind to his skipper Alastair Cook, who leads the leading run-scorers chart for 2015 with 1357 runs at 59. Root followed his good run in the Ashes 2015 into the series against Pakistan in the United Arab Emirates (UAE), where he scored a couple of fifties as England lost the three-match series 2-0. The conditions were tough in UAE and the English players found it tough to outmatch Pakistan in the series. However, they can be proud of the fight England put up.

The opening conundrum for England still remains. It will be either Alex Hales or Nick Compton opening for them. The experienced Ian Bell has been dropped for the series, which could see Gary Ballance regaining his spot at No. 3. With a relatively unsettled top-order, it will not be much of a surprise if England lose a couple of quick wickets. With a fit-again Dale Steyn and Morne Morkel running in with the new ball in favourable conditions, England could be seen struggle early. READ: South Africa must defend home base against England to avenge recent defeats

This is where Root will be handy. He is someone, who can stick it out and play a long innings. England do not have a relatively inexperienced batting line-up and Root has to be the pillar of the line-up. Root right from his debut has shown that he can stick it out in difficult circumstances and his time during the tour of South Africa will not be any different.

If England do win the series, they will not only have beaten the world’s best team, they will also rise up in the ICC rankings. Root, who is currently the No. 2 Test batsman in the world, has the chance to close the gap between him and Kane Williamson who is right on top of the table. Root’s performance will be key in South Africa and if he is provided the backing of the team, both Root and England can succeed in the series.

Barring New Zealand and Australia, Root has an average of more than 50 in all other nations. He is a much improved player than he was a year or so back and has now also been handed the responsibility of Test vice-captaincy. The England selectors have surely earmarked Root has the future, which is a wise decision. READ: South Africa vs England 2015-16: Are the Proteas getting it right before the battle?

The tour of South Africa could be Root’s biggest test in his career so far. At a country where many greats of the game have failed to get runs, Root faces a huge challenge of leading his team’s batting. Cook will be entrusted to get England off to a good start opening the innings, failing which Root will have to step up. He has done it in the past and there is no reason he cannot do it again. 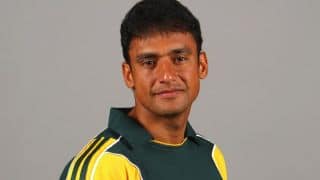 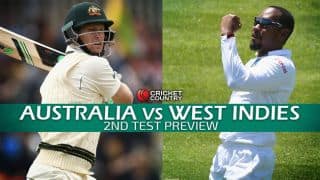