John Emburey is a former England cricketer who once was regarded as the best off-spinner in the world.

John Emburey, born August 20, 1952, is a former England cricketer who once was regarded as the best off-spinner in the world. On his 65th birthday, Suvajit Mustafi looks at 13 facts about the English cricketer who was famous for his classical looping action.

1. Medium pace: Emburey got hooked to the game at a young age and began as a medium-pacer. On the advice of his school coach Mike Gunton, he switched to off-spin. And there began the journey for one of England s finest spin bowlers.

2. Kerry Packer: His First-Class career began at Middlesex in 1973 and it took him five years to wear his England cap. It was due to the World Series Cricket (WSC) in Australia that Emburey could break in to the national side. In an interview with The Guardian, he said, My opportunity to first to play for England came thanks to Packer. There was Derek [Underwood], and Greigy [Tony Greig] bowling his off-cutters for England and I was just coming through and they went to Packer and I got my chance.

3. Mike Brearley: Emburey made his debut against New Zealand at Lord s, under the captaincy of Mike Brearley, who was also his skipper at Middlesex. The off-spinner has often credited Brearley for playing an important role in his shaping up as a cricketer.

4. Phil Edmonds: Emburey and left-arm spinner Phil Edmonds enjoyed bowling together. Emburey told The Guardian, We were different characters. Philippe wanted to experiment a bit more, while I wanted to keep it tight, which gave the captain options. If he [Brearley] wanted wickets he might go for Phil, if he wanted economy he would go for me. Mind you, despite our very different approaches we ended up with very similar stats.

5. Rebel tours to SA: Emburey was the only cricketer to go on both the England rebel tours to South Africa in 1981-82 and later in 1989-90. He was banned from Test cricket for three years as South Africa then were going through an international sporting exile because of the apartheid regime. If not for those bans, he would have played 100 Tests. To Emburey the decision was monetary. He later regretted it and said, In hindsight, it was a mistake. But at the time my decision was purely monetary. I d lost my benefit money in a building society in Australia. My decision was purely financial, purely about me.

6. Wisden Cricketer of the Year: He was one of the Wisden Cricketers of the Year in 1984. In the County Championship, he picked up 96 wickets for Middlesex in addition to his 776 runs. He also led them to five wins as a stand-in captain.

7. Ashes hero: Emburey almost won England the fifth Test at Sydney in the 1986-87 Ashes series. Australia dominated the Test but Emburey s seven for 78 helped England come back in the game. Eventually Australia won but England had won the series 2-1. Emburey was the second highest wicket-taker in the series with 18 wickets.

8. Batting abilities: Emburey could also wield the willow effectively and his Test average of 22.53 is a testimony to that. He has 10 fifties to his name. In First-Class cricket, he has seven hundreds to his name.

9. England captaincy: Emburey has had the opportunity to lead England in two Tests against West Indies in 1988. He wanted the job for a longer time but he was a stand-in skipper. He did have success with Middlesex. He said The Guardian, I would have liked to have done more and probably would have done if I hadn’t gone to South Africa in 82 as I would have been captain of Middlesex and not Gatt [Mike Gatting], and then who knows?

10. Almost an England coach: In 1995, he almost became England s after guiding the A side to a 3-0 win in India, but he lost out to David Lloyd, whom he later assisted in Zimbabwe and the Caribbean. In 2007, he was asked to coach the Indian team after Greg Chappell left. He declined the offer but a year later he became the coach of Ahmedabad Rockets in the 2008 edition of the Indian Cricket League (ICL).

11. If granted three wishes! In an interview with The Guardian, in 2008, Emburey was asked what he would do for the game, if he had three wishes. He said, First, go back to a one-division County Championship. We are not developing young players in two divisional cricket because every game is supposedly a big game and they are reluctant to play young players in pressurised situations because the tendency is always to go back to the senior player. Second, I’d like a Cup knockout, like the old Gillette. And third, we must work on the coaching structures at lower levels and improve our talent identification.

12. Viv Richards and Barry Richards: In an interview with PakPassion, Emburey recalled all the great batsmen he bowled to. He named Javed Miandad, Allan Border, Sachin Tendulkar, Brian Lara, Sunil Gavaskar and also Graeme Pollock. However the tag of greatest was reserved for the two Richards. He said, I think two of the greatest batsmen I bowled to were the two Richards, Barry and Viv.

13. Cricket gave him cancer In May 2014, Emburey revealed that he has skin cancer. He told The Sun, It s the results of playing cricket for so many years not wearing a hat and not using sun-cream. When I played there wasn’t the same awareness of how much damage the sun can cause as there is now.

14. Lashings: Emburey along with Gordon Greenidge and Indian cricketer Wasim Jaffer recently turned up for Lashings in a T20 game against Copdock & Old Ipswichian s first team in mid-2017. The match was to celebrate the official opening of the club s new pavilion, which will be carried out by legendary commentator Henry Blofeld. Even in 2016, he appeared in 5 games for Lashings. 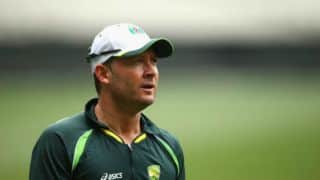 Ashes 2015, 5th Test, The Oval: Milestones and records to aim for Michael Clarke in his final Test 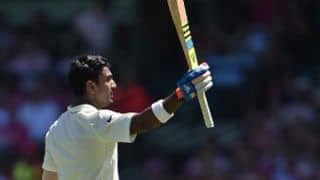