The keen student of the game will immediately spot the fact that, till 2016-17, 11 gentlemen share the common thread of capturing 4 wickets in a First-Class innings without conceding any runs.

The keen student of the game will immediately spot the fact that, till 2016-17, 11 gentlemen share the common thread of capturing 4 wickets in a First-Class innings without conceding any runs. For the statistically inclined, the list consists of Frederick Hervey-Bathurst, John Napier, Alec Hearne, Albert Borland, Laurie Eastman, Lala Amarnath, Sudheera de Zoysa, Jonathan Carter, Akshar Patel, KS Monish, and Akash Bhandari. In the perpetual drama of the universally loved game, the dramatis personae enumerated above includes a Man of The Cloth.

John Russell Napier, second son of Richard Clay Napier (partner of Napier & Goodier in the cotton trade of the times), was born January 5, 1859 into a relatively wealthy family of Preston, Lancashire. In due course, the family had enrolled him at Marlborough College. As was quite common in Victorian England, the young man developed a great affinity for cricket while in school, and became a regular member of the School XI in 1877 and 1878, being nominated Captain of the School in 1878. The archives show him to have played 5 games for his School in the roles of a right-hand batsman and right-arm fast bowler of the round-arm genre. In a game against traditional rivals Cheltenham in 1878, the Marlborough skipper is seen to have taken his first 5-wicket haul in organised cricket, capturing 5 for 88 in the first innings of 192. The skipper then did his bit with the bat as well, remaining undefeated on 47 in the second innings to carry his team to victory by 4 wickets.

The Register at Cambridge shows that John Napier had completed his Matriculation from Marlborough College in the Michaelmas term of 1878, and had been enrolled at Trinity College on June 1, 1878. He took his BA degree in 1882. Like many other young men from affluent families undergoing a University education in those days in England, cricket was never far from the mind of Napier. During his time at Cambridge, we find him turning out for 5 recorded cricket matches in 1879 and 1880.In the last of these games, playing for Cheshire XII against Revellers XII at Chelford in, Napier scored 2 and 7 and captured 6 wickets.

Napier made his First-Class debut playing for Cambridge against Gentlemen of England at Fenner’s, in 1881. It was a strong Varsity side led by AG Steel, who would later play 13 Tests for England, and having in the ranks the Studd brothers Kynaston, GB, and CT, all well-known First-Class cricketers in later years, the last two brothers also playing Test cricket for England. The Gentlemen led by Charles Thornton, batted first and put up a decent total of 352, the star innings coming from future Test cricketer ‘Bunny’ Lucas (142). Opening bowling with his skipper, Napier took 3 for 90.

Cambridge made a strong reply of 370, brothers Kynaston (154) and CT (113) Stud sharing a third-wicket stand of 218. The wickets went to David Buchanan (5 for 111) and Philip Morton (4 for 94). The Gentlemen were more muted on their second innings, being dismissed for 145. Again opening bowling with Steel, Napier took 2 for 33. When the game ended in a draw, the University side had scored 34 for 2.

Napier played one more First-Class game for Cambridge, against Lancashire this time, at Liverpool in 1881. Cambridge won the game by 7 wickets. GB Studd carried his bat for 106 in a Cambridge first-innings total of 187. The undergrads then disposed of Lancashire for 71, Steel capturing 6 for 22 and Napier chipping in with a wicket before he was forced to retire. Contemporary reports claimed that “Mr. Napier strained himself through his tremendously swift bowling and had to leave the field”. Following on, Lancashire were dismissed for 153, Steel capturing 5 for 69.

Having obtained his degree from Cambridge, Napier embarked on a career in the Church, obtaining his Theological training from Leeds Clergy School from 1882 to 1883. He was ordained as Deacon (Manchester) in 1883 and as a priest of the Church of England in 1884. The Curacy of Leigh, Lancashire, followed and he remained at this post from 1883 to 1886. His next step in the curing of souls was as Curate of St. Paul’s, Preston from 1886 to 1890. Reverend John Russell Napier became the Vicar of Walsden in 1890, also assuming the office of vice-President of Walsden Cricket Club.

From 1906 to 1911, Napier was the Rector of North Fambridge, Essex, moving on to become Vicar of Old Windsor, Berkshire from 1911 to 1928. The Man of God, however, continued to maintain his links with cricket.

Percy McDonnell and his Australians arrived in England for the fifth Australian tour of the Mother Country in the summer of 1888. The first reverse the Australian tourists faced on the trip was in the match against Lancashire at Old Trafford. In a relatively low-scoring game, Lancashire got the better of the tourists by 23 runs.

Napier made his debut for Lancashire in this game, his third First-Class match. Led by ‘Monkey’ Hornby, Lancashire were bowled out for 98, Steel top-scoring with 28. For Australia, Charles Turner (2 for 48) and JJ Ferris (8 for 41) were deadly with the ball. The tourists scored 163, Sammy Jones top-scoring with 57. Debutant Napier took 3 for 54 and Johnny Briggs 4 for 34. The Lancashire second innings finished at 154 with Turner (6 for 67) and Ferris (2 for 37) again doing the most damage. The Australians were then dismissed for a meagre 66, Briggs (5 for 15) and Napier (4 for 48) ensuring a victory for the home team.

Napier played only one more First-Class match in his career (bringing the total of his First-Class appearances to 4) before his ecclesiastical duties began to take up all his time. The ‘Roses’ game against Yorkshire was played at Sheffield in July 1888. Lancashire batted first, but apart from the openers, skipper Hornby (14) and Dick Barlow (13) there was no one else in double-figures. The innings total of 54 containing 5 individual ducks. The innings lasted only 57.2 four-ball overs and Yorkshire used only two bowlers, Bobby Peel (4 for 23) and Saul Wade (6 for 29).

The Yorkshire innings also turned out to be a rather pathetic exhibition of batting, the total reaching a mere 80 from 106.2 four-ball overs. Apart from the first three in the batting order, skipper Louis Hall (33), George Ulyett (25) and Frederick Lee (18), there was no one else in double-figures, and the innings was replete with 6 ducks. The last 6 wickets all fell at the total of 80.

Reverend Napier was brought on to bowl rather late in the innings, almost as an after-thought. At the end of it all, the Man of God returned these astonishing figures: 3.2-3-0-4, that is, 4 wickets without conceding any runs whatever. His victims were Joseph Preston, Ted Wainwright (later to play 5 Tests for England), Francis Baines, and wicketkeeper John Ellis. Briggs took 4 for 37.

In the time remaining on the last day of the game, Lancashire scored 35 for no wicket as the match ended in a draw.

Reverend John Russell Napier retired from his Church duties in 1928 and moved to Bexhill, Sussex, where he passed away on March 12, 1939, aged about 80. 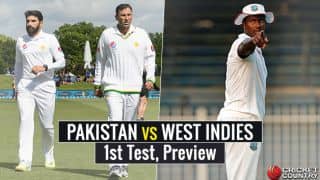 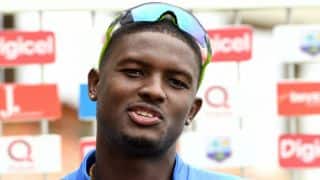