John Small: First man to use a straight bat

John Small: First man to use a straight bat

John Small was the first man to employ a straight bat and the greatest batsman during the early days of cricket.

John Small, born April 19, 1737, was the first man to employ a straight bat and the greatest batsman during the early days of cricket. Arunabha Sengupta looks back at the life and career of the man who was one of the greatest innovators seen in the game.

The obscure early days of cricket are lost in the dusty corridors of time. The faded names are documented in rare chronicles, on pages yellowed with age, the faint echoes of the past submerged by the sound and fury surrounding the modern day game in its various forms and formats.

Yet, such was the renown of John Small that he managed to step out of the pages of John Nyren’s Hambledon accounts and walked into John Woodcock’s 1997 article in The Times titled 100 Greatest Cricketers of All Time.

The stories that are handed down to us from those distant days are often contaminated by the long exposure to time. Hence we may remain uncertain about the first ever hundred scored in serious cricket. Was it in August 1768 when Small hit more than 140 for Hambledon against Kent at Broadhalfpenny Down as documented by HT Waghorn’s Cricket Scores, Notes, etc. (1730–1773)? Or was that just a summation of scores in several innings, and the actual pioneer was John Minshull who hit 107 when Duke of Dorset’s XI played Wrotham in August 1769.

What is known for sure is that Small broke the record of Minshull in his presence when Hambledon played Surrey in 1775, and went on to score 136 — colossal for those times.

Small may or may not have been the man to notch the first ever recorded century, but he was a celebrated name in the game, a superstar of his times, one of the key characters who made Hambledon the great side it was. Besides, a cobbler by trade who later went on to manufacture cricket bats and balls, he was the first to master the use of a straight bat. He made the first straight bats in his workshop — as opposed to the curved ones in vogue during those ancient days.

“Active as a hare” according to Nyren, he pioneered the art of an upright stance and the act of running quick singles. He brought more innovations into the game than perhaps any other single person in the history of cricket. Some say he was the greatest batsman in the game till the arrival of WG Grace, some limit it to the times of Fuller Pilch. What is sure is that he was a pivotal figure who shaped much of what cricket is today.

Born in 1737 at Empshott, Small had his name mentioned in the Hambledon record books dating back to 1764. However, according to Derek Birley’s Social History of English Cricket, he first played for the legendary club in 1755. He may have taken part in the earliest known Hambledon matches, a tri-series against Dartford in 1756 — we will perhaps never know. Another amazing feature of his career is that he figured in the club scorecards till 1798, when he was well over 60.

From around 1768, feats of Small’s run-making reached remarkable proportions — so much so that some of them have stood the cruel test of time and are recalled to this day. Apart from 140 against Kent, he hit approximately 80 against Sussex — ‘about four score notches’ according to Tim McCann’s Sussex Cricket in the Eighteenth Century. When Hambledon beat Caterham at Guildford Bason in 1769, Reading Mercury reported “the utmost activity and skill in the game was displayed by each individual through the whole course of this match, but particularly the batting of Messrs Small and John Bayton on the Hambledon side.”

Small pioneered the art of an upright stance and the act of running quick singles. He brought more innovations into the game than perhaps any other single person in the history of cricket. Some say he was the greatest batsman in the game till the arrival of WG Grace, some limit it to the times of Fuller Pilch. What is sure is that he was a pivotal figure who shaped much of what cricket is today

By 1772, scorecards became more common and three of them have survived to this day. We find that Small featured in each of those 3 matches and scored 213 in the 6 recorded innings. In this respect he was head and shoulders above the others. His 78 for Hampshire against All England can perhaps be considered as the first recorded highest individual score.

His success in singe wicket matches was not so pronounced, but he did participate in many. This included the famed tournament organised at the Artillery Ground over two days of May in 1775, involving five cricketers of Hambledon and five of Kent. Hambledon won by 1 wicket, thanks mainly to Small. He scored 75 in the first innings of 92. And then, walking in last with 14 to win in the final innings, he got the runs successfully. However, Lumpy Stevens of Kent beat him three times, and on each occasion the ball passed between the two stumps, without touching either, leaving the bail undisturbed. It was as a result of the objections of a disgruntled Stevens that a middle stump was introduced for the first time in cricket. Thus, Small played a role in yet another innovation to the game — albeit his role was a passive one.

Another lasting rule to come out of Small’s influence was the restrictions to the width of the bat. In September 1771 Hambledon played Chertsey at Laleham Burway and won the match by 1 wicket. However, Thomas White of Chertsey walked in to bat with a piece of willow as wide as the wicket. This was the first time one had tried to abuse the new invention of the straight bat. As a result a written motion was presented by the Hambledon bowler Thomas Brett, counter-signed by club captain Richard Nyren and senior batsman Small. A new rule was passed which limited the width to 4.25 inches. The original copy of Brett’s memorandum which bears Small’s signature rests in the museum at Lord’s.

On July 13, 1775, Small hit the first ever century in a First-Class match — 136 not out against Surrey for Hampshire at Broadhalfpenny Down. He continued to play for over two more decades, as the ‘Old Reliable’, his technique adept enough to deal with the sneaky ‘length’ bowling of the type developed by Lumpy Stevens and Hambledon’s own David Harris.

The style and the man

Small was one of the cornerstones of the foundation of the modern batting technique. His straight batted technique, perfected from Beldham, and then implemented by bats he himself built, facilitated back and forth movement in the crease. It did also introduce the rather less exciting English tradition of blocking.

Sound in defence, Small could play all the strokes and crisply enough, and was known to be a fantastic runner between the wickets. According to John Nyren, Small was the “best short runner of his day…the first who turned the short run to account”. He was also a very good fielder, energetic and fast on the ground in his heyday.

According to Nyren, “Small shines among the [Hambledon players] in all the lustre of a star of the first magnitude.”

Small’s wife Ann was a regular among the supporters of Hambledon who flocked to the grounds, and she attended the away games as well. Son Jack Small was a friend of John Nyren the cricket chronicler and also turned out for Hambledon. His other son Eli Small also played First-Class cricket.

In personal life Small was known to be dignified and honest, and excelled at playing the cello and violin. He was a maker and mender of the instruments as well and played for the Petersfield choir for 75 years.

It is said that once, as a young man, John Small was returning with a friend from a concert when they were attacked in the middle of a field by a charging bull. While his friend took off like a jackrabbit, Small himself grabbed his fiddle and started to play a lively tune. The bull hesitated on hearing the notes, and ultimately became less aggressive. Slowly walking backwards, followed slowly by the bull, Small approached a gate, jumped over it and escaped.

John Sackville, the third Duke of Dorset, was an influential cricket patron who was informed of his musical talent. The Duke sent Small a handsome violin as a present and paid the carriage. Small, true and simple-hearted, he returned the compliment by sending his Grace two bats and balls, also paying the carriage.

Here lives John Small,
Makes bat and ball,
Pitches a wicket, plays at cricket
With any man in England.

When in his late eighties, Small was still an active hunter, often following his hounds on foot. John Small passed away in 1826 at the ripe old age of 89. 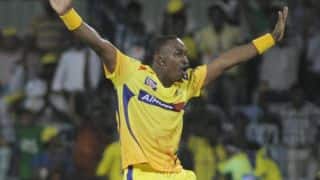