The Thayers were returning to USA on the RMS Titanic as First-Class passengers.

The valiant John Thayer passed away on April 15, 1912. Abhishek Mukherjee looks at the only First-Class cricketer who sunk with the RMS Titanic in the Atlantic Ocean.

The hype was enormous when The Royal Mail Ship (RMS) Titanic had set out from Southampton for New York City on April 10, 1912. She halted at Cherbourg, France and Queenstown (now Cobh), Ireland before setting out for the North Atlantic. Approximately at 11.40 on the freezing night April 14, 1912, Titanic collided with an iceberg about 600 kilometres south of Newfoundland; her hull plates were buckled inwards along her starboard side, causing her to be filled with water and gradually sink.

At 2.20 AM, April 15, what was a humongous ship in all its pomp had been replaced an all-engulfing chilly emptiness of the North Atlantic. Of 2,224 people only 710 escaped, while the remaining 1,514 passed away from hypothermia (at a temperature of approximately −2 °C) or otherwise.

John Borland Thayer, Jr, Vice-President of Pennsylvania Railroad, was one of them. He was also the only First-Class cricketer to have died from the unfortunate accident.

John Thayer was born in a famous American cricket family (it was not that common a phenomenon in the 1860s or 1870s) on April 21, 1862. His younger brothers George, Harry, and Walter all played First-Class cricket, while Sydney, another brother, played for Merion and Sirens. Sydney’s son SG Thayer also played for Merion and Modocs.

A student at the University of Pennsylvania, John Thayer went on to lead them in lacrosse in 1879, but had played for Merion two years before that, bagging a pair against St George’s Club of New York. He continued to play for Marion, and made his Halifax Cup debut for Merion against Young America at Philadelphia at an age of 18. Merion finished third in the tournament, and Thayer managed 7 wickets at 21.14.

The next season established Thayer as one of the finest contemporary American bowlers as he finished with 21 wickets at 5.71, confounding the Chestnut Hill batsmen at Ardmore with his round-arm right-hand bowling: bowling unchanged in each innings Thayer finished with 6 for 22 and 5 for 20 to rout them for 41 and 42.

Against Western Association at Ardmore in 1882 Thayer pulled off what was arguably his best performance: he top-scored in the first innings with 16 as Merion were bowled out for 43 and were up against an 86-run lead. Thayer then smashed unbeaten 107 out of a team score of 165; then, defending a paltry 80, Thayer bowled his heart out, finishing with four for 16 as Western Association got away with a two-wicket victory.

None of the Halifax Cup matches were unfortunately classified as First-Class matches. Thayer eventually made his First-Class debut for American Born against English Residents in the annual fixture, scoring 22 and 11; surprisingly, he did not get a bowl. He played the next two editions of the contest in 1882 and 1883 as well with limited success. He also played for Gentlemen of Philadelphia against United States of America at home, returning a haul of three for 17.

Playing for Fourth Street Offices against Altoona, Thayer ran into his brother Harry: Harry top-scored with 42 as John, with four for 32, bowled out Altoona for 73 and conceded a 71-run lead. Then John started by removing Harry and finished with figures of 4.3-1-7-6, dismissing Altoona with scores levelled.

The matches were not given First-Class status, but Thayer managed to impress the critics. James Lillywhite wrote that Thayer “bats in finished style, and, with more patience, would be the best in the team in that department. (He) can hit hard, and is a dangerous man when once well in. (He) bowls medium round-arm with good command of the ball and a break both ways. (He) Is a splendid mid-off, and shows fine fielding whenever he is placed either at the boundary or close to the wicket.”

Thayer played three more First-Class matches over the next three seasons, all for Gentlemen of Philadelphia, without much success. His love for cricket never faded, and he continued to play for Merion and Philadelphia till 1899. For Merion against Philadelphia Cricket Club in a Halifax Cup match Thayer scored 134 not out, adding 120 with Harry (69). Nobody else managed 20. It remained John Thayer’s only Halifax Cup hundred.

On November 9, 1893 Thayer married Marian Longstreth Morris. They had four children, Jack III, Frederick, Margaret, and Pauline. John went on to become the Vice-President of Pennsylvania Railroad, and his family visited Europe as the guests of the American Consul General in Berlin. Eventually, only Jack went with his parents.

According to Encyclopaedia Titanica the Thayers were returning to USA on Titanic as First-Class passengers. They had board from Cherbourg and had checked in to Cabin C-68. They That night they dined with William and Lucile Carter, Major Butt, and Captain Smith at a party hosted by George, Harry, and Eleanor Widener in the a la carte restaurant.

The family were preparing for bed when they heard the collision. John immediately ran to the spot and came back to call his wife and son. Since the children boarded first, Jack went on Lifeboat B. John then saw Marian and the family maid Margaret Fleming to safety on Lifeboat 4. As Encyclopaedia Titanica wrote, “Thayer had no intention of boarding a boat. He stuck with his friends George and Harry Widener and Charles Duane Williams.” John Thayer’s body was never found, and he is presumed dead.

Martha Stephenson, one of the survivors who accompanied Marian and Margaret on Lifeboat 4, later said in an interview with New York Times: “”Mr Thayer was one of the bravest men I ever saw. Immediately after we felt the shock of the collision he bent every effort to comfort and console the women and to see that they got safely into the lifeboats. He refused to give a thought to his own safety until he had done all that mortal man could do for us.”

Marian, Jack, and Margaret all survived the tragedy. Jack followed his father’s footsteps and went on to play for Merion and Philadelphia and went on to become the Vice-President of the University of Pennsylvania. He received a blow when his son Edward, a bomber pilot, was presumed dead after his aircraft was shot down in 1943.

With Marian also passing away in 1944 (eerily, on the 32nd anniversary of the day of Titanic hitting the iceberg) Jack suffered from acute depression. He was found dead in an automobile at the crossing of Parkside Avenue and 48th Street in Philadelphia with a slit throat and wrists. 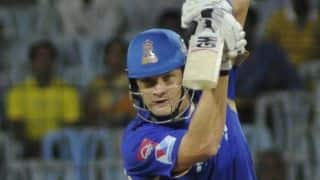 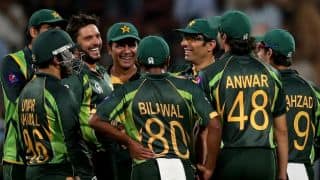