Jonny Bairstow: 8 interesting facts to know about the English batsman

Jonny Bairstow: 8 interesting facts to know about the English batsman

Jonathan Marc Bairstow is a wicket-keeper batsman from England and remains in and out of the team in all three formats.

Born September 26, 1989, Jonathan Marc Bairstow is a wicket-keeper batsman from England and remains in and out of the team in all three formats. Bairstow is a talented batsman from Yorkshire, who impressed one and all on his First-Class debut by scoring a hundred against Nottinghamshire. On his 26th birthday, Abhishek Kumar looks at 7 interesting things to know about him.

1.  Cricket in the blood

Jonny is the son of former England wicket-keeper David Bairstow. His elder brother Andy too has played First-Class cricket and represented Derbyshire.

Bairstow made his first international appearance for England in 2011 in a One-Day International (ODI) against India and scored a match-winning unbeaten 41 off just 21 balls. His effort also won him the man of the match award on debut.

Bairstow made his Test debut in 2012 against West Indies and was given his cap by his family friend and England legend Geoff Boycott. He didn’t perform up to the mark and ended-up scoring only 16 runs in the match.

After a miserable debut Test series, Bairstow was recalled again for the England team to play against South Africa in the third Test in 2012 series and scored an excellent 95 in the first innings followed by 54 in the second.

During the second Test between India and England in 2012, Bairstow was given out in the final over before the lunch on day three. The decision was a controversial one, as the laws of cricket suggested he wasn’t out. The ball went to Gautam Gambhir’s helmet’s grill at silly point and dropped back into his hands, to which the umpires perceived as a catch and ruled him out.

For a considerable time, Bairstow played a lot of sports including football at Leeds United for 7 years, rugby for Yorkshire schools and hockey for Leeds. But later, he ended-up playing cricket for England, taking foward his father’s legacy.

In 2008, he was the first winner of the Young Wisden Schools Cricketer of the Year award as he scored 654 runs for St. Peter’s School in 2007. Currently he has also been nominated for Professional Cricketers’ Association (PCA) Player of the Year Award.

The year-2016 is probably the career changing year in Tests for Bairstow. He played some crucial knocks for England and gained his spot as wicket-keeper batsman. It was the series against Sri Lanka at home, which turned everything for him as he scored 387 runs from three matches at an average of 129. 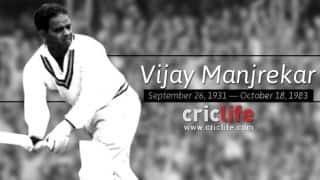 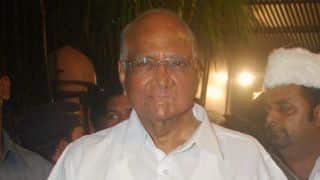