Let me first start by congratulating the Pakistan Cricket Board (PCB) for successfully hosting Zimbabwe on Pakistan soil. That augurs well for the future of international cricket in Pakistan.

Let me first start by congratulating the Pakistan Cricket Board (PCB) for successfully hosting Zimbabwe on Pakistan soil. That augurs well for the future of international cricket in Pakistan. It was also great to see a full house at the Gaddafi Stadium and the series also demonstrated the public’s interest in watching international games in Pakistan. Although the tour passed off well, the fact is that there was an incident during the second One-Day International (ODI), the kind of issue which may cause problems for international tours in the future. One hopes and prays that the situation improves in Pakistan and other teams will also visit there and play in other cities as well.

From a players’ point of view, I can say from personal experience that there is nothing that beats playing in front of home crowds. Apart from the buzz and the atmosphere which is created at the stadiums, young cricketers in Pakistan are able to observe international cricketers in action in real life which can make a huge difference. I recall the feeling of watching South African Allan Donald in real life for the first time. That gave me an idea of how a quality fast bowler operates and the physical attributes required for this job. This is a great learning experience for youngsters as not everyone can afford to watch the Pakistan team play in the United Arab Emirates (UAE).

Experiencing home support in the way we saw against Zimbabwe is one thing, but the advantage of playing on home pitches cannot be underestimated. We may call them “home series”, but the fact is that home advantage ends the moment you play on pitches on a foreign soil, as is the case of playing in the UAE. Pakistan players play their cricket in local stadiums in Karachi and Lahore and are used to playing on these pitches. The weather conditions in Pakistan are different and cannot match those found in Sharjah or Dubai. But most of all, there is just a different experience of playing in your own stadiums. From playing club and First-Class cricket on the same stadiums to representing Pakistan at the same venues is a feeling that I cannot express in words alone.

I would also like to talk about Azhar Ali’s development as an ODI player and captain. He is a hard- working cricketer and as we all know, he started off as a leg-spin bowler in his early days and developed himself into the fine batsman he is now. Playing in No 3 position in Test matches is not easy and he has clearly developed and worked on his technique. One hopes that the PCB will recognise the potential in Azhar Ali and continue to provide him the space to develop into a successful ODI captain in the same way he has transformed his game as an ODI batsman in recent times.

Staying on the subject of ODIs, I am very disappointed to note our dismal ICC ranking in one-day cricket. Being placed at No 9, when we should have been in the top four is unfortunate. It is a direct result of the manner in which the team has been managed. The absence of a real home advantage is a major factor in our current predicament. Add to that the fact that our participation in the next ICC Champions Trophy is now dependent on the outcome of the upcoming series against Sri Lanka and you can see what a serious situation we find ourselves in. We just don’t have enough cricket to play in order to improve the ranking and this should also be looked at by the PCB in its future planning.

I am aware of concerns from many observers of the game who were disappointed by the high scores that Zimbabwe were able to put up against Pakistan fast-bowlers in the recently-concluded series. Whilst this does appear shocking to a nation accustomed to steam-rolling opposition batting line-ups, one has to accept that in today’s ODI game, scores of 300 or more are becoming commonplace. It then stands to reason that economy rates will also jump for bowlers and you will find a few who will go for more than six or seven in that regard. To me this is not the real issue for Pakistan’s bowling. The real problem is the consistency of selection. We do not seem to have a set strategy in this regard and we have just seen several different bowlers bowling with the new ball which is very confusing. Take the example of Junaid Khan, who played just one match against Zimbabwe. We know that he had bowled decently in the series against Bangladesh. He is an excellent one-day bowler and quite capable of bowling good yorkers. He should be picked regularly for Pakistan in ODIs and should have been played. But he was ignored from the first two games. Along with Wahab Riaz, he is one our best bowlers. And if you are worried about workload, then I am afraid, playing cricket is all about hard work and that should not be used as an excuse to drop players.

Yes, we have an issue in our domestic cricket where fitness is not at the top of the agenda. Such domestic players are found out when they are brought into the national team setup but even that needs to be managed sensibly so that they are gradually brought into shape necessary for international cricket.

One very positive aspect of Pakistan cricket in recent times has to be the rise of Wahab Riaz as Pakistan’s top fast-bowler. I do feel that this is all due to the confidence that has been injected into Wahab by the management and the results are for all to see. I don’t think Wahab has really changed as a bowler, but what has changed is his belief that there is a set place for him in the team and that makes a difference thus allowing him to concentrate on his bowling. This is a problem for players in Pakistan as they seem too uncertain about a spot in the team and in the end their performance suffers due to this issue. The captain and the coach need to back the players, but then in a set-up where the captain doesn’t know if he will be in that position or not in the next series. What confidence can he impart to the players? Look at the example of Bangladesh. They were at the receiving end of so many defeats but they have persisted with their core group of players.  Mohammad Mahmudullah, Shakib-al-Hassan and Tamim Iqbal are good examples. Each one of them put in some hefty performances against Pakistan. At the end of the day, as I have said above, this is all about instilling confidence in the players and also giving them a decent run with the team instead of labeling them as the next Imran Khan or Wasim Akram after every other game!

My current association in Surrey with two of the world’s top players, Kumar Sangakkara and Kevin Pietersen, is an honour for me. I have played with and against these top players before as well. One is always learning and developing one’s game and there is no better way to be doing that than by playing alongside these two players. Watching them prepare and train for the task ahead is a real help for me as is the process of sharing thoughts with them on all aspects of the game. I am also pleased by the call-up for my Surrey team mate, Jason Roy to play for England in the ODI Series against New Zealand. He’s an excellent player and batsman and has recently scored a hundred in a four-day game to show his versatility. I wish him all the best. As for me, I am really looking forward to the upcoming season with Surrey. My fitness and training is top notch due to my recent Indian Premier League stint, and I am ready to perform at my best for my team.

(Azhar Mahmood is a former Pakistan all-rounder who played 143 One-Day Internationals and 21 Tests. He represents Kolkata Knight Riders in the Indian Premier League and is a much sought-after player in the various T20 leagues around the world. The above column was first published in PakPassion) 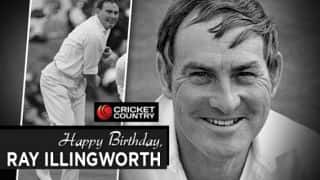 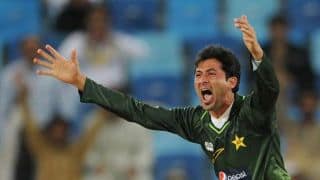