If the Mudgal Report changes the entire structure of Indian cricket, then so be it.

Will Justice Mukul Mudgal’s report help cleanse and restore faith in the IPL, which is already being viewed by some as a choreographed event, wonders Karthik Parimal.

The report put forth by Justice Mukul Mudgal is touted to strike at the heart of Indian cricket, and apparently, it could have lasting ramifications on the sport in the country with what’s to be unveiled in the coming weeks. Allegations against Gurunath Meiyappan (involvement in betting and passing on team information during Indian Premier League [IPL] 2013), the son-in-law of Board of Control for Cricket in India (BCCI) president Narayanaswamy Srinivasan, have been proved. That he was a team official of Chennai Super Kings [CSK] at one point of time was also proved. The fact that this piece of information was relentlessly glossed by the franchise is what’s noteworthy.

A few months after the spot-fixing controversy in the IPL came to the fore, Michael Hussey, in his book Underneath the Southern Cross, wrote as follows: “Our owner was India cements, headed by Mr Srinivasan. As he was also on the board of the BCCI, he gave control of the team to his son-in-law Mr Gurunath. He ran the team along with Kepler Wessels, who was coach, and I assume one of the reasons they chose me to play for them.” Hussey’s statement mirrored the general perception of the rest, but the franchise maintained otherwise. Despite the accusations and due evidence floating around in the open, they bagged the ‘Fair Play’ award.

At the conclusion of the season, umpteen promises were made to rinse the tournament from the lowest of its rungs up. A 12-point program called “Operation Clean-Up” was initiated by the BCCI, but it’s safe to say, after almost eight months since its first draft, that it’s yet to fully take off. Just two days prior to the coffers being emptied and greens showered on even the modest of players during the auctions for the seventh edition of the IPL, Justice Mukul Mudgal’s report sent ripples across the fraternity; or so one thought. However, the event unfolded sans any drama, grabbing plenty of eyeballs in the process.

There is no talk of scrapping the franchise yet, this despite the rulebook vividly presenting a point to do so. Nor is there a hint of worry, at least to the naked eye, among the paying public with respect to the authenticity of the tournament this time around. This could imply one of two things. As long as entertainment is churned out on a nightly basis for over 45 days, what transpires behind closed doors or in the dressing rooms is not of concern to the viewers who eventually have their time and money’s worth. Or, they’ve placed their trust in the powers that be and expect a tournament purged of wrongdoers from this season onward. Looking at the level of priority assigned by the head honchos to the issues prevalent, the latter seems least likely.

Tongue-in-cheek comparisons with the World Wrestling Entertainment (WWE), where contests are choreographed, have long been doing the rounds on the social media. Some don’t mind watching the IPL with WWE-tinted glasses. In fact, just twelve days after the spot-fixing controversy and allegations of betting, a 60,000 strong crowd turned up for the finals, a fact that was proudly underscored by Srinivasan. Knowing the Indian audience’s weakness for the sport, matters of utmost importance will continue to be swept under the carpet, for none will instigate a commotion as long as they’re entertained. The upcoming edition, by all means, could proceed like there was never anything wrong with it in the first place.

It’s at times like these you tend to understand the purists’ stance on the abridged version of the game and leagues such as these in general. Nothing beats the sound of a red leather meeting the willow for them, and while the slam-bam cricket is something they’ll never take to whole heartedly, the haphazard way in which the tournament is being run is sure to keep them at bay for good. Agreed, IPL helps bring a new audience to the game, but it should make sure it doesn’t turn away the loyalists.

Twenty20 as a format or a league like the IPL is not a taboo. It is what provides security to players at lower hierarchies of the game, while simultaneously spreading it to different parts of the world. Roping in money is a must for a sport of small pool such as cricket, but the inability to weed out troublemakers and the insipidity in tackling the problem head-on is what’s baffling. Why cannot a model be devised based on how this issue is handled in the English Premier league (EPL) or the National Football League (NFL)? These two leagues are larger and much more complex, yet they keep corruption in check more often than not. If such bodies can be transparent yet stringent, why can’t the IPL? One hopes this report is treated with the respect it deserves, even if it rattles the core of Indian cricket, due changes are made, and faith is restored in the sport. 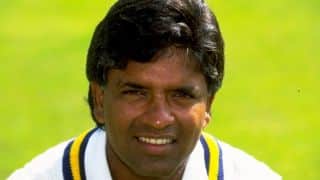