Justin Langer, born November 21, 1970, formed one of the greatest opening stands in history along with Matthew Hayden. Abhishek Mukherjee lists 13 not-too-well-known facts about the southpaw.

Mentioning Justin Langer always brings memories of his partnership with Matthew Hayden. They had put on 6,081 runs between them at an average of 51.53, and are one of the only four pairs to add over 6,000 runs between them (the other three being Rahul Dravid and Sachin Tendulkar, Mahela Jayawardene and Kumar Sangakkara, and Gordon Greenidge and Desmond Haynes).

Despite being overshadowed by Hayden for most of his career, Langer carved out a niche of his own, scoring 7,696 runs at 45.27 with 23 hundreds. As an opener his numbers read 5,112 at 48.22. Of all Australian openers with over 3,000 runs, only Bobby Simpson and Hayden average more.

Here, then, is a list of 13 facts about the Western Australian champion.

Perhaps Langer’s greatest claim to fame is the fact that he has scored the most First-Class runs (28,382 at 50.23) among Australians. His 86 hundreds are also the second-best among Australians after Don Bradman’s 117.

Justin’s uncle Robert Samuel “Robbie” Langer was an aggressive left-handed batsman who averaged 43.06 in First-Class cricket, playing mostly for Western Australia. He was good enough to be signed up for World Series Cricket (WSC), where he scored 45 against WSC West Indies and 39 against WSC World XI.

Long before he became a Test opener, Langer had made his ODI debut as a specialist wicket-keeper. In fact, Langer had kept wickets in four of the eight ODIs he played in. In these four matches he scored 89 runs off 60 balls, being dismissed only once. His average (89.00) and strike rate (148.33) are the most for any wicket-keeper to have scored 50 runs (though, given the sample size, this is merely a fun fact).

Contrary to popular belief, Langer could be aggressive on his day. He scored 160 ODI runs in all at a strike rate of 88.9. To put things into perspective, Michael Hussey, Ricky Ponting, Hayden, Michael Clarke, Damien Martyn, and the Waughs all have lower strike rates.

Perhaps the greatest example of Langer’s explosive batting came against New Zealand at Hobart in 2001-02. Hayden scored his first run when Langer was on seven. By the time Hayden had scored his second run, Langer had raced to 58.

Langer was, at best, a military-medium pacer, but he took some big wickets. These included Allan Border, Herschelle Gibbs, and Stuart Law, but at higher levels he had Jacques Kallis and Hansie Cronje (both in First-Class cricket) and Mark Butcher (in List A).

Allan Jeffrey Langer was one of the most famous Australian rugby league footballers. He was nicknamed “Alife”, which went on to become our hero’s first nickname. “JL” came much later.

Langer scored 191 and 97 at his home-ground (WACA) in 2004-05. Pakistan, in response, were bowled out for 179 and 72 (Glenn McGrath taking eight for 24 in the second innings), falling 37 short of Langer’s personal score. He became the eighth batsman (after Bobby Abel, Patsy Hendren, Len Hutton, Bradman, Gordon Greenidge, Inzamam-ul-Haq, and Hayden) to achieve this feat. This also remains the only occasion when a cricketer was dismissed in the 90s and in the 190s in the same Test.

Martial arts: A Ken Do Zai, Langer became a Shodan-Ho, and has received his Bushido Cross. He has also received personal training from Kyoshi Justin Boylan, no less. He had also sparred with Vic Darchinyan for two rounds in the ring.

Author: Langer has written four books: the first had the rather long title of From Outback to Outfield: A Revealing Diary of Life on the County Cricket Circuit; then came The Power of Passion; he co-authored his next book (with, er, take a guess) Ashes Frontline: The Ashes War Diaries of Steve Harmison and Justin Langer; and Seeing the Sunrise.

Langer studied at Newman College and Aquinas College, both in Perth. The two colleges now clash for the annual Justin Langer Shield.

Telemachus Brown, a Melbourne rock band, released an album called Medicine Songs in 2006. One of its more popular songs was called (Wrong about) Justin Langer. It ran somewhat like this:

“All I argued was Langer wasn’t my favourite player The way you looked at me like we were gonna end. It’s all my fault, it was my very own clanger. I’ll admit I was wrong about Justin Langer.”

Langer had a horrendous start to his hundredth Test, at New Wanderers in 2005-06. After South Africa scored 303, Makhaya Ntini bounced the first ball; Langer ducked, taking his eye off the ball; the ball hit his helmet, and he had to retire hurt, bleeding as he left the ground. He suffered from concussion over the next few days, and was in mortal danger had he been hit again in near future.

However, he had padded up and was ready to go when Australia were reduced to 275 for eight after being set 294. Brett Lee and Michael Kasprowicz scored the remaining runs. Ponting later admitted that he would have declared the innings closed, had Langer made an attempt to enter the ground. 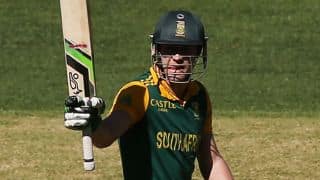 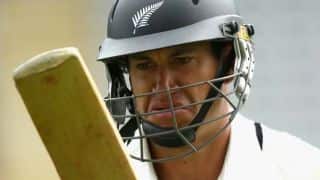