Tarot reader Shruti Chopra looks into her cards to give CricketCountry.com readers exclusive insights into what lies ahead in the IPL matches. In the below piece, she dwells into the Chennai Super Kings vs Kolkata Knight Riders game - the only IPL match on Monday. 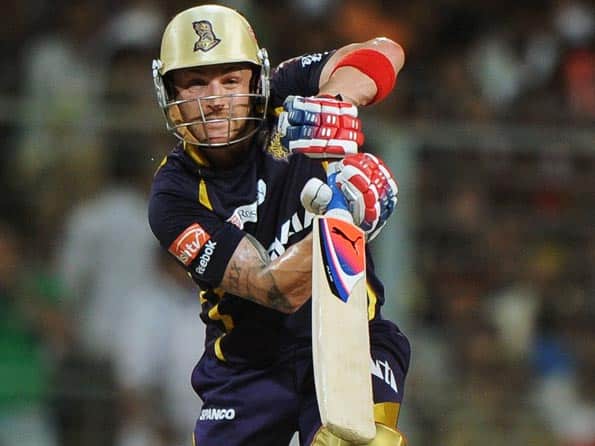 Tarot reader Shruti Chopra looks into her cards to give CricketCountry.com readers exclusive insights into what lies ahead in the IPL matches. In the below piece, she dwells into the Chennai Super Kings vs Kolkata Knight Riders game – the only IPL match on Monday.

The Super Kings, despite coming into this game with strong plans and the right resolve to implement them – their performance can be too carefree. The Fool does advise that although a risk taking attitude is good, but a balanced and mature approach like the Temperance will allow them better stability. They should also be careful of leaving their final attack too late.

Mahendra Singh Dhoni will, like the Sun, have a strong start and make some valuable runs. He will play unselfishly – for the team’s cause. As a captain he has too many ideas clouding his mind. He could be unsure of the right time to apply the required strategies. The Nine of Swords explains a drop in confidence.

Dwayne Bravo will feel that too much is expected off him. The Four of Pentacles shows him accumulating runs and being miserly in his bowling.

Suresh Raina will have a shaky start, but with the Eight of Pentacles there, he will be able to apply himself well and be positive.

Ravichandran Ashwin will initially be strong and will remain balanced like the Justice card.

Francois du Plessis will be an important player for Chennai today. He will be strong, consistent and active on the field.

Ravindra Jadeja will be stable, but will lack energy. He, like the Nine of Cups will be too comfortable and unable to challenge himself.

The Ten of Swords does show the immense pressure Kolkata will be under, but with the Three of Pentacles there, it shows the encouragement individuals will get to step up their game. The positive is also their ability to finish strongly and authoritatively – they’re ready to fight the Super Kings head on.

As a batsman, Gautam Gambhir will have many ideas. And like the Queen of Wands, he will have the confidence to apply them. In his captaincy, he will be too carefree and just depend on his players to understand what needs to be done – he will lack direction.

Brendon McCullum will grab on to this opportunity and despite an initial slow pace will manage to pick up the rate quite well.

Jacques Kallis will accumulate runs at a good rate and will dominate through intelligent and controlled batting, as explained by the Strength card.

Yusuf Pathan, like the Hierophant, will be balanced and channelise his aggression to good use.

Sunil Narine will be stable and with the Star, he will be able to rescue the team from a tight spot. A good day for him.

Brett Lee will be steady and deceptive in his bowling. It will be a consistent day for him.