Kapil Dev tenure didn't go for so long because of the rise of match-fixing scandal.

Kapil Dev was appointed as the coach of the Indian team during Sachin Tendulkar’s captaincy in September 1999.

During that period his name was dragged into a controversy when former player Manoj Prabhakar accused Kapil of trying to bribe him during a tournament in Sri Lanka in 1994. Though he was later vindicated, Kapil resigned from his post in September 2000 succumbing to the severe pressure from politicians and fans.

Kapil also mentioned in his resignation later that he was bidding good bye to the game as he was hurt by all the allegations. Later, Kapil did come back to cricket and public life.

Amul came up with this advertisement in reference to Kapil Dev’s replacement. The copy said, “Stop-Kap Replacement?” It asked the question whether the coach of the Indian cricket team has stepped down permanently or not? It also showed in the golf course. It hinted that Kapil headed towards his favourite hobby, golf, bidding farewell to cricket. We also see the Amul girl as the caddie. 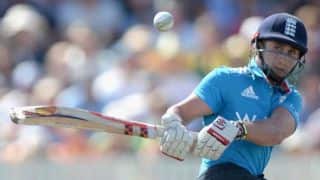