On February 11, 1981, India did the improbable by defending 143 against a strong Australian line-up in their own backyard. Kapil Dev’s fifer bowled Australia out for 83 – a result which helped India draw the series 1-1. Chetan Chauhan, the opening batsman of that Indian team and Syed Kirmani, the wicket-keeper, go down memory lane with CricketCountry’s Nishad Pai Vaidya. 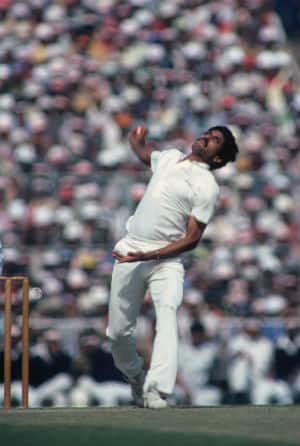 On Day Five, Kapil Dev returned recharged and had recovered enough from his injury as India went for the kill  © Getty Images

On February 11, 1981, India did the improbable by defending 143 against a strong Australian line-up in their own backyard. Kapil Dev’s fifer bowled Australia out for 83 – a result which helped India draw the series 1-1. Chetan Chauhan, the opening batsman of that Indian team and Syed Kirmani, the wicket-keeper, go down memory lane with CricketCountry’s Nishad Pai Vaidya.

The date February 11, 1981, is etched in the annals of Indian cricketing history as one of its finest moments. A Sunil Gavaskar-led side defended a total of 143 against the mighty Australians at the Melbourne Cricket Ground (MCG) to script an enthralling victory. With that win, India had drawn the three-match Test series 1-1, becoming the first time they had avoided a series defeat Down Under. The legend of that victory lives on.

As the two teams headed to Melbourne for the third Test, the pressure was on India as they trailed 1-0 in the series. Chetan Chauhan, India’s opening batsman, recalls, “We lost the first Test badly and just managed to save the second one.”

India were put in to bat, and it was only Gundappa Viswanath who managed to put some runs on the board. “Vishy was struggling for runs on that trip, but he got a good hundred in the first innings,” Chauhan recalls. Viswanath scored 114 runs out of India’s total of 237.

In reply, Australia managed to plunder 419 at the back of Allan Border’s hundred – taking a 182-run lead in the process. India faced an uphill task as they commenced their second innings on Day Three. However, Gavaskar and Chauhan batted with great determination and put up 165 on the board. Chauhan says, “We then batted on the third day; Sunny and myself gave a good start and almost wiped off the deficit.”

With the score on 165, Gavaskar inside-edged Dennis Lillee on to his pad and was given out lbw. A visibly flustered Gavaskar protested against the dubious call. “Sunny was given out lbw, but he wasn’t out. Then there was that famous walk-out. I don’t remember anybody saying anything to Gavaskar as I was engrossed. Lillee went up to him and showed that the ball had hit the pad first and then the bat, which I thought was not right. Gavaskar was struggling for runs on that trip, and then he got a half century. He was getting a lot of stick on that tour and he wanted to get a big score. In that series, there was a big contest between him and Lillee.”

Syed Kirmani, the Indian wicket-keeper in that game says, “Slow motions showed that he had a thick edge on to the bat.”

The Indian captain then asked his opening partner to go back with him to the pavilion. Chauhan recalls what happened in the middle, “I hesitated in walking back to the pavilion as anything would have happened in the match. Getting [a] bad decision is a part of the game. I overheard the umpire saying, ‘If you are walking out, you are taking a chance of forfeiting the game.’ Gavaskar asked me if he was out and I said no. He said, ‘Let us protest,’ and I said, ‘You are the captain and whatever you say I am behind you.’”

Meanwhile, in the dressing room, Kirmani asked Wing Commander Shahid Durrani, the manager of the team, to intervene. Kirmani recalls, “I told him ‘Sahab, aap jaiye or rokiye inko’ (Hindi for: Please go and stop them). Tell them to go back and play; don’t let them come out…and I literally pushed him to do it. He then went and asked Chauhan to stay. Sunil came in and Dilip Vengsarkar went out to bat.”

Durrani stopped Chauhan from leaving the field and the Indian innings resumed as Vengsarkar walked out. The Indian innings couldn’t capitalise on the start as the men in the middle didn’t score big. Eventually, they were bowled out for 324 – leaving Australia with 143 to get in the final innings.

Australia started their pursuit late on Day Four. The score wasn’t big and one would have expected Australia to sail through. Kirmani had other ideas, “I have always been optimistic – whatever may have been the total.” However, Chauhan was more realistic, “To be very honest, I didn’t think we would defend the total. Australia was a strong side with their batsmen [were] in form. Chappell, Kim Hughes and Allan Border had been amongst the runs in that series. In the dressing room, we had a small meeting and we decided – let us give it a go.”

But, India started their defence without Kapil Dev, the talismanic spearhead of the attack. “Kapil Dev wasn’t there to bowl as there was a strain in his hamstring. But by the end of Day Four, we had them at 24 for three with Greg Chappell back in the hut. Dilip Doshi bowled well and the game was open,” says Chauhan.

India had pegged Australia back, but they had to make considerable inroads the next day. There was a sense of optimism though, as Chauhan says, “Viswanath had made a statement that evening that whenever he had scored a hundred, India hadn’t lost a Test match.”

The next morning, Kapil Dev returned recharged and had recovered enough from his injury. India were going for the kill. Kirmani says, “Kapil and Doshi bowled a good line. When the bowlers get the upper hand, the confidence levels boost up. We put pressure on them and they couldn’t come out of it.”

Kapil and the spinners started hitting the right channels and things started moving for India. In fact, Kapil was getting the ball to both ways.

At 55 for five, it was game on with Hughes and Bruce Yardley dismissed. Border, the centurion of the first innings, was still in the middle and India knew the importance of his wicket. What happened next was game-changing as Kapil had him caught down the leg-side by Kirmani. That catch is fresh in the stumper’s memory. “That catch of Allan Border which I took down the leg-side off Kapil’s bowling is one of the best catches of my cricketing career. Channel Nine used to start with my catch on their Classic Catches,” he says.

Chauhan felt that wicket was the “turning point.”

India then realised that they were in with a good chance as Australia’s main batsmen were all in the pavilion. “When the seventh wicket fell, we were very confident that we could beat these guys,” Kirmani says. Doug Walters was the only Aussie batsman holding fort.

On a wicket that had produced a lot of runs, this collapse was extraordinary. Kirmani didn’t see any significant change in the wicket. “By the time you get to the final innings, wear and tear is obvious, buy it wasn’t like you couldn’t play. Application was needed. We were confident in bottle-necking the Aussies.”

Chauhan concurs, “It was a good batting track and there wasn’t much of a change. Except the ball was keeping low and turning a bit.”

Australia were packed off for 83 and India clinched the game by 59 runs. The once injured Kapil had produced match-winning figures of five for 28. India and Australia shared the series 1-1 and it was a huge moment for all the players.

“It was the first time we tied the series in Australia. We were criticised a lot on that trip, but came back very strongly at Melbourne,” says Chauhan.

Kirmani cherishes that moment, “We had our celebrations and were extremely delighted at what we had achieved.”

While the game itself would be more remembered for the Gavaskar walk-out, the importance of the victory cannot be forgotten. It took India another 22 years and a spectacular effort from Rahul Dravid at Adelaide to register their next Test victory Down Under.