Karnataka have this unique blend of internationals stars and a few upcoming talents.

Karnataka sealed victory in the Vijay Hazare Trophy to begin the 2014-15 domestic season with a bang. This comes after a success 2013-14 season, where they clinched the Ranji Trophy, Irani Trophy and Vijay Hazare Trophy. Nishad Pai Vaidya writes about Karnataka’s most important ingredient to success — unabridged team spirit.

As Ganesh Satish and KL Rahul took control of the Ranji Trophy final against Maharashtra, the whole team assembled on the boundary ropes. There was a relatively quiet passage of play, when the whole troop on the boundary clapped in unison, even singing in a chorus. That echoed through the almost empty Rajiv Gandhi International Stadium, Hyderabad. It breathed life into the venue and made you take notice of this unit. A few weeks later, they had the Ranji Trophy, Irani Trophy and the Vijay Hazare Trophy in their cabinet. Come the 2014-15 season, they retained the Vijay Hazare Trophy with another smashing performance. What makes Karnataka the best team in Indian domestic cricket currently?

Some would put it down to copious quality. Yes, Karnataka have this unique blend of youth and experience — some internationals stars and a few upcoming talents. Others may say they have been the most clinical and disciplined side. But their success stems from their unity and team spirit. It was that spirit which was evident on that day during the Ranji Trophy final last season. Here was a team revelling in each others’ success and focused on getting back glory to their state. The other important facet of this side is that there is no divide between a senior and a junior. It is a frank and an open atmosphere in the dressing room, with respect for each others’ skills.

R Vinay Kumar has led the side well and hasn’t backed away from taking tough decisions. The right-arm bowler exudes confidence in not only his ability but his teammates. On the field, he is proactive and expressive. Then there is a Robin Uthappa, who has a charming aura around him. The experienced batsman has the ability to lift the others around him with his talks. His energy and optimism is almost infectious on any given day. He talks philosophically — asking his team to visualise success. With these men at the forefront, they have knitted a very strong unit. Manish Pandey, Abhimanyu Mithun, CM Gautam, Rahul and Karun Nair are some of the others who have become crucial parts of that belief system.

Through that, the unsung heroes are the support staff. Former Karnataka players J Arun Kumar and Mansur Ali Khan, a duo popularly dubbed as JAK and MAK, have played crucial roles. Guiding the players from the dressing room, they have been instrumental in creating that positive atmosphere in the team. Both men have gone beyond coaching roles and have been friendly figures in the dressing room, spreading optimism. Not to forget, the managerial staff as well, who are a part of this big family.

When you watch the Karnataka team together, it is pure joy. They are constantly smiling and the camaraderie is evident. And their celebrations bring the best out of them. Following their Ranji Trophy triumph last season, they painted the town red in Hyderabad. The senior player, Uthappa, and a junior, Rahul, chased coach Arun Kumar around the park to give him an ice bath. That in many ways was a picture that highlighted the spirit within. A family was celebrating success and happiness — which they have successfully carried into a new season. 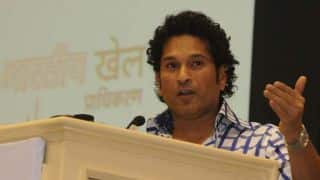 Phillip Hughes to have more scans after surgery