India sprang no surprise when they excluded Karun Nair who scored a match-winning 303 against England in the Chennai Test last year to bring in their vice-captain Ajinkya Rahane.

India sprang no surprise when they excluded Karun Nair who scored a match-winning 303 against England in the Chennai Test last year to bring in their vice-captain Ajinkya Rahane for the one-off Test against Bangladesh. While it was expected that Nair will have to make way for the senior Indian batsman, there were still doubts over India’s choice as Rahane has been in poor form ever since the team started playing at home. Rahane scored a century during India’s tour of West Indies in mid 2016, following which he has been in a poor form. Rahane has not even crossed 30 in any of his innings since the ‘India Cricket’ season began, and also missed the later stages of the Test series against England due to an injury to his finger. FULL CRICKET SCORECARD: India vs Bangladesh, one-off Test at Hyderabad

However, Rahane’s return was almost confirmed by India coach Anil Kumble in the pre-match press conference. It must be remembered that this is not the first instance that a player has been dropped despite playing a match-winning knock for his side. Let us take a look at the list of players who have been dropped from Test side after scoring big 100s, 200s and 300s:

Ken Barrington: One of England’s greatest batsmen, Barrington, in a shocking move was dropped from the Three Lions Test side in 1965. Barrington took as many as seven painstaking hours to make his 137 runs against New Zealand at Edgbaston. Barrington, as called in by England management, was suspended but not dropped as the rumors suggested. LIVE CRICKET UPDATES: India vs Bangladesh, one-off Test: Day 1

Geoffrey Boycott: England continued their appalling treatment of great batsmen in years to come. After Barrington, Boycott was unanimously dropped from the side in 1967. Boycott reached his top score of 246* runs against India, which was as slow a knock as Barrington’s. Boycott made just one Test appearance in the remaining season, while being chosen for West Indies in winter.

Andy Ganteaume: Ganteaume, playing in his debut match against England in 1948 at Port of Spain, scored a sluggish hundred. He was asked by West Indies management ‘to get on with it’ in the middle of the pitch via a note handed to him by Frank Worrell. Ganteaume, more than anything, fell victim to the class of Worrell, Everton Weekes and Clyde Walcott, who were smothering runs by the truck, and internal politics amongst the various islands in West Indies.

He did not participate in any Test thereafter and forever remained the man who had a better Test average than Sir Don Bradman.

Rodney Redmond: Another one-Test wonder, New Zealand’s Redmond was dropped from the side for a number of reasons unlike Ganteaume, who was dropped from the West Indies team due to bickering politics in the board. Redmond scored 107 and 56 in the first Test against Pakistan in 1973. Only reason for Redmond s inclusion was an injury to John Parker, who came back into the team after recovering from a thumb injury.

Another reason given was that the national selectors were stubborn and ignorant against his addition.

Aravinda de Silva: Sri Lankan batting legend and World Cup winner de Silva, made headlines across the island nation after he was dropped from the national side in 2002. De Silva scored a blistering double-ton which saw Sri Lanka thrash newbies Bangladesh by 506 runs. De Silva, who was rested from the next match, announced his retirement from Test cricket, which saw Marvan Attapatu, Mahela Jayawardene and Kumar Sangakkara take new guard.

Jason Gillespie: After receiving a shock recall into the Australia Test side, Gillespie scored a career best 201* runs against Bangladesh. Gillespie, who became out of favor with Australian selectors, knew this fact and even went public about his unsecured future in the side. Gillespie was awarded Man of the Match and Man of the Series awards only to be never seen in the Test arena again.

Kevin Pietersen: One of cricket’s most loved and controversial players, Pietersen was unceremoniously dropped from the England squad in 2012.Pietersen’s omission was more about his off-field antics than his on-field brilliance. After he plundered South Africa for 149 runs at Headlingly, England captain Andrew Strauss and coach Andy Flower churned out a backroom masterstroke, which saw him miss the tie at Lord’s. He inevitably was accused of bad-mouthing his teammates in the dressing room.

Pietersen, still an active cricketer, hopes that someday he will get an England call-up, which sadly looks bleaker by the day.

Martin Love: There was never a dearth of competition for a spot in the Australian Test team in the 2000s, which sadly saw a truncated international career for Love, who scored a fifty on debut and followed it up with a string of ducks and poor scores. Love, under pressure to score big runs, managed to score his only hundred against Bangladesh playing his fifth Test.

Love remained not out on 100, which became his final Test innings as Damien Martyn recovered from an injury and cemented his place in the middle order.

Karun Nair: The right-hander made a forgettable start to his Test career with a couple of failures. However, little did England know that their misery was not over in India on their tour in 2016-17, as Nair roared into form in the Chennai Test. Riding on a a few lifelines provided by a listless England side, Nair stroked his way to 303 not out, becoming only the second Indian to score a Test triple-hundred.

However, as it was widely expected that Nair had to take the fall in a side which perhaps has the richest of bench strengths. India vice-captain Ajinkya Rahane, who was not at his best against England, made a comeback into the side for the one-off Test against Bangladesh.

Jayant Yadav: Interestingly, Jayant also became a member of this exclusive list which has players being dropped after their centuries. Jayant scored a fabulous 104 against England in Mumbai, before being ruled out of the final Test in Chennai due to a hamstring injury. Jayant missed the rest of the series against England, and returned into the side for the one-off Test against Bangladesh.

As is the rule in the Indian team, Jayant had to prove his fitness, for which he played against the touring Bangladeshis for India A. It was expected that Jayant will be in the side for the contest to be played on a benign wicket, but India opted to go in with three seamers. 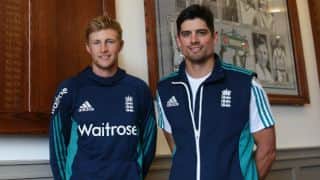 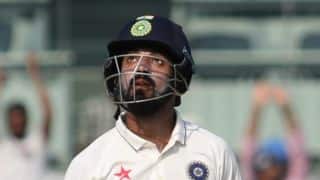