Karun Nair was Karnataka’s go-to man in crisis situations during the knockout phase of Ranji Trophy 2013-14 . Nishad Pai Vaidya spoke to Nair about his game and sterling efforts throughout the season.

To be a champion team, you need all your players to contribute collectively. Thus, in times of crisis, you need each member to rise to the occasion and bail the side out of trouble. No wonder, Karnataka lifted the Ranji Trophy 2013-14, as they found warriors to sail them through every battle. Take Karun Nair for example; the young batsman has made a good impression in his debut First-Class season and was one of their key players in the knockout phase of the tournament.

Nair already had some experience in representative cricket, as he had made his List A debut for Karnataka in early 2012. Last year, he was a part of the Royal Challengers Bangalore (RCB) side in the Indian Premier League (IPL). He only got two matches, but the experience was invaluable. “Seeing the other international players and how they prepare before a match. I tried to look at them to learn and pick up something. Batting in the nets with the international bowlers also helped me a lot. Playing against them in the nets is valuable practice,” Nair says.

Then in December this year, Nair was called up for the Ranji Trophy in the middle of the campaign and made his debut against Punjab at Hubli. Nair says, “I have been waiting for this opportunity for the last couple of years. I was ready for the opportunity and made use of whatever I got.”

However, he had a tough beginning in Ranji Trophy. In his first three innings, he could only muster scores of 21, 13 and seven. Perhaps, he was too eager to make an impression and did not produce the results. “When I made my debut, I wasn’t mentally prepared. I was trying to play too many shots early and score runs without showing patience. I kind of changed that after two games. I thought that I should stay at the wicket and the runs will follow,” Nair believes.

But, credit to the Karnataka management as they persisted with Nair. In their last league game against Delhi, Nair opened the batting and produced an innings of 105 on a tough track. That was followed up with another ton in the quarter-final against Uttar Pradesh. Walking in to bat at 15 for three, Nair held firm as Robin Uthappa blazed away at the other end. His ton was important in Karnataka’s cause and they did ultimately go on to win the game. The new found approach paid dividends for Nair, “I haven’t changed anything with the technique, but only mentally as I thought I should be more patient and just wait for the runs.”

When I made my debut, I wasn’t mentally prepared. I was trying to play too many shots early and score runs without showing patience.

And he wasn’t done there. Later in the semi-final against Punjab at Mohali, in seaming and wintry conditions, Nair produced a gem to help Karnataka take the crucial first innings lead. Facing a first innings total of 270, Nair walked in at 94 for three to take on a quality attack in Manpreet Gony, Sandeep Sharma, Jaskaran Singh and Harbhajan Singh. It was easily the toughest proposition for him, “Yes it was difficult as the situation was tough. I went in when it was 94 for three. We were 170-odd runs behind. The only thing on my mind was not to lose any more wickets then and get a partnership going at that point.”

Nair faced 296 deliveries for his unbeaten 151 and combined with Amit Verma (who scored 114 not out) to help Karnataka surge ahead and put Punjab out of the contest in a game marred by inclement weather. “I never thought about when to accelerate. I just did whatever natural thing that I had. I played with more patience and waited for the loose balls. Whenever they gave me the loose balls, I put it away.”

In the final, Nair, comparatively, did not have much to do as the top order setup a good base in the first innings. He did score 44, but his unbeaten 20 in the second innings would be cherished by him, as he saw Karnataka through to the title. “Everyone has worked hard. We should give credit to the whole team and support staff,” he concludes. 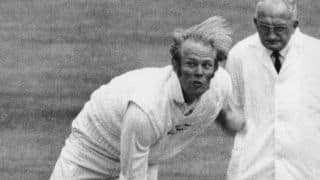 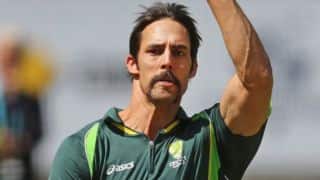