Keith David Boyce was a cricketer from Barbados, who went on to represent West Indies in 21 Tests and eight One-Day Internationals (ODIs).

Keith David Boyce, born October 11, 1943, was a cricketer from Barbados, who went on to represent West Indies in 21 Tests and eight One-Day Internationals (ODIs). An Essex legend for many years, he is best remembered for his heroics in the final of the inaugural World Cup in 1975. Suvajit Mustafi looks at 14 interesting facts about the athletic cricketer from the Caribbean.

1. Early days: Boyce was born in Castle, St Peter, which is in Barbados. He studied at Coleridge and Parry School. He started off as a leg-spinner and as a youngster played alongside the likes of Everton Weekes, Seymour Nurse, and Charlie Griffith.

2. First-Class debut: He made his First-Class debut in February 1965 against International Cavaliers. He picked up the wickets of Allan Knott and Peter Richardson, and scored a breezy 55 against an attack that had Trevor Bailey, Roy Marshall, and the inimitable Jim Laker.

3. To England shores: Impressed with Boyce, Bailey got him to England and soon he was playing for Essex. In fact, Boyce s second First-Class game was for Essex in June 1966, where he went on to bag his career-best figures. Against Cambridge University, the 22-year-old claimed 9 for 61 in the first innings and followed that up with 4 for 47. He played for Essex till 1977.

4. Making it to the grand stage: Boyce made his Test debut at Guyana, in the third Test of India s tour in 1971. In the match that ended as a draw, Boyce opening bowling and picked up match figures of 2 for 59. He scored only 9 with the bat. Two years later, he picked up figures of 2 for 40 in his ODI debut.

5. Prolific run in county cricket: In the English county season of 1971, Boyce claimed figures of 7.4-0-26-8 in the John Player League match against a star-studded Lancashire side at Old Trafford. Those were the best List A figures at that time. He had a brilliant county season in 1973 when he scored over a thousand runs at over 30 and picked up 82 wickets at just over 20. He was awarded The Cricket Society Wetherall Award for the Leading All-Rounder in English First-Class Cricket.

7. The Chelmsford heroics: In 1975, against Leicestershire, Boyce was on a roll. At County Ground in Chelmsford, he slammed 113 in Essex s first innings total of 300 and picked up 6 for 25 in the first innings. That wasn t all; he went on to pick up 6 for 48 in the second innings too. He became only the third Essex player to score a hundred and take two five-wicket-hauls in the same match.

9. Knee injury: Boyce could have played more and achieved a lot had his injured knee not come in the way. Wisden writes, He [Boyce] was forced out of the game he worshipped by a knee condition that left this marvellous, natural athlete hobbling arthritically for the rest of his life.

11. The nickname: In cricketing circuits, he was called Stingray.

12. Troubled personal life: His marriage broke and what did not help was his alcohol consumption. His financial condition deteriorated and his home was blown away in a hurricane.

13. Getting back on his feet: After he lost his home in a hurricane, he was handed a job that included the Barbados Cricket Association lottery and coaching youngsters.

14. Passing away on his birthday: Boyce suffered from chronic cirrhosis of liver and in 1996, he collapsed while sitting in a chair at a pharmacist s. That day was October 11, his 53rd birthday. He became the only international cricketer to have died on his birthday. 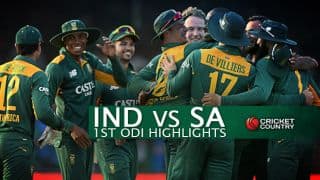 India vs South Africa 2015, 1st ODI at Kanpur highlights: Rohit Sharma and AB de Villiers light it up, India bowl poorly at the death, and more 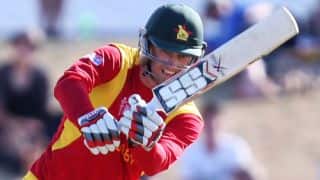