Keith Pont was an extremely popular character during his playing days because of his on-field antics, but on this day he surpassed even himself.

On July 3, 1972, Keith Pont bicycled across the ground while fielding for Essex during a major chunk of the Derbyshire innings. Abhishek Mukherjee looks at one of the strangest acts by a fielder.

Keith Rupert Pont hailed from a family of sportspeople. His brother Ian Leslie Pont played for Essex as well (he also holds the record for the second-longest distance to which a cricket ball was hurled; threw the javelin over the Olympic qualifying distance; and had tryouts as a pitcher for New York Yankees and Philadelphia Phillies); another brother Kelvin played for Essex Second XI.

But this story is about the carefree Keith Pont. An all-rounder, Pont played for Essex from 1970 to 1986, and was an extremely popular character because of his on-field antics. On that day at Ind Coope Ground, Burton-on-Trent, however, he took things to another level. It was even more remarkable given that it was Pont’s seventh First-Class match, and he had not even received an Essex cap till then.

Day One: Essex restricted to 222

David Wilde struck early twice before Bob Taylor decided to bat. Keith Boyce, walking out at No. 5, flailed his willow to score a lusty 44 before falling to Mike Hendrick, while Brian Ward held up an end, helping Essex crawl along. Hendrick and Wilde contained the lower order as Ian Buxton kept on striking with his medium-paced bowling.

At 157 for 8 things looked a bit precarious for Essex, but Robin Hobbs batted grittily; Ray East and John Lever supported him well, and Essex eventually recovered to 222. Hendrick, Wilde, and Buxton shared all ten wickets between them. Peter Gibbs and Ian Hall saw things off until stumps as Derbyshire finished exactly 200 runs behind Essex.

Gibbs (50) and Hall (49) gave Derbyshire a surprisingly good start, adding 95 for the opening stand. However, once Boyce and Lever began to strike, Derbyshire had no option but to bat out all day. They batted on and on, but could not capitalise on the opening stand; Buxton was the only other man to go past 15 as they were skittled out for 193 at stumps.

Meanwhile, Taylor, for some reason, was making Pont run from third-man to fine-leg if there was a right-left combination at the crease. It was not the coldest of days, and the course of play was dreary; Pont, bubbling in the vigour of his youth, did a few jogs from one end to the other. Then fatigue, and more importantly, boredom crept in.

A desperate Pont asked a spectator for his bicycle. Having acquired that, Pont kept on cycling between his positions, parking the vehicle just outside the boundary line once he reached there. This led to a general hilarity among his Essex teammates, who got an idea of the character that Pont was.

Essex needed quick runs on the last day, and Keith Fletcher rose to the occasion. Graham Saville played a cameo, but Fletcher took control once Essex were reduced to 68 for 3. Boyce was in the mood as well: he equalled his first innings effort of 44 (he had also taken 4 for 61). Fletcher eventually fell for 80 just before Taylor declared the innings closed, exactly 200 ahead.

Once again Boyce came into action, jolting Derbyshire with the early blow. Things looked under control at 62 for one, and even at 116 for 3, but once Boyce came back to have Ashley Harvey-Walker Derbyshire started sinking. They lost their last 7 wickets for 43 and lost by 41 runs.

The anecdote is often attributed to East. However, to be fair to the rumour-mongers, East was another great character from the Essex team of the 1970s. In some versions Keith Fletcher is often named as the captain. In some other versions it is mentioned that the incident was an outcome of a punishment dished out to the fielder.

However, East himself put rest to all doubts at the Cricket Society Annual Spring Dinner, 2013. Philip Reeves reported: “Ray was asked about the infamous bike story. He revealed that the story was true but it was not him on the bike. It was at Burton-on-Trent and a young Keith Pont was situated on the third-man boundary and had to jog over to fine-leg every time a single was scored. It was a very slow day and Pont borrowed a spectator’s bicycle and duly cycled between third-man and fine-leg much to the amusement of the players.” 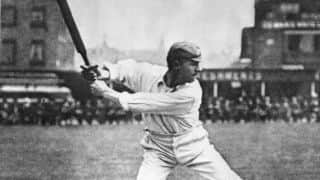 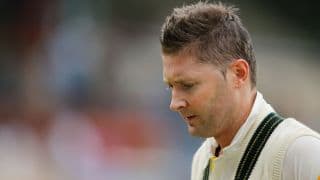