Kemar Roach, born 30 June, 1988, is an exciting fast bowling prospect from West Indies. His bowling, so far, has been characterised by four salient features — menacing speed, robotic accuracy, uncanny control and disconcerting movement — that make the 25 year-old one to watch out for in the future. Prakash Govindasreenivasan has more. 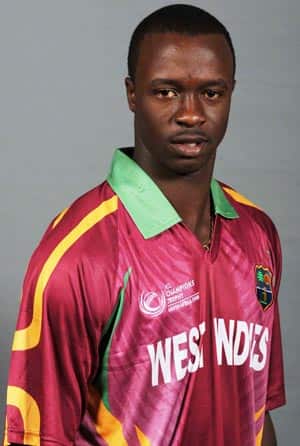 Kemar Roach, born 30 June, 1988, is an exciting fast bowling prospect from West Indies. His bowling, so far, has been characterised by four salient features — menacing speed, robotic accuracy, uncanny control and disconcerting movement — that make the 25 year-old one to watch out for in the future. Prakash Govindasreenivasan has more.

If one is a young and aspiring fast bowler from the Caribbean, the weight of expectation is immense even before he takes his first international steps as he has to suffer unfair comparisons with the giants of the bygone era.

After the devastating duo of Courtney Walsh and Curtly Ambrose bid goodbye to the game, West Indies entered an era where many talented fast bowlers came along, but none made the impact the Fab Four — Andy Roberts, Michael Holding, Joel Garner and Malcolm Marshall — had during the glorious period of the 1980s. But when Kemar Roach ran in for the first time in a T20 match for West Indies against Australia in 2008, a ray of hope rekindle for West Indian cricket.

Roach is not someone who will disconcert a batsman on first look. At 5’8″ with a very relaxed run-up, Roach is anything but menacing when he comes in to bowl. But, it is the final few moments when he nears the crease that he gains momentum and uses up every ounce of his energy to finish the process.

Roach, like most speedsters emerging from the West Indies, has shown an uncanny ability to generate good pace. His ability to clock 90 miles-an-hour on a consistent basis has caught some of the best batsmen off-guard. Along with good pace, Roach has relied on bowling at full length and testing the batsmen till they succumb to the pace. To add to his accuracy at keeping the ball full, Roach also gets the ball to swing both ways. Yet, the best weapon in his armoury has to be his control, without which none of the above three factors would have helped in shaping him as a dangerous bowler.

Michael Holding, one of the finest fast bowlers to emerge from the Caribbean, said about Roach: “One of his biggest strengths is that he has pretty good control and he doesn’t bowl many bad deliveries. That is important in a fast bowler. He can put the ball pretty much where he wants it and he doesn’t have to slow down to do that.”

Roach did not have the most ideal starts to his international career. Playing in front of his home crowd in Barbados against Australia in T20 in 2008, Roach must have had a few nervous pangs.  His first ball ended up being a nasty beamer. Roach had a chance to pick up a wicket off the very next ball when Luke Ronchi failed to keep his bat away from a good sharp bouncer. However, wicketkeeper Denesh Ramdin failed to latch on to the ball. Ronchi went on to slam the first boundary off Roach, but the latter got the better of the batsman when he dismissed him off the last ball of his first over. The 19-year-old Roach finished that match with figures of two for 29 from three overs. 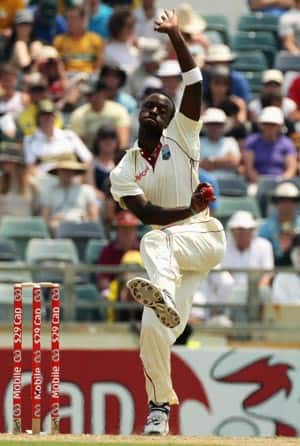 A year later in 2009, Roach made his Test debut in the two-match Test series at home against Bangladesh alongside six other West Indians as a bandwagon of senior cricketers boycotted the series owing to contract disputes with West Indies Cricket Board (WICB).  The home side lost, but Roach had made positive strides as far as his career was concerned. After picking up six wickets in the first Test at St Vincent, he pulled off his career best figures of six for 48 in the first innings of the second Test.  After dismissing Enamul Haque (jr) early on, Roach ensure a Bangladesh collapse. From 150 for six, Roach wrapped up the second half of the batting order to bowl them out for 232. Despite his best efforts coming in a lost cause, the selectors saw a good fast bowling prospect for the future.

The WICB rewarded Roach for his excellent showing against Bangladesh by retaining him in the line-up that travelled to Australia later in the 2009. The Australian conditions suited his style of bowling and he managed to intimidate a handful of Australian batsmen. From the outset, Roach troubled Aussie skipper Ricky Ponting with his ability to angle the ball into the right hander and force him to play on his backfoot. Roach dismissed Ponting on two out of three occasions in the first two Tests and it was as if the sight of the Australian skipper pumped extra energy and a spring in the step of the West Indian pacer.

In the final Test at Perth, Roach was licking his fingers at the prospect of tormenting the Australian batsmen on the bowlers’ paradise. He went on to force Ponting to retire hurt for the first time in his career after a delivery in excess of 90 miles-an-hour struck Ponting on the elbow. Ponting walked back to the crease in the second innings but Roach came into the attack and sent back the Aussie skipper right away.

“He probably owes me a little bit,” were the words of Ponting when Roach earned himself a lucrative contract with the Deccan Chargers in the Indian Premier League (IPL) in the following year in 2010.

Roach’s love affair with Test cricket transcended into the following years as he continued to feature regularly as the strike bowler. When West Indies travelled to Sri Lanka in November 2010, Roach finished the three-match series with 12 wickets, five of which came in the first innings of the second Test in Colombo.

Roach’s best performance in Test cricket came in 2012 at home when he routed the Australian batting line-up twice in the same game. He renewed his rivalry against Ponting with a peach-of-a-delivery that squared up Ponting and got him caught at first slip. In the second innings, his delivery to send Shane Watson’s off-stump cart wheeling was a sight that would have taken a lot of West Indian fans down the memory lane.  By the end of Australia’s second innings, Roach became the first West Indian since 2005 to pick up 10 wickets in a match.

In One-Day Internationals (ODI), Roach picked up his first fifer against Bangladesh in only his third match. Roach showed his hunger for picking up wickets when he finished with 10 wickets in the three-match series against Bangladesh at home.

His next best effort came in the World Cup 2011. After the West Indian top-order had sent the Netherlands’ fielders on a leather hunt, Roach starred with the ball to record his career-best figures of six for 27. In the process, he also picked up a hat-trick — the sixth bowler to do so in a World Cup. 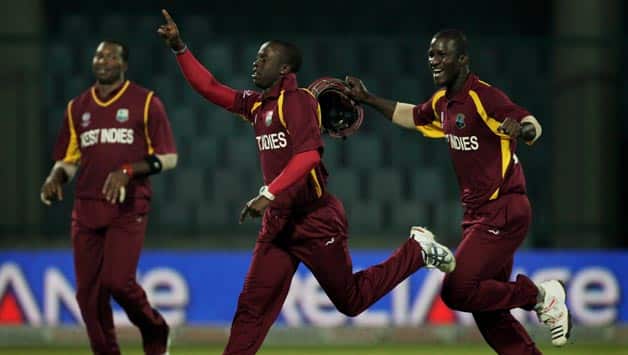 In the home series against Zimbabwe in 2010, a delivery from Roach went through Vusimuzi Sibanda’s defense, broke his bat into two and disturbed the stumps. That was just an example of the kind of damage Roach could do with the pace he generated.

In 23 Test so far, Roach has picked up 85 wickets at an average of 27.71. In ODIs, he has 82 wickets in 54 games at an average of 27.56. With age by his side, the best is yet to come from the Barbados-born lad. From what he has achieved so far, it is fair to say that he has done well to revive some good old memories of the 80s by running in and terrorising the batsmen. In that sense, Roach is the torch bearer of West Indies’ rich fast bowling pedigree.