Ken Wadsworth, the first wicketkeeper to score a century in ODIs, dies at the age of 29

Ken Wadsworth, the first wicketkeeper to score a century in ODIs, dies at the age of 29

It was on August 19, 1976, that Ken Wadsworth, the first wicketkeeper to score a century in One-Day Internationals (ODIs), died of skin cancer at the young age of 29. Karthik Parimal looks back at the unfortunately brief career of this fine player from Down Under. 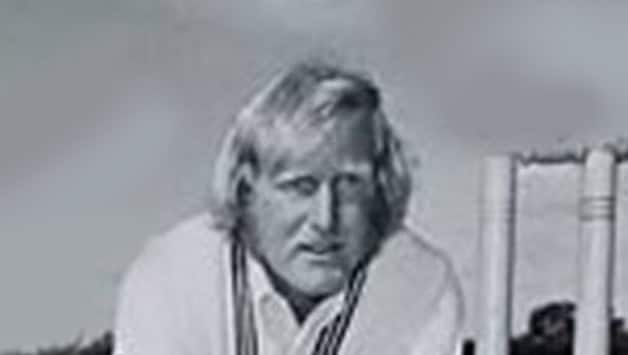 It was on August 19, 1976, that Ken Wadsworth, the first wicketkeeper to score a century in One-Day Internationals (ODIs), died of skin cancer at the young age of 29. Karthik Parimal looks back at the unfortunately brief career of this fine player from Down Under.
In an era where matches were few and the competition fierce, Kenneth John Wadsworth, better known as Ken Wadsworth, surged to the fore against sides the calibre of England, Australia and the West Indies. Hailing from Nelson, a city situated on the shores of Tasman Bay, his exploits in First-Class cricket were duly noted by the powers that be and he was soon drafted into the national side in the July of 1969, for the first Test against England at a venue as majestic as Lord’s. In due course of time, he was on his way to become one of Nelson’s greatest ever cricketers.

At the time, wicketkeeping was largely considered to be a specialist’s job. But, by wielding the willow at the domestic level, Wadsworth challenged that notion. It was for this reason he replaced Barry Milburn — a wicketkeeper of modest batting ability — during the aforesaid tour of England. However, he fails to make a mark in that series, but then so do the rest of the New Zealand batsman. Wadsworth, though, was subject to an extended run of lean patch with the bat, albeit being formidable with gloves — which helped him cling on to his spot during a turbulent phase. In his first 11 Tests, his batting average was seldom above seven.

Considering his artistry, one knew he’d soon step up to the plate with the bat and, in the February of 1972 at Sabina Park, he turned a corner. Batting first, the West Indians piled a mammoth 508, riding on Lawrence Rowe’s double-hundred. In reply, New Zealand, in accordance with expectations, slumped to 108 for five. Then, partly owing to Garry Sobers’s defensive captaincy, Wadsworth smashed 78, alongside Glenn Turner who eventually coasted to an unbeaten 223. It was during this innings that the duo put on a stand of 220, and the partnership etched remained New Zealand’s highest for the sixth wicket in Tests for a good 15 years.

Two years later, the highest sixth-wicket partnership in ODIs was surpassed, too, as Wadsworth and Bevan Congdon stitched together a 130-run stand against the Australians at Christchurch, although it wasn’t enough to seal a victory. However, Wadsworth remained unbeaten on 104 and, in the process, became the first wicketkeeper in ODIs to score a century. Perhaps the Australians were his favourite opponents, for just a few months prior to this feat he registered his best score of 80 against them in Tests and a few months later scored the winning runs in New Zealand’s first Test victory over their neighbours.

In the 1975 World Cup, he got starts that were eventually frittered away, but the way he kept to Richard Hadlee, Richard Collinge and Hedley Howarth earned him praise. New Zealand made it to the semi-finals of that tournament before going down to the mighty West Indies. The following year in February, he thwacked an unbeaten 46 off just 56 deliveries against India at Auckland, a game during which the Kiwis romped home by 80 runs. Little did he (and the rest of the cricketing world) know that it was to be his last appearance for his country.

The next month, he scored 117 in a First-Class match for Canterbury against Otago. The knock steered his side to a Shell Trophy title. Sadly, that was to be his last game of any kind. It was soon revealed that was to battle melanoma — the most dangerous type of skin cancer. The end was swift. In five months, he disintegrated alarmingly and, on August 19, 1976, breathed his last.

It was a loss that hit the cricketing fraternity hard. At the age of 29, with 33 Tests and 13 ODIs under his belt, the man with the thick blond hair, Wadsworth, bid adieu. “His wicket-keeping gloves were placed next to his body, and his colleagues from the 1973 tour respectfully lowered his coffin into the grave,” stated The Hindu. A 35-over match between a New Zealand Invitation XI and an Australian XI was played in his memory at Christchurch.

In 2011, On Wadsworth’s 35th death anniversary, his daughter Jayna Wadsworth got the current crop of New Zealand cricketers to sign on an old photo of her dad’s and auctioned it for the Nelson Cancer Society. Another fitting tribute was paid by Wisden, who noted: “His [Wadsworth’s] outlook was more typical of an Australian or a Yorkshireman than a New Zealander and this made proportionately more valuable to his side, who found his courage and confidence an inspiration. His early death is a tragic loss not only to New Zealand Cricket but to world cricket in general.”

Ashes 2013: James Anderson urges England not to rest him for final Test

When Asanka Gurusinha, Arjuna Ranatunga and Romesh Kaluwitharana’s hundreds on a single day went in vain