Born September 14, 1957, Kepler Christoffel Wessels played international cricket for both South Africa and Australia. Wessles was the first cricketer to play at One-Day Internationals (ODIs) for two countries. On his birthday, Abhishek Kumar lists out 16 interesting things about the Proteas batsman.

Wessels was among those players who could excel in other sports as well. At a young age of 12, he used to play rugby union for Free State primary schools and was also among the leading swimmers in his province. Later, he also started taking interest in Tennis. It became difficult for him chose between cricket and tennis.

Wessels started playing cricket from the age of six and credit goes to Johan Volsteedt — his sister’s boyfriend — who taught him the basics of the game. Volsteedt was the first person who coached him during his school days.

3. Encounter with death at young age

Wessels was a gifted and a multi-talented sportsperson. He could have become a good swimmer but due to a close confrontation with death in 1966, Wessels’s father decided that his son would no longer take part in swimming. Wessels was diagnosed with nephritis, and the chances of comeback to swimming were over when he recovered.

Wessels scored his first-ever century at age of nine and following this, he was taken to the Under-13 side of Free State in the same year. Playing against the senior players, he scored 80, 80, 88 and 121. By the end of 1969, Wessels had achieved a bBadmanesque feat while playing for his school Grey College as he clocked an average of 259.59 in mere nine innings.

5. From Sussex to Kerry Packer

After marking his presence in First-Class cricket at the age of 16, Wessels was later seen playing in England after two years and used to open for Sussex. Like other cricketers, Wessels was also keen of playing Test cricket which he fulfilled when he joined the Kerry Packer’s World Series Cricket (WSC) in the late 70s.

Packer wanted to test Wessels’s skills and for that when he arrived at Sydney at the age of 21, he was sent on a trial at the local Waverley Club. Wessels scored 123 against Penrith and soon, the newspapers started speculating on him playing for New South Wales (NSW) side. The media was unaware that Wessels was already signed by Packer. Further, he made another century by scoring 137 against the Sydney Club and selectors named him in the training squad. Packer was waiting for the same since the young South African arrived in Australia and as a result of which he announced that Wessels will be playing World Series tournament instead of domestic matches.

During his first game in WSC, Wessels was stuck by two short balls in his ribs and chest but still refused to leave the field, scoring a fighting 54. It was not the first time when he showed his grit on the field. Later, when he went on to play for Australia, Wessels was once hit by Andy Roberts in the ribs and once again he stood still to score 48.

8. Knack for making it big on debut

Wessels had a habit of scoring big runs on his debut since his school days. When he made his first international appearance by playing for Australia against England in November 1982, Wessels made a remarkable 162 and was the last man to fall. Even in his ODI debut against West Indies on January 1983, he scored an impactful 79.

Later, when he started playing for South Africa, Wessels didn’t miss out as he registered a half-century against India in November 1991, which was his first ODI for the African nation. Wessels’s hunger for runs continued and he replicated the same on his debut Test for South Africa against West Indies, by scoring 59 and 74 in the two innings.

After Australia won the Ashes of 1982-83, Prime Minister Malcolm Fraser hosted a cocktail party for the teams and went to every player to shake hands. But when he came in front of Wessels, Fraser turned away. Suddenly Wessels realised that he was ignored by the Prime Minister of the country despite of being a crucial contributor for the team in the series by scoring 386 runs.

Kepler didn’t keep that incident in his mind and moved on but during the last Test of the Frank-Worrell Trophy series of 1984, he was going to face the similar situation. Having scored 120 not out on the first day of match, nations new Prime Minister Bob Hawke entered the dressing room and shook his hand, congratulating him for his performance.

10. First overseas player to score a century in Sri Lanka

When Australia toured Sri Lanka for a Test in April 1983, Wessels became the first overseas cricketer to score a century at the Lankan soil. He made 141, while in the same innings David Hookes also scored a century and became the second player to do so. Graham Yallop came close to hundred but fell short by two runs.

During the Frank-Worrell Trophy in 1984, Wessels was completely outplayed by the West Indian giant fast bowler Joel Garner. He was dismissed by Garner three out of four times in the series, which led him to gain a nickname ‘Joel’s bunny’. Fortunately, he was ruled out of the team due to injuries as Wessels didn’t have to face Garner again during the series.

Wessels announced his retirement in the late 1985 by giving the reason of disillusionment with Australian cricket. But after a gap of six years, he started the second innings of his cricketing career by representing South Africa.

After the end of isolation period for South Africa, Clive Rice was appointed as captain of the side but Wessels didn’t get any chance to play. Prior to the 1992 World Cup, during the Eastern Province-Transvaal Currie Cup match, when Rice was on his way to the middle to bat, but he suddenly he turned towards Wessels and said, “Good luck in Australia. I’m not going. You’re the captain.”

Wessels faced lot of criticism in his career, but he never got perturbed. Wessels was never dismissed on duck in his 109 ODIs .

Wessels has a son named Riki, who was born on November 12, 1985 in Queensland, Australia but is an English cricketer. The right-handed wicket-keeper batsman has played for Marylebone Cricket Club, Northamptonshire and Nottinghamshire. Riki was also seen playing for Sydney Sixers in 2014.

After retiring from all forms of cricket, Wessels took the job of coaching and coached Northamptonshire county from 2003-2006. In 2008, he also coached Chennai Super Kings (CSK) in the inaugural season of Indian Premier League (IPL). Later, he went to his nation and joined Highveld Lions as a consultant.

The new dawn for England in limited-overs cricket 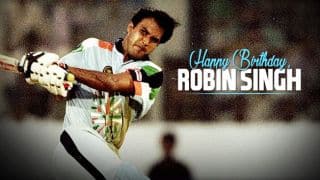