Kevin Pietersen, born on June 27, 1980, is one of the most aggressive batsmen produced by England. Over the years, Pietersen has had many memorable duels with bowlers from around the globe.

Kevin Pietersen, born on June 27, 1980, is one of the most aggressive batsmen produced by England. Over the years, Pietersen has had many memorable duels with bowlers from around the globe. To counter them, he has often come up with audacious ways to score runs. On the occasion of Pietersen s 37th birthday, Nishad Pai Vaidya picks 11 shots that signify his magnificent range of shots.

1. Shades of Vivian Richards England vs Australia, NatWest tri-series 2005, Bristol: With three tons in the one-day series in South Africa, Pietersen came in with this big reputation ahead of the Ashes 2015. During his first One-Day International (ODI) against Australia at Bristol, Pietersen gave a preview of what was to come with a match-winning 91 not out off 65 balls. As the run-chase became tense, Pietersen unleashed an array of strokes. One that stood out was when Jason Gillespie bowled a length delivery, to which Pietersen backed away and smacked it over long-on. Bob Willis, the former England fast-bowler, was effusive in his praise on commentary and said that shot had shades of Vivian Richards.

2. Battering Shane Warne against the turn England vs Australia, 5th Test at The Oval, Ashes 2005: Pietersen and Shane Warne had this chemistry between them ahead of the Ashes 2015 as they represented Hampshire in county cricket. Now, they were adversaries, playing for the Urn in the crucial fifth Test at the Oval, with England needing a draw to clinch the Ashes. Pietersen scripted his defining 158, which secured a draw. Warne had dropped him early in the innings. To add insult to injury, Pietersen carted Warne for an audacious six over mid-wicket. The ball was pitched outside the off-stump, on a length and turning away. Yet, Pietersen went down on one knee, used his reach and swatted it over mid-wicket.

3. Pulling Brett Lee for maximum England vs Australia, 5th test at The Oval, Ashes 2005: The Australian attack bore the brunt of Pietersen s aggression at The Oval, as he moved along to his great 158. Brett Lee was working some pace that summer, having spent over a year on the sidelines of the Test side. He was breathing fire with Pietersen attacking him from the other end. During this interesting duel, Lee hurled a short-one, fast and angling towards his body. Pietersen watched it and pulled it with all the exuberance of his youth. The ball sailed high over fine-leg and into the stands. The dominant Aussies were put to sword by this youngster.

4. Reverse-hitting Muttiah Muralitharan for six England vs Sri Lanka, 2nd Test at Edgbaston, 2006: With all those duels with Warne behind him, Pietersen braced for the wizardy of Muttiah Muralitharan when Sri Lanka arrived in England in 2006. In the second Test at Birmingham, he smashed 142 out of a team total of 295 to setup the game for England. Muralitharan was in the midst of a good spell, but Pietersen had other ideas. This was perhaps the first sighting of his reverse-hit. As Muralitharan came in to bowl, Pietersen changed his footing. Muralitharan bowled a full-toss on the right-hander s leg-stump. Pietersen went down to sweep like a left-hander and put bludgeoned it over deep point for a six.

5. The shot that caused a furore England vs New Zealand, 1st ODI at Chester-le-Street, 2008: As Pietersen moved along to 110 not out against New Zealand, there were two shots that caused quite a bit of debate. He had changed his footing in both while playing Scott Styris and smashed him over the off-side. The debate continues to date as to the legality of the switch hit, with the batsmen changing their footing, effectively their hand. However, one cannot help but marvel at the inventiveness and the audacity of the stroke. We have often seen batsmen change their footing and hit it cross batted square on the off-side, but on this occasion, Pietersen swatted it over long-off as Styris pitched it on the right-hander s leg-stump. The range of the switch-hit expanded with that!

6. The flamingo shot England vs South Africa, 1st Test at Lord s, 2008: Pietersen has played the flamingo numerous times, whereby he flicks deliveries from outside off-stump through mid-wicket. He has explained many times that he does it when the opposition plays a heavy off-side field and then bowl outside off. On this occasion, Pietersen was on his way to 152 against South Africa at Lord s in 2008 and was batting in the 80s. Jacques Kallis bowled a length ball outside the off-stump. Pietersen played that trademark shot through cow-corner for four, dispatching it nonchalantly with that flick of the wrist.

As explained earlier, Pietersen has this knack of playing the flamingo shot to counter the opposition s tactics. One feature of the flamingo shot is that the back-leg often comes off the ground. During his double-ton at Adelaide in the Ashes 2010-11, he charged to Doug Bollinger on one occasion and flicked it off his pads through mid-wicket for a four. What made this shot difficult was that Bollinger bowls at a decent pace and Pietersen had to watch it very closely until he hit it from almost outside the off-stump. The execution was perfect!

8. The softer Dilscoop India vs England, Only T20 International at Kolkata, 2011

Tillakaratne Dilshan has made the scoop over the wicketkeeper a popular shot, but there aren t many who can play it off a spinner, let alone a fast-bowler. The hallmark of a great batsman is the time he has to play each stroke and Pietersen is no different. During a T20 International against India at Kolkata, Pietersen was countering Yusuf Pathan s fastish off-spin. Pathan fired one in on a length as Pietersen sat down on his knee, waited and scooped it over MS Dhoni for a four. The ball in fact veered a little towards the off-side as it went for a four.

9. Driving Dale Steyn on the rise through cover England vs South Africa, 2nd Test at Headingley, 2012

Against a pace attack with its tail up, Pietersen played an innings of great substance at Headingley. To add to all the drama, this came during one of the most acrimonious times in English cricket, which saw Pietersen s ouster from the team ahead of the next Test. However, he put on an exhibition of great strokeplay at Headingley, dealing with Dale Steyn in particular. Steyn got one to move away from Pietersen outside the off-stump. Pietersen held his shape and smashed him on the rise through the gap between mid-off and cover. What made this special was that Pietersen was very still as he played it and allowed his arms to come through, covering the movement along the way. Steyn was made to look like a medium-pacer, the commentators suggested.

Pietersen donned the Melbourne Stars jersey for the Big Bash League (BBL) 2014-15. In his first game, which was against the Adelaide Strikers in Adelaide, he smashed an aggressive fifty. As Melbourne pushed in the slog overs, Pietersen played a shot that left even the commentators short of words. With Ben Laughlin running in, Pietersen went back in his crease and towards the off-side, almost ready to hit it over the leg-side. Laughlin pitched it full outside off and Pietersen swatted it, almost as if it was a helicopter shot. He stopped in his follow through as he hit it and the ball sailed away. Pietersen was on the microphone chatting with the commentators, who asked him what that shot was. 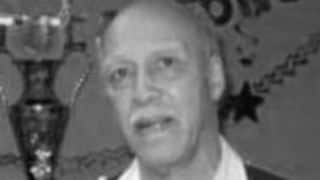