After speculations over his future, it is clear that flamboyant batsman would no longer play for England.

Kevin Pietersen has been controversy’s favourite child and the latest row ends his international career. Nishad Pai Vaidya looks back at Pietersen’s history.

Kevin Pietersen’s has had many clashes with authority throughout his nine year long international career. Thus, it is no surprise that such a clash has been the coup de grace for his international career. After a month of speculation over his England future, it is now clear that the flamboyant batsman would no longer don the three lions crest. It brings down curtains on an entertaining and enthralling career; one that has thrilled spectators across formats. The cricket world would see him play of course, but not at the highest level. Isn’t there a sense of déjà vu?

As Pietersen walks away from the England camp, let us revisit the controversies that have marred what has been a stupendous career.

1. Kevin Pietersen and his clash at Nottinghamshire

In 2003, Pietersen already has a couple of seasons of county cricket behind him and was trying to chart out a path to international success. Thus, when Nottinghamshire were relegated to the second Division, Pietersen wasn’t happy and voiced his opinion to the people who matter at the county. It is reported that Jason Gallian, the Nottinghamshire captain threw Pietersen’s kit bag from the dressing room. Despite all that, Pietersen had to complete his four year contract, although he had threatened to sue Nottinghamshire. He moved to Hampshire at the end of the 2004 season.

2. Involved in war of words with Graeme Smith

In 2006, Pietersen slammed the South African quota system in his book. He was still sour about the fact that he had to leave his country for better opportunities elsewhere. In that book, he also took a dig at South African captain Graeme Smith for his sledging tactics during England’s tour to South Africa in 2004-05 and described him as a ‘muppet.’ In reply, Smith stated, “I’m patriotic about my country, and that’s why I don’t like Kevin Pietersen.” In the years that followed, one could see the intense rivalry on the field of play, but they had to put that aside as Smith joined Surrey as their skipper in 2013, which means he would play alongside Pietersen.

Although this wasn’t exactly the ‘KP-type’ controversy, Pietersen did create quite a stir with his switch-hit. During an One-Day International (ODI) against New Zealand, he changed his footing several times and pulled the ball through the off-side. This continues to divide opinion, but it hasn’t stopped Pietersen from continuing to play the shot.

Peter Moores took over as England coach in 2007 and Pietersen was trusted with the reins of captaincy in 2008, after Michael Vaughan’s withdrawal. His start was brilliant as he sealed a consolation victory against South Africa at The Oval and they trounced the same opposition in the ODIs 4-0. But, the honeymoon was short lived as England bore the brunt of the Stanford debacle in the Caribbean and were beaten 0-5 (ODIs) and 0-1 (Tests) in India. As 2009 approached, the differences between Pietersen and Moores were evident as the former declared that he couldn’t work with the coach. As a result, Moores was axed, but Pietersen too lost his captaincy. The England and Wales Cricket Board (ECB) stated that he had resigned, although Pietersen didn’t exactly remember putting his papers.

5. Gets dropped from ODI side and tweets

When England played Pakistan at home in 2010, Pietersen was left out of the ODI side. A shocked Pietersen tweeted with ire and expressed his disgust with an explicit tweet. The tweet was deleted, but not before it was noticed by the world and the England management, who criticised him for the move. Pietersen however returned to the ODI side in the lead-up to the World Cup after being a part of a successful Ashes tour Down Under.

During the England-West Indies Test series in 2012, Pietersen stunned yet again when he took to Twitter. This time, his target was former England player Nick Knight. Pietersen tweeted, “Can somebody please tell me how Knight has worked his way into the commentary box for Tests? Ridiculous.” As a result, the ECB fined him for his outburst. The amount was never revealed.

Pietersen is England’s most dominating batsman with flair and panache. On June 1, 2012, the world was left stunned when the ECB and Pietersen announced that the batsman had called time on his ODI career. He has been through a rough patch in ODIs, but had bounced back during England’s campaign against Pakistan in the United Arab Emirates (UAE) early in the year. But, Pietersen had a clash of egos as he longed to play a full season of the Indian Premier League (IPL), which normally clashed with England’s summer. His central contract entailed that if he was available for ODIs, he could be picked for Twenty20 Internationals (T20Is) as well. That pushed him to make the tough call.

England were on the brink of losing their No 1 status in the Test rankings to an inspired South African unit. After losing the first Test at The Oval, England were in a spot of bother in the second at Headingley. Pietersen stood out and showed why he is one of the best in the world. Against a pace attack led by Dale Steyn, Pietersen smashed 151 not out to save England the blushes. Yet, there was a storm brewing in the dressing room. Pietersen had allegedly sent derogatory texts to some of the South Africans, which maligned Andrew Strauss, the then England captain and Flower. As a result, Pietersen was immediately shown the door even as England’s top spot was in the balance. He also missed the ICC World T20 2014 in Sri Lanka and was a television pundit instead. However, with the tour to India in the horizon, Pietersen was ‘reintegrated’ in the side.

9. Pietersen and the Ashes fall-out

Pietersen was England’s highest run-getter in the Ashes 2013-14 Down Under. Yet, there was an uneasy calm behind the scenes as there was a silent war brewing between Pietersen and Flower. It was reported that Flower even told the ECB that either of the two would go on. Initially, Flower was backed by the board, but he then quit in early February 2014. Pietersen’s future seemed more secure, but then came the final blow on February 4 as the ECB decided that they have to move on and communicated their decision to the batsman and the world.

In Photos: Kevin Pietersen and the controversies 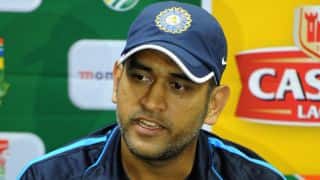