Axing Pietersen would be the biggest blunder for the England think-tank at this stage.

England’s middle-order batsman, Kevin Pietersen divides opinions in cricketing circles right down the middle. At his best, his sheer brilliance wows the crowd and can take the game away from the very grasp of the opposition in a matter of few minutes. There are those though, who mercilessly criticise him by opining that he is of a divisive, arrogant and rebellious character who breaks down the team culture and ethos.  He has had a few run-ins with coaches and captains.  Now, he is in the middle of another spat with England’s present coach, Andy Flower which in turn may end his international career.

If we look back at his career, it has been a long, arduous and most of the times a fruitful journey for the Natal born Pietersen. After moving over to England to play club cricket in 2000, he was invited to play for Nottinghamshire by their then coach, Clive Rice. In just his fourth game for them, he ripped apart a Durham attack led by the fast and furious Steve Harmison to essay his first First-Class hundred. Since then, he was earmarked for success.

But by the end of 2003, he wanted to leave the County club and that led to an ugly fight with the captain Jason Gallian. Even though he played for them in 2004, accruing a truckload of runs, he didn’t seem like a happy man. A few years later by the end of 2008-09, Pietersen, now a glittering star and newly appointed captain of England, found himself in trouble when he wanted Peter Moores to be removed as the coach, as they disagreed on several matters. To make it worse for him, the contents of his email were leaked to the public. It finally saw both Moores and Pietersen losing their jobs as coach and captain, respectively.

In 2012, when he sent ‘derogatory text messages’ on England’s captain Andrew Strauss to his counterparts — South African players, it seemed like his career was coming to a premature end. By then, he had already announced his retirement from the abridged versions of the game, as he believed that there was too much international cricket being played and perhaps, wanted to play more games in the lucrative Indian Premier League (IPL). He has had his share of twitter outbursts too for which he has been fined. It can be argued that there is a bit of double standards at work here, as players like Graeme Swann have got away for similar offences. Even the British media has hounded him big time.

A glance at all those incidents gives an inkling that he gets embroiled in controversies all the time. Sometimes, it can be argued that the England and Wales Cricket Board (ECB) have treated their statistically best batsman (for more than 40 years), quite shabbily, but in the end, Pietersen too has to take a fair share of blame for his own actions.

Having said that, does it make sense for the current regime under Flower to throw a 104-Test veteran off the ship when England find themselves in depths of despair? Yes, Pietersen in the just concluded Ashes 2013-14 series gifted his wicket away a few times and wasn’t in prime form in the Ashes series at home or away. However, if we scratch the surface, underneath, he was still England’s second best batsman in the Ashes series played at home and despite his very modest average of 29.4 Down Under, no one from England aggregated more runs than him. So, it can’t exactly be a cricketing reason to axe him from the side.

In fact, The Daily Mail reported that Flower had gone to the extent of giving a ‘Me or KP’ ultimatum to selectors though, he later clarified that he had not given any such ultimatum.

Flower in his statement said, “I repeat that neither I nor the wider ECB leadership group have made any decisions as to the future involvement of any individuals in the playing group or in the support staff. The reports that I have issued an ultimatum of some description to the ECB are completely inaccurate.”

When there is a batsman who has played majestic innings to take England to a position of strength many times, it is perhaps not right to axe him in times of crisis. Even now, any opposition captain would be likely to say that the most prized scalp in the England team is of Pietersen.

Yet, it is crystal clear that the stormy relationship between Flower and Pietersen is about to explode like a volcano in the open.  The feeling is that the England think-tank believes he can be a bad influence for the younger lot coming through the ranks. They were said to be incensed particularly by him getting caught at long-on at the Western Australia Cricket Association ground (WACA) when they still had an outside chance of drawing the game. Question marks have also been raised over him taking warm-up games lightly. But those few who have seen Pietersen practicing in the nets believe that there are very few in the England camp, who take net sessions more seriously than him.

From Pietersen’s perspective, he doesn’t seem to have any backers within the management. Yes, among the members of the ill-fated Ashes touring party, Chris Tremlett backed his former Hampshire teammate, but he seems to have only a few friends in the squad as well.

To counter the argument of Pietersen’s mode of dismissals, one can hit back by saying that when the same batsman played shots that bordered on sheer arrogance at the Oval against Australia in 2005, at Faisalabad against a fiery Shoaib Akhtar, his awe-inspiring centuries at Lord’s as well as Oval in 2007 against India, battling with  a warrior-like tenacity  at Mohali and Napier in 2008 and those heart-stirring knocks  at Colombo PSS, Headingley and Mumbai last year, his trail of blaze left those critics, who keep gnawing at him, appreciating his mystical brilliance.

Let it be made clear that Pietersen’s game is built on playing an attacking brand of cricket, where he is bound to take risks. It is all about sheer margins for him. Even if you look at that shot at the WACA, which led to his dismissal, it had hit the sweet spot of the willow and would have gone for a six on another day. But the famous WACA wind seemed to have played its part in it not going for a six.

In the Ashes series Down Under, Australia were also successful in blocking off his runs on the on-side, leading to him losing patience and trying risky shots out of sheer frustration. Quite a few times in the past, those gambling instincts have come off for him, but it didn’t in Australia. The writer wonders how can others in the England set up get away with playing nervous pokes outside their off-stump. It is far worse for a batsman to play a half-hearted defensive shot without any conviction and edge one behind than to get dismissed while playing a shot with conviction.

It seems like Pietersen would be made a scapegoat for the Ashes debacle, especially if he plays in the IPL. For all the success Flower has had, in recent times, England’s think-tank have shown a lack of vision in handling things. From Steven Finn losing the plot, Rankin not even looking half as threatening as he would do on a normal day for Warwickshire, the revolving-door selection policy with Nick Compton, Joe Root and Michael Carberry, England getting browbeaten in Ashes series and in UAE, to finally not being able to man manage arguably your best batsman. Everything can’t be attributed to Flower, but he has to take his share of blame. In any sport, it is about picking your best team and not picking XI players who agree with you. One wonders what would have happened to the famed Pakistani pace duo of Waqar Younis and Wasim Akram, if they had played under Flower’s strict regime.

Pietersen, on his part, has done some erroneous mistakes in his career for which he has been duly punished.  But when there is a batsman who has played majestic innings to take England to a position of strength many times, it is perhaps not right to axe him in times of crisis. Even now, any opposition captain would be likely to say that the most prized scalp in the England team is of Pietersen. There is no better way to gauge the importance of Pietersen in the England setup. 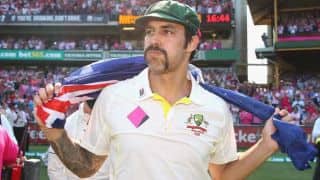 Mitchell Johnson rested from 1st ODI against England in Melbourne 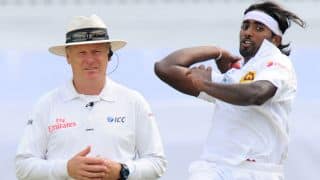