Kings XI Punjab ended their campaign in the Indian Premier League 2015 at the bottom of the points table.

Kings XI Punjab ended their campaign in the Indian Premier League (IPL) 2015 at the bottom of the points table — a depressing performance compared to their previous season in the tournament. Devarchit Varma analyses how IPL 2015 panned out for KXIP, where they went wrong and what lies ahead.

The progress shown by Kings XI Punjab (KXIP) in the Indian Premier League (IPL) 2014 signified that one more franchise in the cash-rich league has done away with the changes and have finally settled down with a very strong squad that has the potential to go all the way. Their show in the seventh edition of the T20 tournament, wherein they missed lifting the IPL trophy only by a whisker raised hopes that KXIP will be a force to reckon in the upcoming season. Why IPL 2015 is virtually over for KXIP, DD, SRH and MI

But surprisingly, KXIP failed to draw inspiration from their last year’s performance and stumbled so miserably that they ended their tournament at the bottom of IPL 2015 Points Table — something that is grossly against their capabilities and firepower. They won only three matches and lost the remaining 11, which exposed that KXIP players were not only in their right mental zone but also that the management did not do enough to stop the fall. Glenn Maxwell: The fine thread between glory and fury

Reasons of flop show: KXIP had an all-round failure in IPL 2015. Their batsmen failed to provide good scores and the poor run of their middle-order batsmen also spoiled their chances. Apart from David Miller and George Bailey to an extent, there was no one really who proved their mettle. Murali Vijay, playing his first season for KXIP, got 251 runs in 11 matches but his contribution was not enough. READ: The end is nigh for Virender Sehwag

In the bowling department, KXIP did comparatively better but the poor run of their star bowler Mitchell Johnson hurt them the most. Johnson came to IPL with a duty chart well prepared — how many balls to bowl per day and he stuck to the directives. However, there was hardly any motivation for the left-arm tearaway to bend his back and try and give his best. Glenn Maxwell’s poor form has seriously hampered Kings XI Punjab in IPL 2015

Anureet Singh was impressive with 15 wickets from 14 matches and so was Sandeep Sharma with the new ball. However, T20 cricket is heavily dominated by the batsmen and the failure of KXIP’s batsmen was the root cause of the flop show.

Glenn Maxwell was magnificent for KXIP in IPL 2014 and he was in rich form till the ICC Cricket World Cup 2015. However, perhaps overkill of cricket got the better of Maxwell as he did not convert any of the starts he got into a big score. Like Johnson, Maxwell too was without any inspiration and that was a major factor in their poor showing. IPL 2015 Highest run-scorer: List of best batsmen in IPL 8

The form of Virender Sehwag would be a worry. In seven innings, he could manage only 99 runs. He started off with a duck against Rajasthan Royals, got his act together to score 36 and 47 in the next two matches. But the remaining four games were forgettable for the dasher, as he scored only five runs.

Things to look forward to: When you finish at the bottom of the table in an eight-team tournament, there are surely not many positives but KXIP were lucky to have a few players who did not disappoint. Sandeep with the new ball, the all-round show of Akshar Patel and Wriddhiman Saha’s skills behind the wicket and with the bat proved to be a good signs going ahead.

With 206 runs from 14 matches, Akshar stamped his authority with the bat and portrayed that he can be a responsible bloke for KXIP in the lower-order. Not only that, he bagged 13 wickets as well, which strengthened the fact that the youngster remains a key player for KXIP. Saha got 249 runs from 14 matches and at times he came up with good knocks which gave glimpses of hope to an otherwise dismal performance for KXIP. IPL 2015 Highest wicket-taker: List of best bowlers in IPL 8

Going ahead: KXIP does not necessarily need to make changes in their squad, as the mixture is perfect and they have the right blend of players. However, the management may feel the need to add one more bowler to their ranks but there is no desperate need. They certainly need to go back to the drawing board and see where things went wrong, and try and find methods of bringing out the best out of their players, who are generally overworked and burned out from the rigours of international cricket. IPL 2015 Leading fielders: List of Best fielders in IPL 8 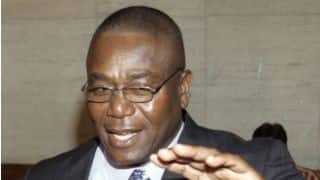