Kings XI Punjab are in dominant form at the moment and will look to carry it into the semifinals.

Kings XI Punjab (KXIP) encounter the Cape Cobras in the 17th match of the Champions League T20 (CLT20) 2014 at Mohali. KXIP are now one of the four semi-finalists, joined by Kolkata Knight Riders (KKR). KXIP can afford to test some of their bench players without upsetting the balance ahead of the business end of the tournament. Shiamak Unwalla looks at the possible team that KXIP could field against the Cobras.

Top order: With both Virender Sehwag and Manan Vohra hitting their groove at the right time, it is unlikely that KXIP will tinker too much with the opening slot. However, they could look to include the impressive Mandeep Singh in the line-up and slot him at No 3. Conversely, they could also look to give Akshar Patel a chance at the top order, especially after his blitz won them a game against Barbados Tridents.

Middle order: Glenn Maxwell, George Bailey, David Miller, Wriddhiman Saha, and Thisara Perera select themselves in the middle order. The KXIP think-tank wouldn’t want to experiment with something that is working quite well for the side at the moment. Both Saha and Perera were used at No 3, without a lot of success. Perera would perhaps prefer batting nearer to the death where his big-hitting skills are best utilised, while Saha’s success during IPL means that he will not be discounted by anyone.

Lower order: Akshar Patel, Anureet Singh, Parvinder Awana, and Karanveer Singh played the last game against the Northern Knights. The ever-consistent Akshar ought not to be rested, and with Karanveer grabbing a four-for, even his spot is likely sealed in the line-up. However, Awana has been in indifferent form while Anureet was taken apart in the last game. Lakshmipathy Balaji and Rishi Dhawan were both vital cogs of KXIP’s IPL finish, and one of them could be included for this game at the cost of the other two seamers.

(Shiamak Unwalla is a reporter with CricketCountry. He is a self-confessed Sci-Fi geek and Cricket fanatic who likes to pass his free time by reading books, watching TV shows, and eating food; sometimes all at the same time. You can follow him on Twitter at @ShiamakUnwalla) 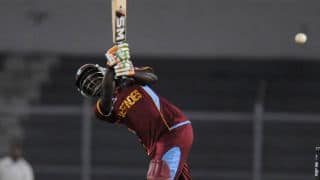 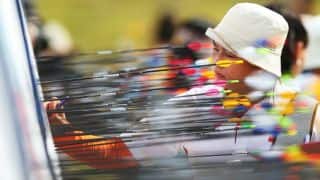