The last time the teams faced each other in the tournament, DD won the match over KXIP.

It is match 36 of the ninth season of Indian Premier League (IPL) as Kings XI Punjab (KXIP) take on Delhi Daredevils (DD) at the Punjab Cricket Association IS Bindra Stadium, Mohali, Chandigarh. While DD have been in a good form winning five of their eight matches and are sitting at the third position while KXIP are at the bottom of the table. The daredevils will look to continue their form against a weak KXIP side who would try to make a comeback. Here are the key battles of the match where DD are clearly the favorites. Live Cricket Scorecard: Kings XI Punjab vs Delhi Daredevils, IPL 2016 Match 36 at Nagpur

Murali Vijay vs Zaheer Khan: The battle starts with the captains fighting each other. Zaheer opens bowling for DD and so far has pulled off a brilliant job. The experienced pacer, even after quitting international cricket, has proved to be an essential bowler for the side with his form and class intact. On the other hand is Murali Vijay, who took over captaincy from David Miller and broke KXIP’s long strand of losing consecutive matches. But what brings him in this key battle is his good form as his team’s opener. A battle between both captains who open for their respective sides will surely be interesting to watch.

Glenn Maxwell vs Amit Mishra: After a long period of struggling in this edition of IPL, Glenn Maxwell has finally found his form back. With a couple of half-centuries already by his name, Maxwell will be looking forward to score more and win it for KXIP. Amit Mishra for DD has proved to be one key player throughout the season and will look to maintain his run. If Mishra gets some turns when Maxwell comes in to bat in the middle-order, it will definitely be a face off to watch out for.

David Miller vs Imran Tahir: Two South Africa teammates lock horns as David Miller comes out with the bat to face Imran Tahir. Miller is striving hard to get his hard-hitting, match-winner self back on track while Tahir has done what was expected of him. What makes it more interesting to watch is the fact that both the players have seen each other’s game closely and know their strong and weak zones.

Akshar Patel vs JP Duminy: Twenty20 (T20) cricket is a game where all-rounders are the most highly evaluated and this is what makes these two one of the most crucial players for their respective teams. Akshar was the first player to take a hat-trick in this season of IPL and came in handy with the bat lower down the order as well. Duminy will be looking forward to give his hundred per cent in this game to help his team.

Manan Vohra vs Sanju Samson: For a team to score good runs, it is crucial for them to get a good start that fetches good runs and provides stability to the innings. Both Vohra and Samson are capable to do that job for their respective sides. Though Vohra was sent at No. 3 in the last match, the player has been immensely successful opening for the side. Who will be more successful for this match? 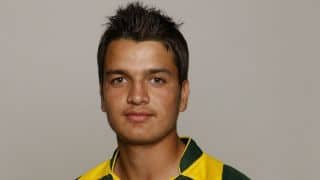