KXIP should not have a real problem in selecting their playing XI against the Hobart Hurricanes.

Kings XI Punjab (KXIP) will take on the Hobart Hurricanes from Australia in the second match of the Champions League Twenty20 (CLT20) 2014. Rajarshi Majumdar pens down KXIP’S likely XI for this clash.

Kings XI Punjab fell short of their dream in the Indian Premier League (IPL) 2014 final against the Kolkata Knight Riders (KKR). In this edition of the IPL they looked invincible and kept on trampling over the other teams and to everyone’s surprise reached the finals. It all happened because of their attacking lot of players in their squad. Apart from the doubt over Mitchell Johnson’s availability, they should not have a real problem in selecting their playing XI against the Hurricanes on Thursday. Here’s the likely XI for KXIP:

Wriddhiman Saha (wk): He is one of the natural stroke maker in this side and can hurt with his quick fire 30 and 40’s at the top of the order. He will also be the man with the gloves behind the stumps.

Virender Sehwag: He needs no introduction as such. Sehwag can single-handedly demolish any bowling attack in this world if he is allowed to get away at the start of the innings.

Manan Vohra: He is one of the young guns in this team who can play shots all around the wicket. In IPL 2014, he played few games towards the end but he did not fail to impress.

Glenn Maxwell: Maxwell is arguably one of the most devastating batsmen in this form of the game. He showed what he can do in this year’s edition of the IPL and if he is on song then the bowling attack can be taken apart. He will be useful with few overs of spin bowling as well.

David Miller: Miller is one of those attacking cricketers who come to the crease with a sense of calmness but once he gets going then he can hit the ball a long way out of the park.

George Bailey: The skipper of the side and he lead this team from the front to the IPL 2014 final but still did not lose his smile after their loss. He can score some quick runs if needed in the middle order.

Thisara Perera: Perera recently had a fantastic tournament against Pakistan in Sri Lanka, where he roped in two Man of the Match awards for his all-round abilities.

Rishi Dhawan: This all-rounder had a fabulous domestic season ahead of the IPL 2014 and thus he was picked for this squad. He impressed everyone both with his bat and his bowl during the IPL.

Akshar Patel: Akshar was one of the emerging players of the IPL 2014. His left-arm orthodox spin troubled many batsmen throughout the tournament. He will be one of the players to watch out for.

Lakshmipathy Balaji: He is one of the experienced campaigners in this format of the game. He can swing the ball both ways and can be very deceptive with his slower ones.

Parvinder Awana: Awana can generate lateral movements off the deck. Although, his economy is not that commendable but he has this knack of picking up wickets. 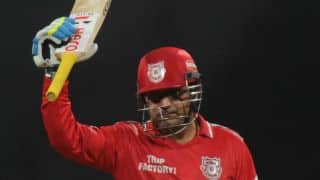 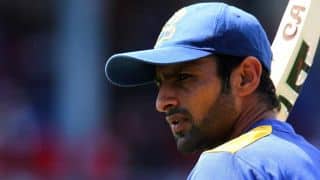