Lasith Malinga got a wicket off his very first delivery.

Mumbai Indians (MI) prevailed over Kings XI Punjab (KXIP) by 23 runs in Match 35 of Indian Premier League (IPL) 2015 at Mohali. Parthiv Patel and Lendl Simmons set the stage afire at the start, and MI continued their domination with the ball as well. Shiamak Unwalla lists out the highlights.

1. Parthiv Patel carves up Mitchell Johnson and co: Parthiv Patel had been in indifferent form in IPL 2015 till this game. That changed the moment Mitchell Johnson came on, though. After driving Sandeep Sharma for a boundary earlier, Parthiv opened up against Johnson. The first ball Johnson sent down was ramped over third man by Parthiv. The wicketkeeper-batsman then flicked the next ball away for a boundary before cover-driving another boundary later in the over. Parthiv pulled Johnson for six in his second over as well. Parthiv’s 59 came off 36 deliveries with five fours and three sixes. IPL 2015 Highest run-scorer: List of best batsmen in IPL 8

2. Lendl Simmons drops anchor: Lendl Simmons was up and running right away for MI. He started the first over with a couple of boundaries off Sandeep, and continued his momentum till Parthiv was dismissed. At that point, Simmons was on 50 off 38 balls. He ensured that KXIP did not take wickets in a heap by playing the anchor’s role after that. He ended up on 71 off 56 balls to end with. IPL 2015 Highest wicket-taker: List of best bowlers in IPL 8

3. KXIP come back at the death: The last four overs from KXIP, bowled by Anureet Singh, Johnson, Sandeep, and Anureet in that order, cost them 10, eight, nine, and nine runs. They bowled yorkers consistently and ensured that MI did not build momentum going into the innings break. IPL 2015 Points Table & Team Standings

4. Lasith Malinga returns to form: Lasith Malinga was not in prime form coming in to IPL 2015, but has looked good in the last couple of games. He struck with his very first delivery, getting the big wicket of Virender Sehwag. He returned in the 17th over of the innings with KXIP needing an imaginable 55 off 24 balls with David Miller and George Bailey at the crease. He removed Miller with his second ball, and with it ended any hopes KXIP had of pulling off the win. IPL 2015 Most 6s and 4s: List of most dangerous batsmen in IPL 8

5. Regular wickets stifle KXIP: MI never allowed KXIP to get going. Mitchell McClenaghan, Vinay Kumar, and Harbhajan Singh gave nothing away, with all three men going at under seven runs per over. In addition, KXIP kept losing wickets at regular intervals. The highest partnership of the innings was worth only 48 — between Murali Vijay and David Miller. Losing Sehwag for one and Glenn Maxwell for 12 ensured that the going was never going to be easy for KXIP. Indian Premier League (IPL) 2015: Complete coverage 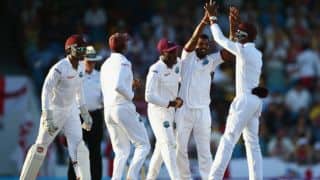