Kings XI Punjab will face the league leaders Sunrisers Hyderabad at Mohali in the 46th match of IPL 2016.

Kings XI Punjab (KXIP) will be up against Sunrisers Hyderabad (SRH) in the 46th match of the Indian Premier League (IPL) edition 9. They will be playing the hosts as the match will be held at the Punjab Cricket Association Stadium, Mohali. Kings XI Punjab (KXIP) beat Mumbai Indians (MI) quite convincingly in the their last outing by 7 wickets and 3 overs to spare. That win has helped them to go one step head in IPL Points Table. This have given themselves a glimmer of hope after their last win. But unfortunately KXIP’s survival in the tournament will depend on how other teams perform. Their clash against SRH still promises excitement and thrill. Here is a look at their probable squad for the game: LIVE CRICKET SCORECARD: Kings XI Punjab  vs  Sunrisers Hyderabad , Live Score, 46th T20 Match, IPL 2016

Top Order: Captain Murali Vijay has been in excellent touch with the bat. He has been maintaining the consistency against RCB and GL as he notched up half-centuries. Vijay was also instrumental in his side’s win against MI in the previous tie. On the hindsight, Hashim Amla has not been at par with his performance being picked for single digits twice. Although, he might receive another nod for another match against SRH. Wicket-keeper batsman Wriddhiman Saha got a well-made 56 off 40 against MI that has boosted his confidence. KXIP is likely to go with the same top three batsmen.

Middle Order: The middle-order has been slightly struggling to get right track and hasn’t stepped-up in times of need either. Glenn Maxwell was out for a first ball duck in the last match and has been out of form in this edition. Gurkeerat Singh Mann’s ability with the bat is still questionable and David Miller hasn’t had a good IPL season either. Not only his captaincy role was transferred to another player, his bat hasn’t done the talking too. KXIP will be hoping the same middle-order shows some sign of aggression and answer their critics with the bat as they get set to face the table toppers.

Lower Order and Bowling: Marcus Stoinis was the star performer for KXIP against MI and he has outgrown himself as an all-rounder with his bat doing the talking as well. As for bowling, he changed his pace brilliantly and ended up with figures of 4-15 in 4 overs. He got rid of the MI middle-order who can, on their day ruin any bowling attack. Akshar Patel took a wicket too and his spin attack has broken down the battingf order of the opponent most of the time. Mohit Sharma and Sandeep Sharma were up to the mark as well. Both of them took 2 wickets each. KC Cariappa was expensive but still might get a place in the squad as a spinner alongside Akshar Patel.

KXIP are likely to go with the same squad as they play against the league leaders at their home venue, with a ray of hope to make it to the playoffs. 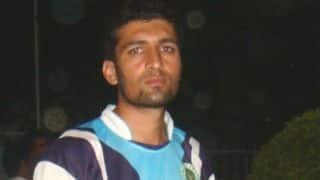