Kirti Azad, born on January 2, 1959, was an all-rounder who played seven Tests and 25 One-Day Internationals (ODIs) for India in the 1980s. Azad is best remembered for being a part of India’s World Cup winning side in 1983. Post retirement, he has followed his father’s footsteps and gone on to become a politician; he is currently a Member of Parliament. Nishad Pai Vaidya picks 10 facts to know about Azad.

Azad’s full name is Kirtivardhan Bhagwat Jha Azad. However, he is only known as Kirti Azad.

Azad’s father Bhagwat Jha Azad was a well-known politician. He had been in the central government from the late 1960s to the early 1980s. In the late 1980s, he had also been the Chief Minister of Bihar.

3. Playing for Indian universities and under-22s against Marylebone Cricket Club

In 1977, Azad represented the Indian universities and under-22 in a game against the Mike Brearley led Marylebone Cricket Club. He only scored four and three in the game.

Azad was chosen for India’s tours to Australia and New Zealand in 1980-81. He made his Test debut in Wellington against New Zealand. He made his ODI debut against Australia in Melbourne. He held on to his spot for the home series against England in 1981, but could not keep it after that.

After spending nearly two years out of the side, Azad was selected for the 1983 World Cup. In that tournament, he proved to be a crucial member of the side as he bowled crucial overs in the semi-final against England in Manchester. His analysis of 12-1-28-1 (the wicket of the dangerous Ian Botham) chocked the home team and gave India a passage into the final.

Azad played in the Lancashire League for Lowerhouse. Also in 1983, he played for the Brian Close XI against New Zealand. In that game, he opened the batting alongside Sadiq Mohammad. The team featured the likes of Close, Franklyn Stephenson, Mike Whitney, Roger Harper, Mushtaw Mohammad and John Hampshire among others.

7. Smashing Pakistan in an exhibition game

In 1983, Azad played for India in an exhibition one-day match in Delhi. The match was played at the Jawaharlal Nehru Stadium. It was a Prime Minister’s Relief Fund match. Azad smashed 71 not out while batting at No. 7. His innings featured six fours and four sixes and helped India chase down 198 after being 80 for six at one stage.

Post retirement, Azad walked in his father’s footsteps to become a politician. He was a part of the Delhi Assembly from 1993 to 1998. In 1999, he won a seat in the Lok Sabha for the first time. Since then he has been re-elected twice and is currently a Member of Parliament Darbhanga, Bihar. He is a part of the ruling Bharatiya Janata Party (BJP).

Azad’s two sons, Suryavardhan and Somyavardhan have both played cricket at the age-group levels. They represented Delhi at various junior levels but did not play First-Class cricket.

In December 2015, Azad kicked up a storm by accusing the Delhi & District Cricket Association (DDCA) of being indulged into corruption. He organised sting operations and an explosive press conference to reveal the corruption prevailing in Delhi’s cricket body and also made allegations against senior party colleague and Finance Minister Arun Jaitley, who is also a former DDCA chief. This resulted in widespread criticism of Azad and also his suspension from the party. 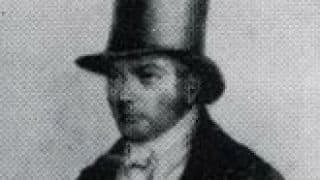