Kolkata Knight Riders in IPL 2015: Why the defending champions failed

Kolkata Knight Riders in IPL 2015: Why the defending champions failed

Kolkata Knight Riders failed to recreate the magic of IPL 2014 in the eight edition of the Indian Premier League (IPL) 2015.

Kolkata Knight Riders (KKR) had won Indian Premier League (IPL) 2014, thereby becoming the only team after Chennai Super Kings (CSK) to win the trophy twice. Much was expected of them this year, but they failed to recreate the magic. Shiamak Unwalla analyses what went wrong for Shahrukh Khan’s men.

Kings XI Punjab (KXIP) were the undisputed nightmare team of IPL 2015. Their batting was in shambles, and even though their bowling often did well, their overall performance was terrible. Delhi Daredevils (DD) were a side no one expected to do particularly well. They had hardly any game changers, and had a fairly inexperienced set-up. IPL 2015 Highest run-scorer: List of best batsmen in IPL 8

KKR, however, had a lot going for them. Gautam Gambhir and Robin Uthappa were not as good as they were last year, but the starts were coming fairly regularly. Yusuf Pathan was a stable presence in the middle order, and Andre Russell was outstanding lower down. IPL 2015 Highest wicket-taker: List of best bowlers in IPL 8

In the bowling department, the Sunil Narine bowling action controversy might have distracted them, but the emergence of Brad Hogg proved to be a blessing in disguise. Piyush Chawla was consistent, and Umesh Yadav was quick as ever. IPL 2015 Most 6s and 4s: List of most dangerous batsmen in IPL 8

With all that going in their favour, it proved to be quite surprising that KKR did not make the cut. KKR lacked the obvious tenacity that was present in copious amounts last year. The biggest problem was that there was no obvious noticeable problem for them, but no strength either. In other words, KKR were average. IPL 2015 Leading fielders: List of Best fielders in IPL 8

The bowlers were all more or less consistent, but did not have the usual four overs of misery provided by Narine. Russell was KKR’s leading wicket-taker with 14 wickets at 23.14 and an economy rate of 7.96. Chawla took 11 wickets, Morkel and Umesh 10 apiece, and Hogg 9. Narine managed only seven wickets from eight games, and went at 7.31 an over. Hogg was by far KKR’s trump card, but was later dropped in favour of a misfiring Narine. IPL 2015 most dismissals by wicketkeeper: List of best wicketkeeper in IPL 8

KKR failed because they neither had the flair of RCB, the consistency of CSK, the momentum of MI, or the raw talent of RR. There is not much to point out in terms of either strengths or a weakness; perhaps that was their biggest failing. Indian Premier League (IPL) 2015: Complete coverage 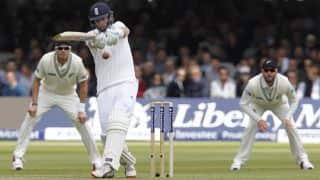