Hobart Hurricanes face uphill task against a KKR side, unbeaten in their last 13 matches.

Kolkata Knight Riders (KKR) and Hobart Hurricanes face off in the first semi-final of the Champions League Twenty20 2014 (CLT20). Amit Banerjee takes a look at the XI that the Hobart side might possibly field against favourites KKR in the first knockout match of the tournament.

While KKR are on an all-time high, their 36-run win against the Dolphins being their 13th consecutive T20 win. The Hobart Hurricanes are not very far behind in terms of performance, having made a tremendous comeback after a loss to Kings XI Punjab (KXIP) in the opening match of Group B. Their wins against the Cape Cobras, Northern Knights and Barbados Tridents were dominant and showed the immense potential that the side has to win the tournament. The Hurricanes will however, not rest for a moment as they are up against a formidable side which boasts of the likes of Gautam Gambhir, Jacques Kallis, Sunil Narine and others.

Following are the eleven players that Hobart are likely to send in Thursday’s battle:

Top-Order: Hobart will most likely opt for the usual combination of Ben Dunk, Tim Paine, Aiden Blizzard and Shoaib Malik. Though they haven’t exactly got the best of starts in the tournament lately, with the 51-run opening stand against the Cape Cobras being their highest of the tournament so far, openers Dunk and Paine have had a lot of successful partnerships behind them and will be looking to geti into the old form at the right stage. Blizzard and Malik have been phenomenal in the series so far. Blizzard single-handedly destroyed the Cobras and it was him and Malik that guided the Hurricanes to an imposing total against the Northern Knights.

Middle-Order: Travis Birt, Jonathan Wells and Joe Mennie will be expected to occupy the number five, six and seven slots of the team. Wells assumed the role of a ‘finisher’ against the Barbados Tridents, his 23 from 17 balls guiding the Hurricanes to a six-wicket victory after recieveing some early jolts. Joe Mennie did not play in the last encounter against the Tridents, but produced a tight spell against the Knights with two scalps for a cost of a mere ten runs from the three overs that he bowled, one of which went for a maiden. Though Birt hasn’t enjoyed with bat in the series so far, the think-tank are not likely to drop him as yet, given his performances at the position.

Lower-Order: The Hobart bowlers have been in a terrific form so far, with the likes of Ben Hilfenhaus, Xavier Doherty, Doug Bollinger and Ben Laughlin producing fantastic spells to make the opposition batsmen bite the dust. They were especially clinical in the games against the Knights and the Tridents, and as such will be an obvious choice of attack for the crunch match coming up ahead of them. Hilfenhaus and Bollinger are currently perched on the fourth and fifth positions respectively on the list of leading wicket-takers of the tournament. 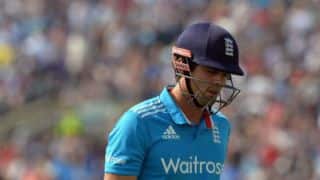 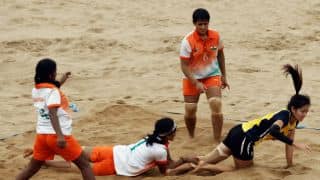