After a convincing win at home against Gujarat, Kohli might not disturb the playing XI and might stick to an unchanged side.

Royal Challengers Bangalore (RCB) are coming off from an incredible 144-run win in their previous tie of the Indian Premier League (IPL) 2016 against Gujarat Lions, courtesy a mammoth  229-run stand between Virat Kohli and AB de Villiers for the second-wicket. With three matches left in hand for the RCB in the group stage, Kohli and Co. must win all of those in order to stay in the contention for the playoffs. RCB take on Kolkata Knight Riders (KKR) on Monday before locking horns with Kings XI Punjab (KXIP) and Delhi Daredevils (DD) later in the week. RCB who have been struggling miserably in the bowling department must have had a sigh of relief with the likes of Chris Jordan, Yuzvendra Chahal and Sachin Baby sharing wickets between them, as a collective effort by the bowlers ensured that RCB won the game by a huge margin and bettered their net run-rate. FULL CRICKET SCORECARD: Kolkata Knight Riders vs Royal Challengers Bangalore, IPL 2016 Match 48 at Kolkata

If RCB find them in a situation where the net run-rate would decide their fate for the final-four, their current rate will surely give them an upper hand over the likes of Mumbai Indians and Gujarat Lions. After a convincing win at home against Gujarat, Kohli might not disturb the playing XI and might stick to an unchanged side. Here is the likely XI for RCB against Gautam Gambhir and Co.

Top-order: If RCB’s bowling ensures 100 per cent results from their side, there is no other side in this edition of the IPL that can match the standards of RCB’s top-order. However, five consecutive single digit scores by Chris Gayle is the only concern in their top-order, and the solution is one typical Gayle knock away. He has done in the past and he can do it now, Gayle has been going through a bad patch but to RCB’s fortuity, the duo of Kohli and de Villiers have taken the entire responsibility of RCB’s runs on their shoulders.

Kohli and de Villiers brought up their fourth 100-run stand for RCB in this ninth edition of IPL. Their skipper went on to become the first player to smash a third century in a single IPL season. These two have the capability to tear apart any bowling attack, which is why Gambhir will have to have a special plan to keep the pair in control, in order to not let them spoil their chances of making it to the playoffs of IPL 2016. READ: KKR vs RCB, IPL 2016, Match 48 at Kolkata, Preview: High flying RCB look to stay alive in IPL 9

Middle-order: Shane Watson comes in next at No. 4. Although he has been more than good with the ball, is yet to showcase his potential with the bat. Watson ended his international career as ICC No. 1 all-rounder and that shows his importance in the side. After Kohli and de Villiers, it has been KL Rahul who has not disappointed RCB, especially when one of Kohli or de Villiers failed to deliver with the bat on that day. With scores of 51*, 51, 38, 42 and 68* it speaks volumes about his consistency and also indicates that RCB have surely found a reliable middle-order batsman in the wikctekeeper-batsman.

Bowlers: The last time KKR and RCB locked horns in IPL 2016, RCB ended on the losing side despite posting a huge total of 185 on board. It was just another poor show from their bowling department and if RCB want to turn tables around on Monday, the likes of  Jordan, Sreenath Aravind, Varun Aaron and  Chahal must step up. KKR have a number of game-changers in Andre Russell, Yusuf Pathan, Robin Uthappa and skipper himself. Even Watson their best bowler had proved to be expensive when KKR and RCB played at Bengaluru which happened to be one of the major reasons behind RCB’s loss. He will need the others to support him, at least by being economical if not by making breakthroughs. 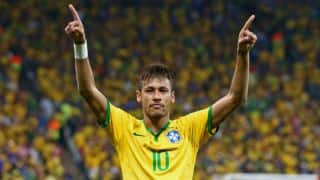