Ravichandran Ashwin has been rested for the first three ODIs against West Indies.

India’s squad for the first three games of the five-match One-Day International (ODI) series against West Indies was announced on Saturday. The team is expectedly strong, and Shiamak Unwalla feels Kuldeep Yadav’s selection is the only surprise.

Batting: No real surprises here. Shikhar Dhawan, Ajinkya Rahane, Virat Kohli, MS Dhoni, and Suresh Raina pick themselves. Rahane and Raina were in superb form in England, and while Dhawan and Kohli struggled initially, both men left England with runs under their belts. Ambati Rayudu holds on to his spot after a few decent hits in England.

All-rounders: Ravindra Jadeja is perhaps the only international-level all-rounder in India at the moment. Jadeja showed that he is in prime with both bat and ball of late, and continues to be one of India’s leading limited-overs players.

Bowling: With the exception of Dhawal Kulkarni, the pace bowling attack of Bhuvneshwar Kumar, Mohammed Shami, Umesh Yadav, and Mohit Sharma remains the same as what was seen in England. The inclusion of Kuldeep Yadav and Amit Mishra, both wrist spinners, lends a lot of variety to an attack that could prove to be enough to restrict the West Indian batting.

Surprise pick: Kuldeep. The left-arm Chinaman was a huge success in the ICC under-19 World Cup, and has become a household name of late thanks to his exploits for Kolkata Knight Riders (KKR) in the ongoing Champions League T20 (CLT20) 2014. Kuldeep has the ability to deceive batsmen with his variations, and has shown impressive control for such a young spinner. Mishra could get a chance ahead of him in the ODIs, but Kuldeep’s mere presence is encouraging.

Exclusions: Karn Sharma and Sanju Samson were in the side in England, but did not make the cut. Kulkarni also misses out as Umesh has been picked. Robin Uthappa loses out to Vijay. And, Stuart Binny has also been left out though he hasn’t played since the Bangladesh tour. Yuvraj Singh, Harbhajan Singh and Virender Sehwag were always going to find it tough to make a comeback. One feels that if the seasoned pros had any chance of making it to the ICC World Cup 2015, this would be the series in which they would make an appearance. Their chances of returning before the World Cup are minute. 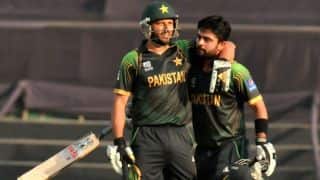 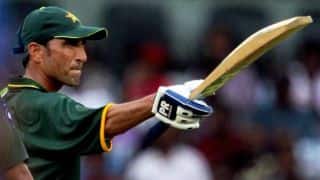