There is no looking back for Kuldeep Yadav after his selection to the Indian team.

Once tagged as a potential India player, Kuldeep Yadav’s case has been fast-tracked by the selectors. There is no looking back for the left-arm chinaman bowler. Abhijit Banare looks at what this selection means to the spinner and his near future.

Predicting an India squad for a home series has been much easier compared to an overseas one. The template of the squad has remained the same since the last few years. Only the promising young players make up the finishing touches of the squad. Very few would have predicted the inclusion of Kuldeep Yadav. With just nine T20 matches under his belt, and an impressive second stint in the ICC U-19 World Cup 2014, he is a rare talent to have been exposed so early by the selectors.

What makes him different? One of the aspects of his bowling noticed by commentators time and again is his accuracy. Wrist spinners are fairly expensive and aren’t usually as accurate as the finger-spinners. However, there is another area which is a rare quality in Kuldeep. Legendary spinner Bishan Singh Bedi always emphasised that a spinner needs to have a big heart, and shouldn’t be afraid of going for runs. In the T20 era, where darting the ball and restricting the batsmen is favoured more than experimentation, Kuldeep has stood apart from the rest.

He turns the ball very well, and has bowled a the big heart. Some of his variations that defeated the likes of Ahmed Shehzad, Nasir Jamshed, and the Perth Scorchers batsmen were a delight to watch. For a spinner, there’s a different level of satisfaction of fooling the batsman in flight and teasing him to come down the pitch and catch him off-guard. These are the things that Yadav displayed which could have made the case for his selection.

If you look at the top spinners in India today, Kuldeep could easily beat many including Ravindra Jadeja when it comes to turning the ball. The slam-bang format of the game has stolen the basics of slow bowling which Kuldeep can restore.

Right in picking early? The intent from the selectors is evident. Before Kuldeep, there was one more selection in Sanju Samson. They could have easily gone ahead with the usual option of Wriddhiman Saha or Dinesh Karthik. But the intent was clear that they were looking well beyond the ICC World Cup 2015 as well by getting Samson in. Kuldeep’s selection too is along the same lines. It is yet to be seen whether skipper Dhoni gets the young spinner in the XI but the exposure early on goes a long way in instilling the belief in the player which could fetch rewards in the years to come.

Challenge ahead: With impression he has created, Kuldeep may very well be successful if given a chance in the West Indies series. The pitches aren’t going to be unresponsive to his efforts. As his career progresses, once batsmen start reading him, a new set of challenges emerge. He already got a dose of it in the Champions League T20 (CLT20) final. When Brendon McCullum kept sweeping against him, Kuldeep looked a touch clueless.

He should be allowed to unfold at his own pace in the domestic level where you bowl relentlessly at a defensive batsman. Teasing and picking wickets of a batsman on defence and delivering long spells to earn a wicket will prepare him mentally going forward. In other words, the hunger for wickets on tough pitches will force him to keep reinventing himself and learn new lessons.

As this article states, Yadav will be the first Chinaman bowler in Asia to represent his country and is indeed a rare breed of bowler. Kuldeep’s ideal plan included playing at the First-Class level and bamboozling batsmen there, and complimented by T20 exploits, force his way in to the Indian team. But he has already witnessed a twist in the plan. There’s no looking back from here. One can just hope that the selectors to shield him when needed as he will be the one to watch out for in the years to come. 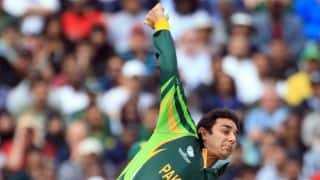 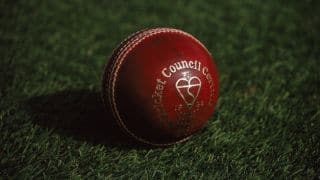