There is, however, one glorious exception when it comes to lasting friendship: the Mahela Jayawardene- Kumar Sangakkara bonding. It’s friendship which has stood the vicissitudes of time.

H Natarajan and Nishad Pai Vaidya salute the friendship of Mahela Jayawardene — a cricketing JV which came to an end with Sri Lanka’s exit from the 2015 World Cup on Tuesday.

Four decades ago, Sholay, the Ramesh Sippy blockbuster, stole the hearts of the masses like no other Hindi film. Salim-Javed wrote one of the most powerful scripts in Indian cinema of two friends, Veeru [Dharmendra] and Jai [Amitabh Bachchan] whose friendship went beyond the realms of ordinary. The song, “Yeh dosti hum nahin todenge” [Translated into English: This friendship, we will not break] from the iconic film symbolised the friendship of the two.

Sustaining such friendship in real life, especially in today’s world, is not easy. The Sachin Tendulkar-Vinod Kambli friendship is well-documented.  But with passage of time, the friendship soured.  Kambli was not even mentioned in Tendulkar’s epic speech after his farewell Test and neither was he part of the cricketing glitterati that the maestro invited post his retirement. The Wasim Akram-Waqar Younis friendship was another talked-about bonding in cricket. But that too came apart at the seams. They were not even on talking terms. Today they are civil with each others, but the close friendship is a thing of the past.

There is, however, one glorious exception when it comes to lasting friendship: the Mahela Jayawardene- Kumar Sangakkara bonding. It’s friendship which has stood the vicissitudes of time. From the time they were teenagers, to graduating into the highest class of cricket to become married men and going through a long international career. As a commentator once said, “They have literally lived in each other’s pockets.”

Often times, equations in friendship change with marriage. The problem lies in the chemistry – or the lack of it. But then the Jayawardene-Sangakkara friendship was forged was forged by the Gods themselves. So it was no surprise that the women the two friends married also played their unquestioned roles in helping them stay together as solid as ever.

Mahela’s wife, Christina, was maid of honour at Sangakkara’s wedding. And Mahela wanted Sangakkara as the best man at his wedding, but the plans went awry as a tour got rescheduled and as a result none of the Sri Lankan cricketers on the tour to India could be present on Jayawardene’s big day. The classy batsman missed one game to return back to Sri Lanka to get married!

The two men have also forged together in the field of business. They have started a restaurant in Colombo called the Ministry of Crab.

It’s in the fitness of things that the most celebrated partnership in Tests – the highest for any wicket – stands to the credit of Sangakkara and Jayawardene, a 624-run association at the SSC, Colombo, in 2006. And it came against a strong South African side powered by Dale Steyn.

Their commitment to Sri Lanka cricket was flawless. There was never even a trace of envy in them as the derived undiluted happiness in each other’s success and played with just one motive in mind: the larger interests of their nation. And it remained that way, even when they led their nation, each being a strong pillar of support for the other.

Leaving the international stage with their grasp on the World Cup would have been a perfect farewell to their togetherness on the cricket field. But not all fairytales have the happiest of endings. It was curtains for the jugalbandi as Sri Lanka got knocked out by South Africa. It’s all over for Jayawardene. As for Sangakkara, he will continue to plays in Tests — albeit without the reassuring presence of his soul mate next to him.

Cricket’s finest duet is gone; their memories will continue to linger as long as cricket is played. 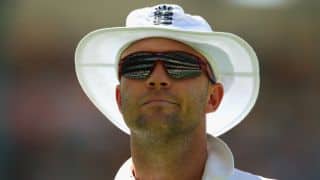 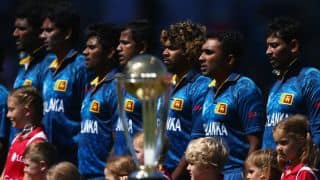