Some players like Brendon McCullum have slightly tilted in picking their own countrymen like Tim Southee and Trent Boult over other legends.

We have seen cricketers pick their all time XI in the last week or so. There has always been a debate or discussion when some of the heavyweights like Sachin Tendulkar, or MS Dhoni get left out of the cricketer’s all time XI. While it is alright to assess their choice, one cannot be too critical off it as it is their personal choice. For example England captain Eoin Morgan and Sri Lankan legend Kumar Sangakkara have not picked Tendulkar in his, while others like Ian Bell, Angelo Mathews, Jason Gillespie and Brendon McCullum have picked the little master in theirs. Some of them have also slightly tilted in picking their own countrymen as well. READ: Kohli, Gayle among others in Warne’s best T20 team

For instance McCullum has picked Trent Boult and Tim Southee in his team as his fast bowlers ahead of greats like Glenn Mcgrath, Wasim Akram and others. While the two are extremely talented bowlers, New Zealand have had other greats on the department. McCullum admits that he picked the duo as he has seen them transforming New Zealand from an ordinary team to a “tough to beat” team under his captaincy. READ: Sachin Tendulkar only Indian in Brendon McCullum’s all-time XI

Another important thing to be noted in everyone’s selection is that they have picked most players with or against whom they have played against. If that was not the case, how on earth does the great Don Bradman not make it to anyone’s list?

It gives the fans an idea of who some of the current players considered the best in their time. Morgan reveals that he put Brian Lara in his list as he watched and emulated the West Indies legend while growing up.

Let’s look at everyone’s team from a neutral’s point of view and try to understand their reasons, without judging them. 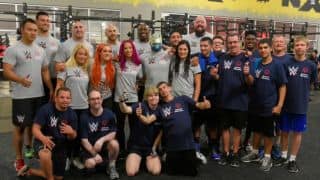