In Kumar Sangakkara, Deccan Chargers have an able leader who has enormous experience in captaining a side. Although international commitments will make him unavailable for the opening match, Sangakkara will play a crucial role in the progress of the side from thereafter to the end.  A lot depends on him to inspire a bunch of inexperienced local players and get the best out of them. 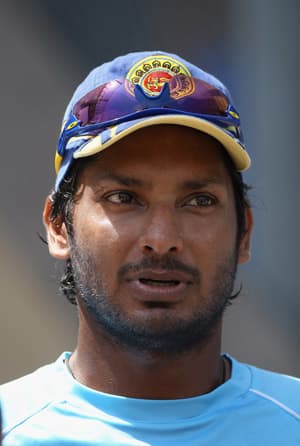 They hit rock bottom in the inaugural edition of the Indian Premier League (IPL) but, against all odds, scripted a fairytale turnaround the following season to be crowned champions. Thereafter, they bowed out in the semi-final stage in the third edition and uncharacteristically finished seventh last year. Having experienced a roller-coaster ride thus far, the Deccan Chargers (DC) will be hoping to shed the tag of being an unpredictable side and will look to find consistency this time around. With quite a few Twenty20 specialists at their disposal, DC can be a force to reckon with in this year’s IPL if the resources are marshalled in an appropriate manner.

In Kumar Sangakkara, they have an able leader who has enormous experience in captaining a side. Although international commitments will make him unavailable for the opening match, Sangakkara will play a crucial role in the progress of the side from thereafter to the end.  A lot depends on him to inspire a bunch of inexperienced local players and get the best out of them. Tournaments cannot be won on the heroics of international stars alone, and hence it is important that the local talent keeps chipping in with some useful contributions. Moreover, there is no dearth of real talent in Hyderabad, and this was evident during Hyderabad’s fairly successful run in the recently concluded Ranji Trophy.

Vice-captain Cameron White, too, is one of the key players for DC. White, dropped as Australia’s T20 captain in favour of George Bailey a few months before the T20 World Cup, has a perfect platform to showcase his ability and prove that he can still be a handful in the abridged version of the game. Now that Pragyan Ojha – DC’s frontline spinner for four consecutive years – will be rendering his services to the Mumbai Indians, White’s leg-spin might come in a little handy. White can be at his destructive best with the bat and that is the area he will predominantly look to contribute in.

Nonetheless, Ojha’s exit does not augur well for the DC. He won the Purple Cap for being the highest wicket-taker in the 2010 edition of the tournament. Although he wasn’t one of the top wicket-takers overall during the remaining seasons, his economical spells and ability to often restrict the scoring became a headache for the opposition. In Ojha’s absence, the onus now lies on Amit Mishra to strike with spin. Mishra was the leading wicket-taker for DC during last year’s IPL, and if he can repeat that performance yet again in this season, Ojha’s absence will be neutralised to an extent.

Ishant Sharma is another player whose nonappearance will weaken DC’s bowling line-up. As Cameron White mentioned, the rest of the players will have to step ahead and fill the void by playing well. Ishant recorded his best bowling figures in the fourth edition of the IPL when he took 5 for 12 against Kochi. The fact that he remains unavailable for the entire duration of the tournament is a big blow to the Chargers. However, one man’s loss is another man’s gain, and Ishant’s absence provides a great opportunity for Manpreet Gony to stand up and be counted. Gony’s recent form with the ball has been good and his brilliant figures of 4-3-5-3 against Madhya Pradesh in the Syed Mushtaq Ali Trophy are a testimony to that.

DC have managed to avoid the spotlight thus far and have the least media attention compared to their counterparts. This is good in a way that they faced no distractions whatsoever and the time required to bond was well spent. Victorious teams don’t often have explosive hitters or tearaway fast bowlers in the side. A well-balanced side will do the job far more effectively than a star-studded line-up. This was demonstrated by Rajasthan Royals in the inaugural edition of the IPL and then by the Deccan Chargers themselves in the next. DC featured big names like Shahid Afridi, Herschelle Gibbs, Andrew Symonds, Adam Gilchrist and Rohit Sharma in the batting department during the first edition too but the bowling was completely fragile. The lack of balance cost them dearly and DC finished last in that tournament.

However, their bowling cannot be labelled weak this time around. Dale Steyn will spearhead the bowling department and Amit Mishra, Manpreet Gony, Daniel Christian etc… have the ability to provide the right kind of support from the other end. The batting too looks formidable as Sangakkara, JP Duminy, Shikhar Dhawan, Tanmay Mishra and Ravi Teja can all pack a punch. The inclusion of Parthiv Patel can turn out to be a shot in the arm for DC as his batting and keeping credentials are well known.

The side looks balanced, but a lot will certainly depend on how Sangakkara utilises his resources. Can he repeat Adam Gilchrist’s feat and lead the Deccan Chargers to yet another title victory?