Kumar Sangakkara’s year continues to go from strength-to-strength and brought up his 10th double –century, which puts him only second behind Sir Don Bradman. Pakistan continued to bear the brunt of Sangakkara’s elegant blade as he blunt the bowling attack and breezed to the landmark. Earlier in the year, Sangakkara scored his maiden triple hundred against Bangladesh in Chittagong. Let have a look back at each of his double tons so far:

1.     230 vs Pakistan at Lahore in 2002: This was Sangakkara’s maiden double hundred and inevitably it was against Pakistan.  Just two years old in Test Cricket, the lawyer from Kandy was still finding his feet in international cricket. This scintillating double hundred came during Asian Test Championship final at the Gaddafi Stadium. After Muttiah Muralitharan ran through the hosts on a rather flat batting wicket, Sangakkara made full use of the conditions. Aided by ample support from the Sri Lankan top order, a jaded Waqar Younis and Shoaib Akhtar were handled with aplomb to set Sri Lanka up for a comfortable win.

2.    270 vs Zimbabwe at Bulawayo in 2004: After the mass exodus of a competitive group of Zimbabwean players, Sri Lanka faced a depleted side full of faces with little or no experience in Test Cricket. As things stand this happens to be the only Sangakkara double hundred that came outside Asia. Marvan Atapattu and Sangakkara amassed a humongous 438-run stand. He missed out on a triple hundred though but Sri Lanka cruised to massive innings win

3.   232 vs South Africa at Colombo (SSC) in 2004: This was Sangakkara’s second double-hundred in the year and had already established himself as one of the premier Test batsmen in world cricket. With Shaun Pollock, Makhaya Ntini and Jacques Kallis operating in their pomp, the Proteas had a formidable bowling attack. Sangakkara stood tall and wore down the opponents with an expansive array of drives and pulls. It was a flawless knock and might probably rank as the pick of the lot too. He also backed it up with a fluent half-century in the second innings to pile up a huge target for the opponents. South Africa had a miserable outing in the series and Chaminda Vaas ran through the visitors’ batting order to set up a Sri Lankan win.

4. 287 vs South Africa at Colombo (SSC) in 2006: Sangakkara’s marathon double-hundred is not talked about as it should have been as it was eclipsed by Mahela Jayawardene’s astounding triple-century. Cricket statisticians gasped for breath as the two best friends and the doyens of Sri Lankan cricket teamed up to bring the highest partnership in Test cricket for any wicket. Jayawardene walked away with all the headlines as his 374 was the third highest score in Test Cricket. The 624-run stand still stands eight years on. Muralitharan took care of the rest as the spin wizard’s 10-wicket haul set up a Sri Lankan victory by an innings and 153 runs.

5. 200* vs Bangladesh at Colombo (P. Sara Oval) in 2007: Continuing on what has been a recurring theme in his career so far; he skips and jumps on to milestones. None of the other Sri Lankan batmen got a hundred as Sangakkara eased his way through the minnows’ bowling attack. Hogging most of the strike, this was a carefully stitched double ton but still had the Sangakkara stamp all over it. This turned out be yet another innings win for Sri Lanka.

6.   222* vs Bangladesh at Kandy in 2007: This was truly a special double hundred as it was Sangakkara’s first in his hometown, which came just over a week after his previous feat. Mahela joined the party too and the batsmen gorged on the Bangladesh attack. Scoring at almost five runs per over, Sri Lanka rushed to 500 and Sangakkara brought up his quickest double hundred here. It was yet again unbeaten knock but Kandy’s favourite son, Muralitharan stole the show with a 12-wicket haul to bamboozle the Bangladeshis

7. 219 vs India at Colombo (SSC) in 2010: Finally, Sangakkara broke his duck against India and it was in the batting paradise of the SSC. Indian bowlers toiled and got little rewards as Harbhajan Singh and Praghyan Ojha blunt the attack. Sachin Tendulkar and the Men in Blue hit back in the same coin and had their own bit of feast on the dead wicket. The match headed to a tame draw.

8. 211 vs Pakistan at Abu Dhabi in 2011: Sri Lanka collapsed in the first innings and after Pakistan posted a huge score in reply, the Lankans had their backs to their wall. The matched ended in a draw but in terms of overall impact in the game, this was the most crucial double hundred. It surely was match saving in the very sense and Sangakkara’s first in the second innings.

9. 319 vs Bangladesh at Chittagong in 2014: Bangladesh yet again were brought to their knees and after years of coming close to the figure, Sangakkara got his first triple hundred. After cruising to a double hundred, the final hundred and more runs came in double quick time, laced with many big sixes.

10. 221 vs Pakistan at Galle 2014: Sangakkara’s tenth and like fine wine, continues to get better with age. Skill, application and powers of concentration joined hands with the man’s insatiable appetite to put the Pakistan attack to sword yet again. This puts him just behind Bradman and in this vein of form, nobody can bet against him equaling or beating it. 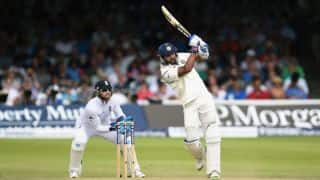 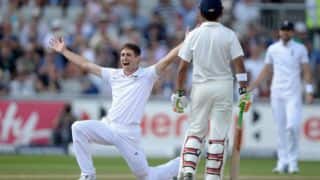