Within a few months of responding an ad on Facebook, Kyle Christie made his international debut for Hong Kong against Papua New Guinea (PNG).

You may stay away from social media. You may not even have an account. You may scoff at the very idea. But you cannot actually deny the power and stature it has attained over time. While it helps us keep in touch, exchange ideas and views and even establish friendships and business contacts, representing a country in a sport courtesy Facebook sounds too far-fetched. Unless you have heard of a Perth boy called Kyle Christie, that is. When Cricket Hong Kong (CHK) had put up an advertisement on their Facebook page that read Calling all Hong Kong born cricketers overseas, Christie had immediately got in touch with CHK. Within a few months made his international debut for Hong Kong against Papua New Guinea (PNG).

Talking about his journey from being a club cricketer in Perth to making his Hong Kong debut Christie says, I was born in Hong Kong, left here when I was three, moved to Australia with my parents. Been playing club cricket back there, think I am going pretty well. I know a few of the guys over here, who are from Perth. I saw something on Facebook, saying looking forward to seeing Hong Kong born players . I got in touch. They got back in touch with me and invited me out for a trial. Sort of been pretty full on from then. So, that was in November last year. Since then I have hardly been home, to be honest Kenya, Hong Kong, Sydney, Dubai it s been full on. But it s been absolutely fantastic and I m loving it.

Christie has played with some big guns like Misbah-ul-Haq and Ian Bell (among others) in the recently concluded Hong Kong T20 Blitz. He says the experience of playing with such renowned cricketers has been a fascinating experience. It s been absolutely fantastic. Most of the results haven t gone our way. But, these experiences you get playing with the international big stars is absolutely fantastic and is something you may never do again, says the 23-year-old fast bowler.

When quizzed about who in particular helps him out, Christie responded, Sort of bit of everyone. Not one person in particular. You look to your superiors, I suppose. The likes of Misbah he is very knowledgeable; Ian Bell, obviously; George Munsey from Scotland; and also few of the local guys, who know what the pitch conditions are like. They have been of great help and it has been fantastic.

Christie is part of the ACC Emerging Teams Cup, which will be played in Bangladesh from March 25 to April 2. This is an Under-23 tournament, which will have teams from full member nations like India, Pakistan, Sri Lanka and Bangladesh. Associate nations like Nepal and Afghanistan will take part in this competition as well.

Simon Cook, former Middlesex and Kent fast bowler, was appointed head coach of Hong Kong after Charlie Burke was elevated to the role of Director of Cricket. Cook, however, will not travel to Bangladesh for the ACC Emerging Teams Cup in Bangladesh as he is expecting the birth of his second child. With 141 matches, 2,577 runs and 342 wickets under his belt, Cook is an ideal coach for Christie: Head coach Simon Cook, an ex-bowler himself, has been absolutely wonderful since I have come into this set-up. He is helping me break down a few things I need to work on and it should be a good off season.

Having conceded 18 runs in his only over in international cricket, Christie is looking forward to many more opportunities to play for Hong Kong: It has been a rocky road. Obviously, the first one did not go as planned. Plenty more to come, I hope.

CHK CEO Tim Cutler, however, reveals Christie was not the only cricketer they acquired from their Facebook campaign: We put out a campaign on Facebook. Anyone born Hong Kong or had a Hong Kong passport played cricket that was interested in getting back in touch and being part of our programs. We held some trials in England when we were there recently for the Intercontinental Cup match against Ireland and ODIs against Scotland. Funny enough, we actually had two players from Australia. Chloe Ip Hong Kong-born, living in Melbourne and playing indoor cricket for Victoria and representative cricket, played for Hong Kong in the Women s World Cup qualifiers that we hosted here late last year. Kyle Christie answered the call as well first-grade cricketer from Perth. He is now on an overseas-based player contract, said Cutler.

We have him here and he will hopefully be going to the Asian Cricket Council Emerging Teams Cup. He is a really mature young man who has impressed everybody with his skills and outlook on life. Luckily, he is able to take leave from his work and is able to come and represent Hong Kong. Seeing him bowl in this Hong Kong T20 Blitz, there s a huge amount of talent there. It s great to have players like Kyle and Chloe involved, Cutler added.

Cutler also mentioned that CHK will open its doors to anyone, who wants to play for Hong Kong, provided they have a Hong Kong passport. Hong Kong is not a country that gives out passports easily. Anyone who holds a Hong Kong passport is a true Hongkonger. Lots of kids who were probably born and brought up here have moved away and still want to play cricket. It is just a matter of us bringing them back into the fold.

So, the next time you are accused of wasting time on Facebook by your parents or bosses, make sure you share this incredible story with them! 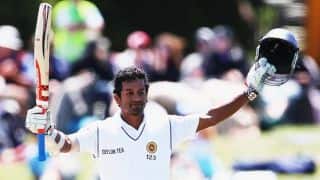 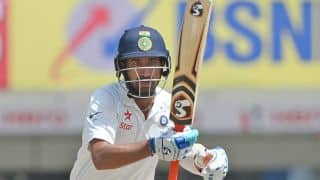