Lall Singh was an Indian cricketer who was a live-wire on the field and known for his ball catching skills.

Born, December 16, 1909, Lall Singh was an Indian cricketer who was a live-wire on the field and known for his ball catching skills. He neither had good amount of runs with bat not much wickets with the balls but still remained in the team for his brilliance on the field. On his birth anniversary, Abhishek Kumar digs out eight little known facts about him.

Singh was born in Kuala Lumpur, Malaysia and was the only Test cricketer born there till Stephen O’Keefe made his Test debut for Australia in 2014, who was also also born in Malaysia. Singh used to play for Federated States of Malaya during those times. Beside, being Malaysian, he was also the first Sikh Test player for India.

His brother BS Gill was also a cricketer and represented for Malaya and Federated States of Malaya. He never played any First-Class match.

Singh would not have been the part of India’s first Test match in 1932, if he hasn’t scored 52 just before a week of that match. His selection was not an obvious one as Singh has only spent a handful of days in India. As per the law of Imperial Cricket Council (the previous name of ICC), his selection in the team was impossible but however they gave him permission to represent India in that match and mentioned that the incident was “not to be regarded as a precedent.”

He scored only 15 and 29 in the match but left an impression with his spectacular fielding by running out Frank Woolley at nine and brought down England to 19 for three.

During the fourth innings of India’s first Test match, Singh came to the crease at the score of 83 with five wickets down. Soon two more wickets fell and they were seven down for a mere score of 108. Amar Singh  walked out in the middle who played fearlessly. Singh along with Amar added 74 in 40 minutes, which was India’s first fifty run partnership for any wicket and it also remained a record eighth wicket stand till 1954-55.

Singh was widely known for his incredible athletic fielding skills and was perhaps India’s first specialist fielder, as his First-Class numbers does not speak much neither about his batting or bowling. In 32 matches, he scored 1123 runs at 24.95 with a single hundred and took only one wicket in his domestic career.

6. Employed by Maharaja of Patiala

After playing his first Test, Singh stayed back in India as he was employed by Maharaja of Patiala (Ranjitsinhji) for his services and played Ranji Trophy for Southern Punjab and also for Hindus in Bombay Quadrangular.

Singh was amongst the oldest players to be invited to attend the Golden Jubilee Test at Bombay in 1980 to celebrate the 50th anniversary of the founding of Board of Control for Cricket in India (BCCI).

Singh was married to a singer of Taj Mahal Hotel but it is still not clear what he did after his playing days. Many said that he used to run a nightclub in Paris, while some said that he returned back to Kuala Lumpur and lived as a groundsman.  He died a month before his 76th birthday on November 19, 1985.

(Abhishek Kumar is a cricket devotee currently staffing with CricketCountry.com. He can be followed at @abhik2593) 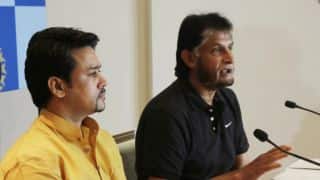 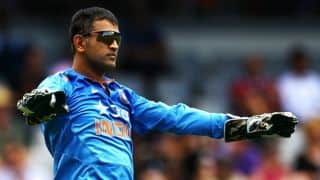