Lance Klusener almost took his team to glory in the 1999 Cricket World Cup with his aggressive all-round cricket.

Born September 4, 1971, Lance Klusener is a former South African all-rounder who almost took his team to glory in the 1999 Cricket World Cup with his aggressive all-round cricket. Abhishek Kumar lists out 9 interesting facts about the cricketer.

It was at the iconic Eden Gardens in Kolkata where Lance Klusener made his Test debut. It was a surprise selection as he was taken ahead of paceman Fannie de Villiers. However, the cricketer had an outing to forget as Klusener was totally outplayed by Mohammad Azharuddin, with the Indian skipper hitting him for four consecutive boundaries an over.

But in the second innings, Klusener came back with a bang. He made a slight change to his strategy by shortening his run-up. The Test was expected to end in a draw but it was Klusener s remarkable spell of eight for 64 which turned the match in South Africa s favour. And yes, Klusener also managed to settle scores with Azharuddin.

Zulu is one of the official languages of South Africa, with about 10 million people speaking the language spread throughout the country. Klusener was nicknamed Zulu because of his fluency in the language. Klusener was from the same community.

Though Klusener began his career as a bowler, but later he blossomed into one of the most dangerous batsmen around 1999. In the 1999 Cricket World Cup, he was effective with both bat and ball. In nine matches, Klusener scored 281 runs with his batting average sky-rocketing to 140-plus. Klusener had the highest strike-rate in the tournament of 122.20 Klusener nearly took the South Africans to the World Cup glory, had that monumental misunderstanding in running between the wickets with Allan Donald not happened, in the semi-final versus Australia. Klusener finished the tournament with 17 wickets, only three behind Geoff Allot from New Zealand and Shane Warne from Australia, who were the joint highest wicket-takers with 20 wickets each.

4. A call from Nelson Mandela

Despite crashing out from the World Cup 1999 in a bizarre manner, when Klusener returned to his nation, he was stunned by the welcome that he received. Alongside a large crowd welcoming him, there was a phone call from Nelson Mandela. Initially Klusener didn t believe in his teammates but when went on to take the call. Both Mandela and Klusener spoke in Zulu.

It was all clear from Graeme Smith s end that he does not want Klusener in his team when he was appointed as the captain. Smith, who retired as one of the greatest South African captains, described Klusener as a “disruptive force” to the younger players within the South African cricket team. But Klusener believed that Smith felt threatened by him and that is why got rid of him.

6. Most five-wicket hauls by any South African in One-Day International (ODI) cricket

Klusener claimed six five-wicket hauls in ODIs, but it will remain a mystery that despite enjoying immense success in the 50-over format, the all-rounder did not make much mark in Test cricket with his bowling.

Klusener continued to play County and domestic cricket after hisinternational cricketing career ended, and later in the late 2007, he featured in the Indian Cricket League (ICL) Twenty20 tournament for Kolkata Tigers team, which continued till 2009.

After ending all ties with ICL, Klusener completed his Level-three coaching course provided by Cricket South Africa (CSA) in 2010, which led to his negotiation with Bangladesh Cricket Board (BCB) to join them as a bowling coach. Following this, he was later appointed as interim head coach of the Dolphins for 2011-12 season. Klusener was also appointed the head coach of TNPL franchise Lyca Kovai Kings in 2016 and continues to coach the side for the second edition as well.

9. Glimpse of Klusener in Thisara Perera

Graham Ford, who is better known for his coaching than as a cricketer, once said in 2012 that Thisara Perera of Sri Lanka reminded him of Lance Klusener. Perera is also the left-handed batsman and a potent bowler like Klusener. Ford was Sri Lanka s coach in 2012. 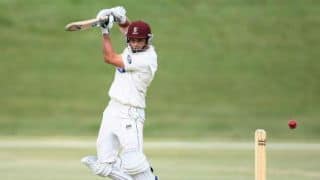