A glimpse at the some of the family trees that have existed in Test cricket.

By Abhishek Mukherjee and Shiamak Unwalla

Four brothers and a son:

Trivia: Eldest brother Raees Mohammad was the 12th man in the first Test on Pakistan soil.

Trivia: Ajay Jadeja is also remotely related to the family.

Three brothers and a son:

Trivia: The Hearne family had as many as four George Hearnes; Frank’s father and cousin were also named George, both of whom played First-Class cricket.

And Test cricket’s newest set of father and sons:

Trivia: Rene and Fernie Shevill were the first twins to play Tests.

Mahendra Nagamootoo was the nephew of both Alvin Kallicharran and Rohan Kanhai.

Dattaram Hindlekar’s nephew was Vijay Manjrekar, whose son is Sanjay.

Pankaj Roy’s nephew was Ambar and son is Pranab.

Brendon and John Bracewell are brothers. Doug is Brendon’s son.

Graeme and Peter Pollock are brothers. Shaun is Peter’s son.

Brian Lara’s nephew is Darren Bravo, whose half-brother is Dwayne.

Brothers Merv and Neil Harvey both played Test cricket, while their other brother Mick Harvey was a Test umpire. 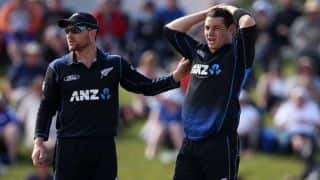 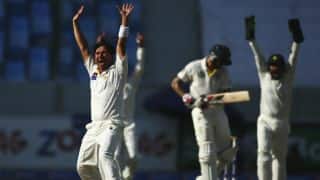 Pakistan vs Australia 2014: Are Australia really that susceptible against spin?