Fifty five years ago, Frank Worrell, Everton Weekes and Clyde Walcott appeared together for the last time in Test cricket. Arunabha Sengupta looks back at the three very special men linked by greatness, runs and a letter of the alphabet. Fifty five years ago, Frank Worrell, Everton Weekes and Clyde Walcott appeared together for the last time in Test cricket. Arunabha Sengupta looks back at the three very special men linked by greatness, runs and a letter of the alphabet.

The swansong of a great chorus was but a short painful moan.

The previous day at The Oval, Peter Loader had got Frank Worrell caught at the short leg for four. And then Jim Laker had bowled Clyde Walcott for five and induced Everton Weekes to lob one into the leg trap for no score.

Exactly 55 years ago, West Indies started their second innings, following on after having folded for 89 in reply to England’s 412. It was to be the last day that the famous three Ws would appear together in Test cricket. And they did not go out in a simultaneous flash of glory.

This time it was Tony Lock who did the damage. Worrell was caught in the slips for nought. Weekes, widely considered to be the best batsman of the three, was bowled by the same bowler and bagged a pair. Walcott waged a lone battle, and was unbeaten on 19 when the innings folded for 86. West Indies, lost their second match on the trot and surrendered the series 0-2.

After this, Weekes played for another year. Walcott hung around till 1960, playing sporadically. Worrell did become the first black man from the islands to take up the reigns of captaincy on a regular basis and continued well into the next decade. But they never again took field together. No more did the West Indian line up witness the alliterative middle order.

Days in the sun

During the 10 years that they ruled at the top, the three Ws had been legends – part of the Caribbean folklore.

With one Learie Constantine lighting up grounds with magical ability and another George Headley piling up runs to kindle the imagination, the West Indies had never really been a major power in cricket before the Second World War. However, as they were going through the formative years of Test cricket, three men were growing up, who would put them permanently on the map.

Starting 1924, in three successive years, in Barbados and in reverse alphabetical order, Worrell, Weekes and Walcott saw the light of the day. And by the late 1940s, they had all made their respective marks, appearing together in a Test for the first time in 1948 against England at Port of Spain. It was Worrell’s debut, and he fell three short of a century. Weekes and Walcott were both in their second Tests, the latter doubling up as a wicketkeeper, and ended up scoring 36 and 20 respectively. Thus began rule of the triumvirate in the West Indian line up.

Weekes was the most compact of the three, possessing the best technique, Heralding from a social background which, in those days of West Indian cricket, made it difficult to secure a place in the side; he quickly sealed his berth with a run of five centuries in successive Tests.

Worrell was the artist among the three, a delight to watch, who never seemed to strike a ball, preferring to persuade it on its way. He also bowled left-arm medium-pace well enough to take seven for 70 in a Test innings. A true ambassador of the islands, he died young and was the first cricketer to be honoured with a memorial service in the Westminster Abbey.

Walcott was the most thrilling to watch, a mighty hitter with aggressive instincts who demoralised the best of attacks. He kept wickets in his early days, well enough to do it for the West Indies, but it was difficult for a man of his giant proportions, and left him with a back injury. It was his blistering batting, however, that earned him fame and fear in the hearts of all, and he rounded off a life worth living by becoming the chairman of the International Cricket Council (ICC).

The christening of the troika as The Three Ws probably took place during the historic tour of England in 1950. In the second Test, Walcott bludgeoned 168 not out as Sonny Ramadhin and Alf Valentine spun them to their first win in the Blighty. In the next match at Trent Bridge, Worrell scored 261 and Weekes 129, putting on 283 for the fourth wicket in another huge victory.

With the spin twins, the all-round skills of Gerry Gomez, and the stolidity of Allan Rae and Jeff Stollmeyer at the top, the three Ws in the middle helped to establish West Indies as a force to reckon with, perhaps second only to the Australians.

There were moments of heavenly confluence when the three of them scored big together. Against India, at Sabina Park in 1953, Worrell caressed 237, Walcott blasted 118 and Weekes stroked 109. The next year, in Port-of-Spain, Weekes scored 206, Worrell 167 and Walcott 124, the unfortunate opponent being England.

In the 29 Tests that they played together, they scored a cumulative total of 7067 runs at 49.62 with 22 hundreds between them.

During their heydays, from 1948-1958, the West Indies middle-order was the best in the world, averaging 48, nine runs clear of Neil Harvey, Lindsay Hassett and the others of Australia.

The 29 Tests they played together, however, were not very successful for the team. West Indies won seven and lost 12, drawing the remaining 17. Much of this damage was caused by the thunderbolts of Ray Lindwall and Keith Miller, blowing them away in six of the seven Tests against Australia. The final series against England also considerably dented the figures.

Like all great teams formed together, their brilliance petered out as they aged as one. In the last 12 Tests, there were as many as eight losses to go with four draws.

Yet, for a decade, they remained the most dreaded combination of middle-order batsmen in the world, with contrasting styles, and individual brands of greatness. 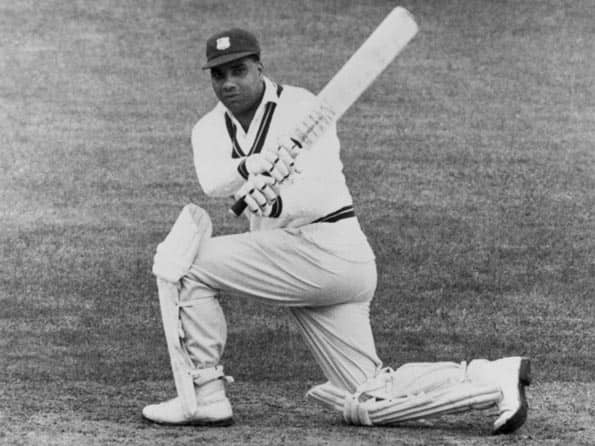 The uniqueness of the Ws

How special were the three Ws?

Their records speak eloquently for them, as do the legends surrounding them. However, what passes unnoticed is how rare it is for three such great men to share the same first letter of their last names, while emerging from the same island.

Given that Barbados has historically produced just about 30% of the West Indian cricketers; and that according to their telephone book, only 7% of the last names start with W; getting three such batsmen playing together for West Indies corresponds to a probability figure of about nine in a million. For them to be three leading lights in the history of the game whose careers coincided for that long? It is nothing less than the rarest of freakish coincidences.

If Kenya rises as a cricketing nation, one day we may have a gamut of great Os in their line-up. Until then, Worrell, Walcott and Weekes will continue to occupy a very, very unique place in the annals of cricket.

IIT student resolves paradox of Shahid Afridi not aging beyond 18!