Both England and South Africa deserve a pat on the back for the approach they’ve adopted in this series. The South Africans have often fought their way out from complex situations, whereas the English showed maturity in quickly putting behind the Pietersen saga and giving their best out in the middle. 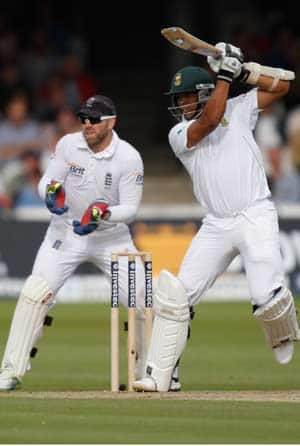 This series between England and South Africa was touted to be one of the most riveting encounters even before it began, and as the first day’s play of the third Test came to a close, it’d be safe to say that many of the predictions were indeed right. Agreed, issues off the field did steal some spotlight, but it’s now heartwarming to watch these top two teams do what they do best on the field. England has fought back as champion sides are expected to, whereas the South Africans have proved why they deserve to be the top side in the Test arena with their resurgence that has been prevalent throughout this series. Credit must be given to both these teams for some excellent on-field action.

In my article previewing the England-South Africa series, I’d written about how England had the upper hand since their lower-order was capable of reinvigorating under strenuous circumstances and that the South Africans could lose their edge in this regard. But Vernon Philander and Dale Steyn did a good job of disproving that theory, and it now appears that the South Africans, by all means, could post a total of over 300 in the first innings, which is a competitive score on this Lord’s wicket. Moreover, their bowling has the firepower to restrict an English side, depleted by the absence of Kevin Pietersen.

The beauty of watching top sides battle it out in Test cricket is that you know they’ll always fight for every last inch, no matter how battered they appear. The men who ruled the roost in this Test series so far – Graeme Smith, Alviro Petersen, Hashim Amla, and Jacques Kallis – were all dismissed cheaply during the very first session of the third Test, and the possibility of South Africa posting a paltry total looked inevitable. Social networking websites were rife with people quick to remind South Africa of their ‘chokers’ tag. But it’s surprising how easily some forget the fact that top sides can stage comebacks from depths of despair. In Test cricket, there is always a possibility of a side regrouping, and the South Africans proved exactly that.

Both England and South Africa deserve a pat on the back for the approach they’ve adopted in this series. The South Africans have often fought their way out from complex situations, whereas the English showed maturity in quickly putting behind the Pietersen saga and giving their best out in the middle. It’s such attitude that guarantees bums on seats, irrespective of the format. Although the first Test was one-sided, it’d be fair to say that England showed character during the second Test and the first day of this third Test. It’s their grit that has still kept them alive in this series. Pietersen played his part, but Stuart Broad’s magnificent spell ensured that his side could at least have a go at victory from an improbable position.

When South Africa was at 65 for four during the first session of the all-important ongoing Test, they had every reason to panic and succumb under pressure given their past. England had the opportunity to steamroll them, but some tenacity from Jacques Rudolph, JP Duminy, Philander and Steyn has ensured that this Test series lives up to its reputation. A score close to 300 could make life difficult for England, but to write them off just yet would be a mistake. Pietersen’s presence would have further livened up this Test, but that’s something that’s been debated a lot since the past few days and is of no avail now.

A lot depends on Philander and Steyn – who’ve played exactly 16 overs between them – on Friday. Their innings could probably play a big role in the outcome of this Test and the rankings. Not many would’ve expected the South African tail to wag before the start of this series, but the fact now remains that South Africa’s destiny is in their hands. Morne Morkel is no mug with the bat and whatever he can contribute will be considered vital. It’d be interesting to see England’s approach when they come out to bat in the absence of one of their best batsman too. But whatever the end result of this series, there is no denying the fact that we’ve witnessed some good Test match cricket overall.